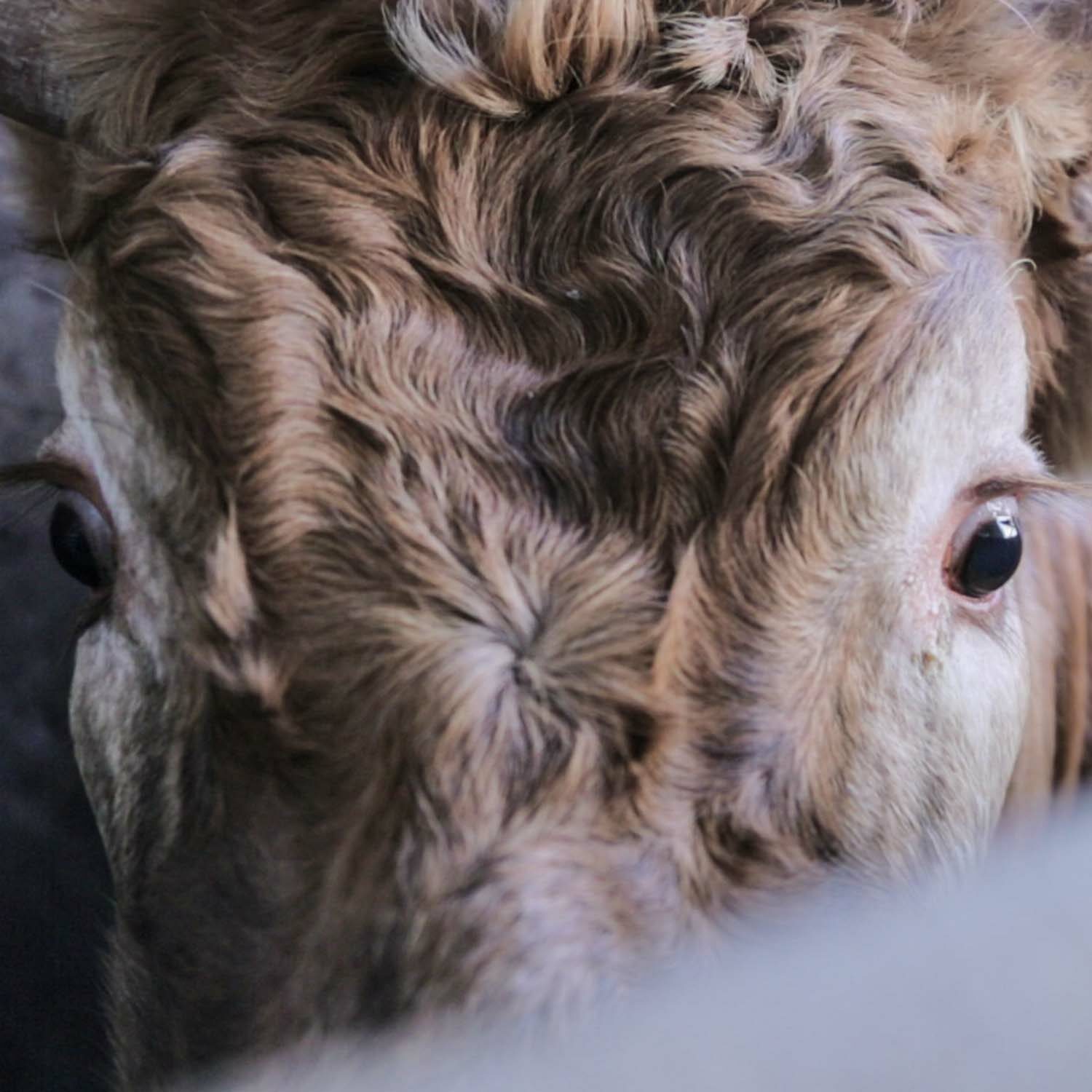 Animal Equality has conducted over 820 undercover investigations inside factory farms and slaughterhouses worldwide with one mission. A mission to show the world that the suffering of animals inside the meat, dairy, and egg industries is primarily the result of systemic cruelty and not the acts of individual “bad apple” workers. This abuse is foundational to factory farming.

Understanding Cruelty Within the Meat Industry

Animal agriculture is a powerful billion-dollar industry that works hard to hide animal abuse on its farms. But thanks to the work of brave undercover investigators, extensive evidence shows how animals raised for food are the subjects of two types of animal cruelty: systemic and egregious.

In factory farms, systematic cruelty refers to the constant suffering of farm animals due to the nature of industrialized farming operations. In contrast, egregious cruelty is the gratuitous abuse of farm animals by farm workers.

Animal Equality’s and other animal protection organizations’ top priority is to eliminate the systemic cruelty that exists within the industry today. But this has proven challenging because many day-to-day, abusive practices in industrialized farming that keep operational costs low (and company profits high) are so commonplace that law enforcement doesn’t intervene. This is the very definition of an industry getting too big to fail.

Some of these abusive practices are even carved out as express exemptions from states’ animal cruelty laws. They include:

These harsh conditions in which the animals and the workers coexist often lead to individual acts of egregious cruelty, as witnessed by our investigators. Workers are forced to dissociate from the animals around them, viewing them as nothing more than objects. Studies have shown that this can lead to frustration and a lack of empathy, resulting in rough handling and acts of violence.

In 2012, three pig farm workers from El Escobar farm in Murcia, Spain, were arrested after Animal Equality turned over evidence of animal abuse captured by a whistleblower to the authorities. The video footage showed workers hitting pigs with iron bars and stabbing them with swords. The workers were convicted in 2016, receiving a one-year prison sentence and a three-year ban from working with animals.

Animal Equality investigators also captured footage of workers punching calves and kicking cows in the face at Pryland Farm in the UK in 2017. The workers were also filmed slamming large metal gates into cows and pinning calves to the floor while yelling at them. One of the workers who pled guilty received a twelve-week suspended prison sentence.

And in 2019, three workers at a farm in the UK were convicted of animal cruelty, received an eight-week suspended prison sentence, a community order of 100 hours of unpaid work, and were ordered to pay court charges. This resulted from investigative footage showing them kicking pigs in the face, jabbing them with pitchforks, and slamming metal gates on their heads.

Prosecuting the individuals responsible and getting justice for abused animals is crucial.

However, it’s only a short-term solution for a much larger problem.

Large corporations have escaped justice for too long by placing the blame on one “bad apple.”

In an attempt to look like the good guys, they fire the worker who committed the acts and insist that it’s a rare occurrence that won’t be tolerated.

However, history has shown us time and time again that not only do these companies tolerate it, they don’t make any improvements to ensure it doesn’t happen again. Especially when the cruelty is the result of a fast-paced working environment, these companies have a profit motive to keep things moving as brutally fast as possible. This often means, among other things, using rough handling methods and failing to administer veterinary care to animals who become sick or injured as a result of these speeds.

Thankfully, some laws exist that state a company can be held responsible for the cruel conduct of its workers. This is possible when a factory farm worker commits acts of cruelty while acting within the scope of their employment, and the abusive conduct benefits the company.

As discussed above, these company benefits might take the form of cost savings (for example, by not spending money on veterinary care) or increased profits due to a larger number of animals processed, which is only possible by roughly handling the animals at impossibly fast speeds.

Holding these companies accountable instead of merely prosecuting individual workers would address the factory farming industry in its entirety. Legal action against the companies would set an example and deter them from allowing acts of cruelty by workers to continue. It would also incentivize them to make systemic reforms to day-to-day operations to avoid future liability.

This is why undercover investigations and legal advocacy are essential. They’re the core of everything we do at Animal Equality. The images we collect allow us to denounce their crimes and hold the individual and, most importantly, the company accountable.

You can help us do this by supporting our brave undercover investigators working tirelessly to capture the brutal reality of animals trapped inside the meat, egg, and dairy industries.

Animals are counting on you! Donate today to have your contribution matched!

You can also protect animals by leaving meat, eggs, and dairy out of your diet and substituting them for delicious plant-based alternatives. Check out our helpful site LoveVeg for recipes and tips!