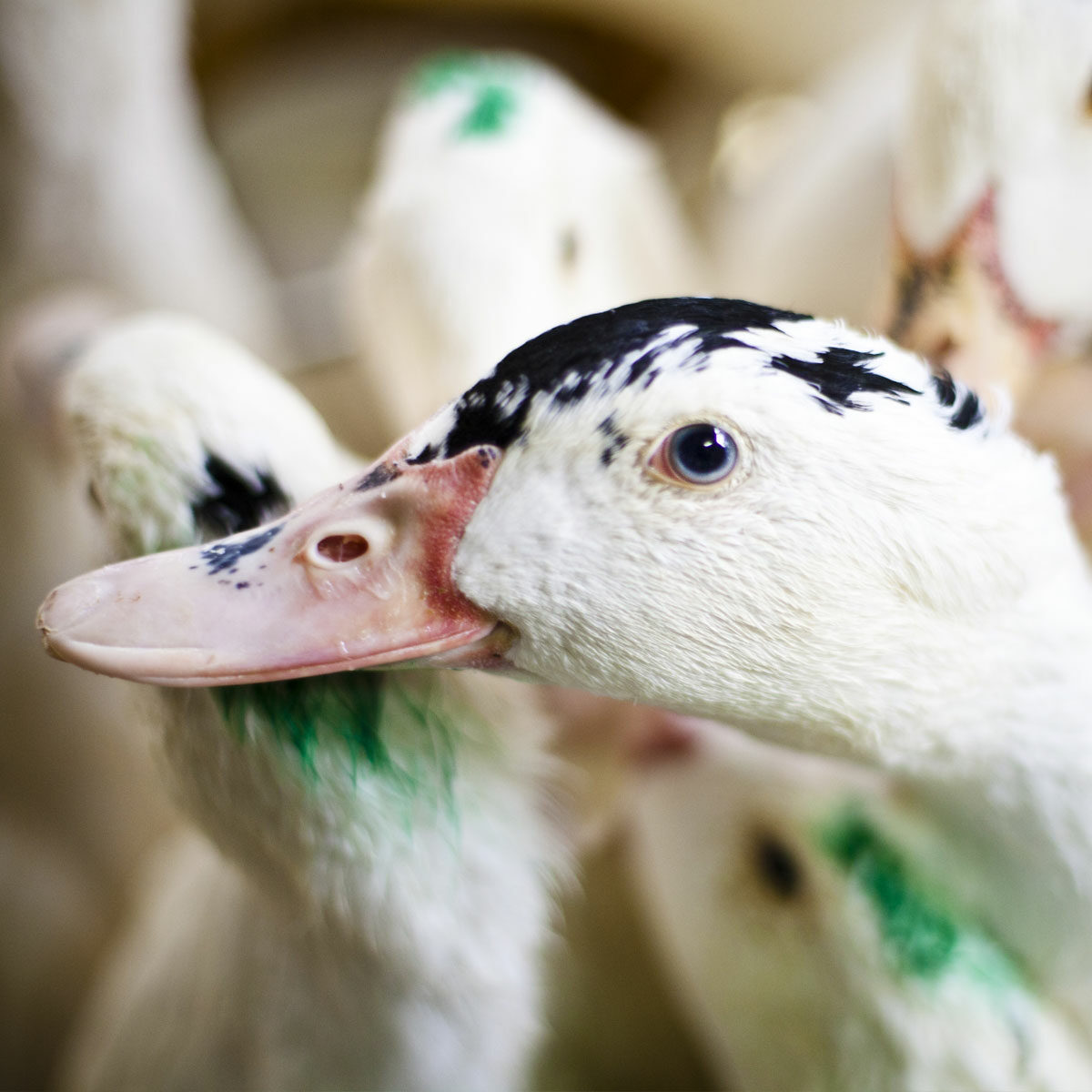 Claire Roberson Communications Manager
December 15, 2022
Animal Equality is continuing our efforts to ban one of the cruelest foods in the world in Portland, Oregon.

Animal Equality’s campaign to ban the sale of foie gras in Portland is heating up, as reported by Willamette Week. Sarah Hanneken, Animal Equality’s Legal Advocacy Counsel has spearheaded these efforts as we work to change local and state legislature on our way to a nationwide ban.

Proposed legislation that would ban foie gras in the city has been supported by concerned citizens. Each week, Portland City Council hears from those speaking out against one of the cruelty foods in the world. Around 43 people have already delivered speeches in front of City Council against the sale of foie gras. No one has spoken out in favor.

Foie gras directly translates to “fatty liver.” It is considered a “delicacy” in upscale markets and restaurants. However, the production of this animal product is one of the most controversial practices in animal agriculture.

Foot-long tubes are shoved down the throats of ducks and geese, who are then force-fed large amounts of grain, fat and compressed air. The animals endure this process three times a day until their liver becomes diseased at 10 times its normal size. They are then slaughtered at only 15 weeks old.

This inhumane process causes serious health consequences to the animals. Many experience damage to their esophagus and liver, have difficulty breathing, standing and walking, and even have cardiac or renal failure. The mortality rate of force-fed ducks and geese is 20 times higher than non-force-fed bir ds.

The images from the investigations directly resulted in progress to ban the cruel practice:

By February 2022, Animal Equality decided to launch a campaign in the United States for a nationwide ban. Foie gras remains legal in 49 out of the 50 states. California is the only state to have banned the cruel practice. Nearly 58,000 US supporters have signed their names against foie gras.

Add Your Name Against Foie Gras

Fighting for A Foie Gras Ban in Portland

Animal Equality is focusing on state and local legislation on our way to a nationwide ban.

Our Legal Advocacy Counsel and Portland lawyer, Sarah Hanneken decided to take on legislature close to home in Portland. Sarah has drafted an enforcement solution and ordinance proposal for the City to make the decision even easier.

Animal Equality will continue our efforts to convince City Council to introduce and pass a ban on foie gras.

You, too, can denounce the sale of foie gras in the United States. This unnecessary “delicacy” is inhumane and causes immense suffering to animals. Add your voice against this cruelty by signing our US petition to ban foie gras nationwide.

The best way to end the suffering of animals in our food system is by leaving them off your plates. Compassionate, plant-based alternatives to meat, dairy and eggs are more accessible and delicious than ever! Get inspired on LoveVeg.com!