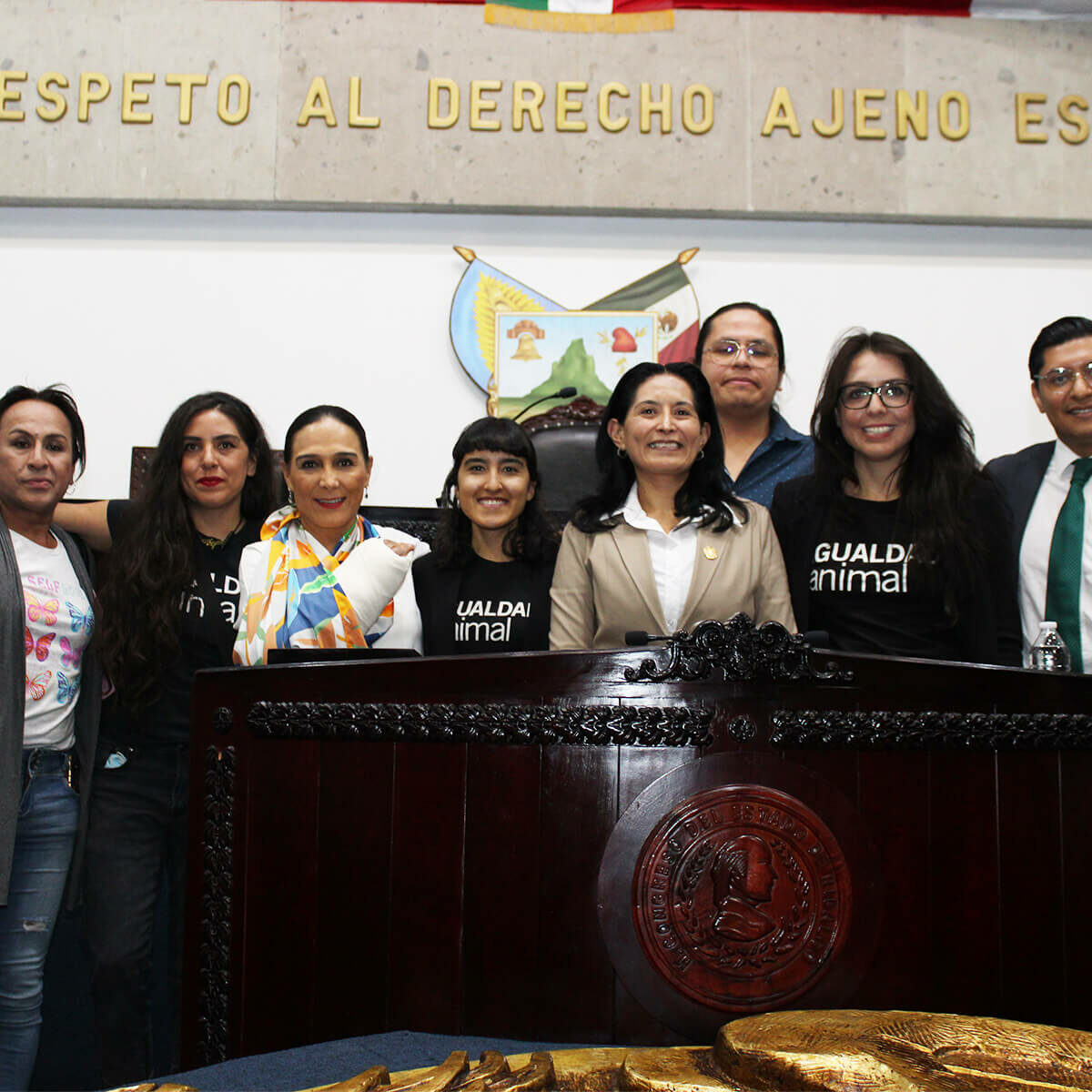 On July 13, Animal Equality UK attended the historic roundtable event at the UK Parliament to discuss the suffering of farmed fish. Representatives from animal protection organizations, industry figures, veterinarians, and animal advocates met to consider the current state of legislative affairs of farmed fish and the need for increased oversight and enforcement to protect these aquatic animals used for food.

Animal Equality presented the findings from our 2021 investigation inside a fish slaughterhouse operated by The Scottish Salmon Company to further show the minimal protection of farmed fish and the lack of standards inside fish slaughterhouses. In the UK, 77 million fish are farmed and killed every year for food.

Organized by the All-Party Parliamentary Groupon Animal Welfare and led by veterinary expert and co-chair Lord Trees, Animal Equality UK participated in the discussion considering the suffering of farmed fish at the time of slaughter and the need for changes to current legislation.

But this wasn’t the first time Animal Equality has been asked to sit next to upper-level government officials to discuss farmed animal protections.

Earlier this year, representatives of Animal Equality’s European teams met with members of the European Parliament (MEPs) to ask for their support of #EUforAnimals. The campaign seeks a new government position: European Commissioner for Animal Welfare and is promoted by more than forty animal protection organizations, including Animal Equality.

In the Mexican state of Hidalgo, Animal Equality’s team presented a new legal initiative to reform and add provisions to current animal protection laws. The reforms classify several acts of cruelty to animals as felony crimes and establish prison sentences of up to 4 years for those who commit them.

Representatives from Animal Equality’s team in Mexico were present as Congresswoman Elvia Sierra Vite presented the initiative to The Congress of the State of Hidalgo and as Congress unanimously approved the proposed reforms. With its passing, Hidalgo became the first state in Mexico to dedicate an entire chapter of law to protect the nearly 50 million pigs, cows, chickens, and other farmed animals in the state.

The initiative was approved in the Chamber in December 2021 and was passed on to the Senate. Animal Equality sat in the room alongside Italian Senators as the Senate approved the historic ban this past June. This step forward in protecting animals raised for food will protect between 25 to 40 million male chicks killed every year in Italy upon final confirmation in the Chamber.

Animal Equality is proud to be invited inside the Chambers of governments across the globe to present footage from our investigations and create protections for farmed animals. Where animal protection laws are being discussed, Animal Equality will continue to promote stronger legislation. And we will work to uphold these laws by finding and filming animal abuse in the meat and dairy industry to prosecute those who violate them.