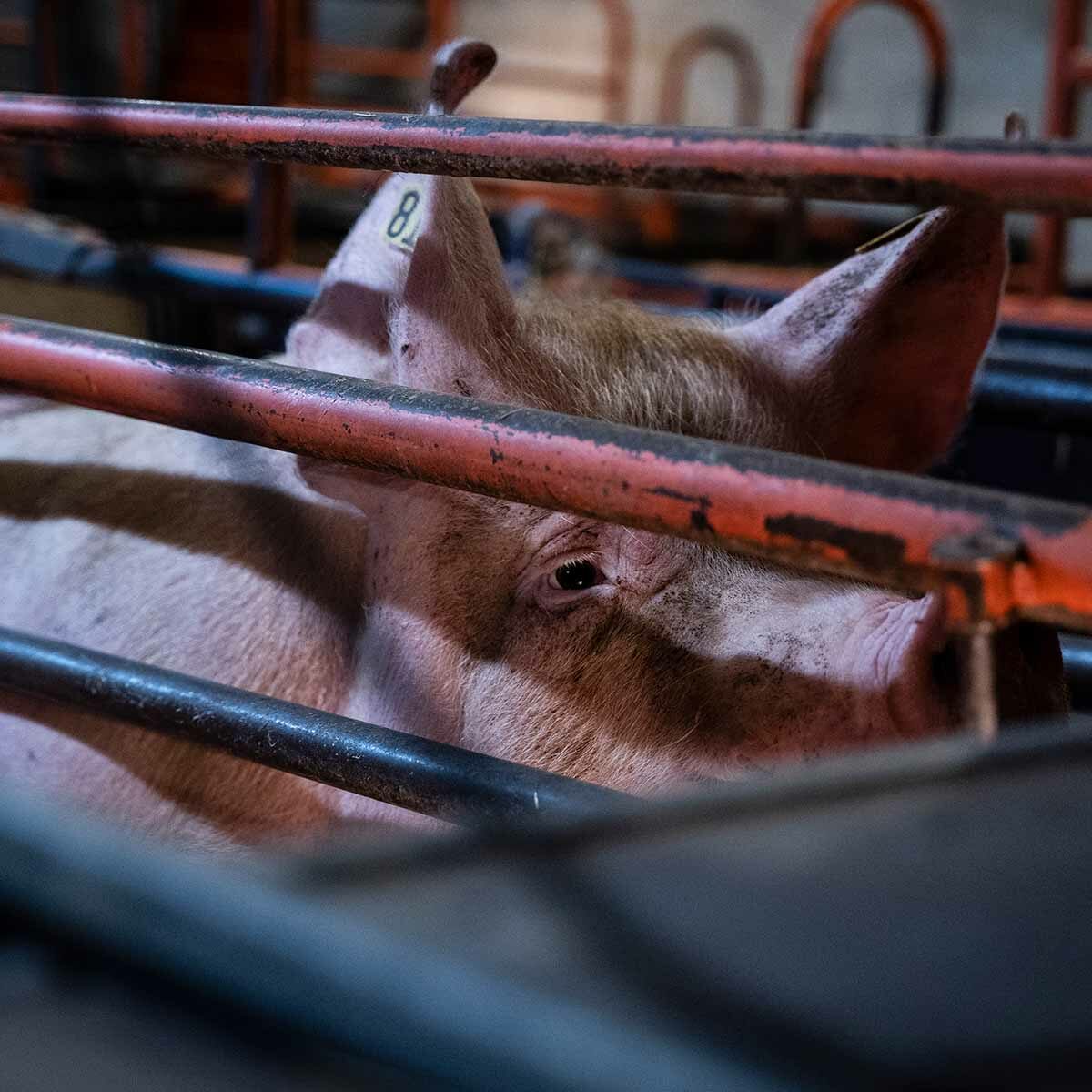 On Tuesday, October 11, the U.S. Supreme Court will hear oral arguments regarding California’s Proposition 12 (“Prop 12”). This is in response to the National Pork Producers Council’s lawsuit challenging the law.

Prop 12, formally titled the “Prevention of Cruelty to Farm Animals Act,” passed in California in 2018. The law received overwhelming support, with 63% of the vote. Prop 12 addresses the extreme confinement of hens, pigs, and cows:

…to prevent animal cruelty by phasing out extreme methods of farm animal confinement, which also threatens the health and safety of California consumers, and increase the risk of foodborne illness and associated negative fiscal impacts on the State of California.

Animals, like hens, pigs, and calves, on factory farms are confined to cages. The space they are given is small to maximize the number of animals housed in a facility. These cages do not allow animals space to move or turn around for most of their lives.

On these farms, egg-laying hens are crammed into cages where they can’t spread their wings. Baby calves are taken from their mothers and confined in crates so small they can barely move. Mother pigs are locked in crates barely larger than the width and length of their bodies, unable to even turn around.

Prop 12 is considered the United States’ strongest farmed animal protection law. It was introduced to phase out confinement and improve animal welfare and food safety. And it establishes minimum requirements for farmers to provide adequate space for hens, pigs used for breeding, and calves used for veal. Animal products sold in California, including products imported from other states, must be in compliance with these requirements.

The Act also helps protect the public health of Californians by reducing conditions where food safety and pandemic threats have been shown to increase. The Center for Food Safety endorsed Prop 12 based on studies showing the link between animal confinement and food safety threats like E. Coli and Salmonella. Studies also indicate confinement breeds conditions for life-threatening pandemics like bird and swine flu and COVID-19.

On September 27, 2021, the National Pork Producers Council (NPPC) and American Farm Bureau Federation filed a petition to bring their case opposing Prop 12 in front of the U.S. Supreme Court. They claim Prop 12 violates the Commerce Clause of the U.S. Constitution. This clause restricts the ability of states to regulate commerce outside of their borders.

By challenging Prop 12, the NPPC is asking the Supreme Court to value the rights of giant corporations over the rights of states and communities to address cruelty to animals, protect public health and improve food safety. A ruling in NPPC’s favor could radically limit the authority of states to handle such concerns.

California does not stand alone in addressing animal confinement in its law. In the U.S. Nine states ban or restrict crates for mother pigs – Arizona, Colorado, Florida, Maine, Massachusetts, Michigan, Ohio, Oregon, and Rhode Island. And nine states in addition to California have banned the use of cages for hens – Arizona, Colorado, Massachusetts, Michigan, Nevada, Ohio, Oregon, Rhode Island, Utah, and Washington.

Listen to the audio feed from inside the Courtroom of the Prop 12 arguments and view the transcripts: