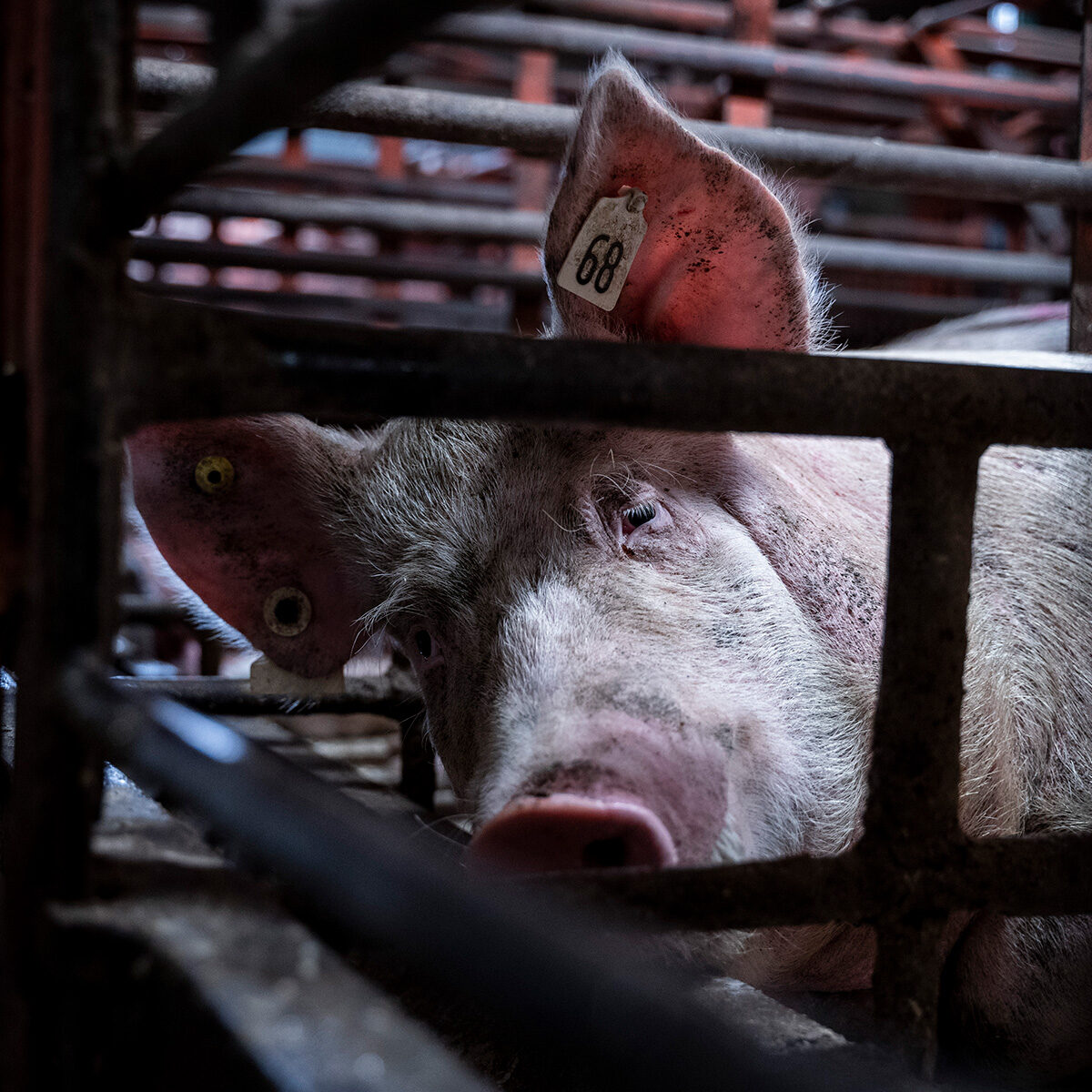 Claire Roberson Communications Manager
June 23, 2022
The Biden administration has filed a brief in the Supreme Court backing the National Pork Producers Council and the American Farm Bureau Federation in their challenge of California’s Proposition 12, otherwise known as the “Prevention of Cruelty to Farm Animals Act,” that is considered the United States’ strongest law that improves living conditions for farmed animals.

The Biden administration has filed a brief in the Supreme Court that backs the National Pork Producers Council (NPCC) and the American Farm Bureau Federation (AFBF) in their challenge of California’s Proposition 12.

Proposition 12, otherwise known as the “Prevention of Cruelty to Farm Animals Act,” is considered the United States’ strongest law that improves living conditions for farmed animals. It establishes minimum requirements for farmers to provide adequate space for hens, pigs used for breeding, and calves used for veal. It also prevents California businesses from selling animal products that come from farms outside of the state that do not meet the minimum requirements.

This measure was presented to California voters on their ballots in 2018 and passed with 63% of voters in favor of the new animal protection law. Despite popular support, Proposition 12 has been opposed by the meat industry which notoriously chooses profits over animal welfare. However, their attempts to overturn the law have so far been unsuccessful…but they are hopeful the Supreme Court will change that.

On September 27, 2021, the NPCC and AFBF filed a petition to bring their case opposing Proposition 12 in front of the United States Supreme Court. They claim Proposition 12 violates the Commerce Clause in the U.S. Constitution. This clause restricts the ability of states to regulate commerce outside of their borders.

On March 28, 2022, the NPCC’s and AFBF’s petition was granted. The Supreme Court began accepting briefs from organizations that opposed and were in favor of Proposition 12. On June 17, the Biden administration filed a brief siding with the pork industry.

It is extremely disappointing that the Biden administration has chosen to side with the powerful pork industry, completely disregarding clear principles of constitutional law, as well as the wishes of millions of Americans. It is a sad example of the undemocratic influence that big meat companies have over the political process. We will fight harder than ever to ensure the rule of law and the voices of compassionate Americans cut through the noise of corporate lobbyists.

In the brief, Solicitor General Elizabeth Prelogar claims California “has no legitimate interest in protecting the welfare of animals located outside the state,” quoting a previous Supreme Court decision. The brief continues to say, “Voters in pork-producing States must determine what constitutes ‘cruel’ treatment of animals housed in those States — not voters in California,” quoting a 1935 Supreme Court decision, Baldwin v. G.A.F. Seelig Inc.

Send these Tweets or create your own using #ProtectProp12

You can also lend your voice against this cruelty by signing our petition to put an end to factory farming.