In a historic decision by the court, the men received a one-year prison sentence and have been banned from working with animals for three years. The third man is on the run.

“This is the highest penalty for abuse to farm animals in the history of Spain and we are glad that the animal abusers were found guilty,” said Javier Moreno, International Director of Animal Equality who exposed the case.

He added: “At Animal Equality we will continue exposing the suffering of animals in the meat industry to create a society in which farm animals are protected.” 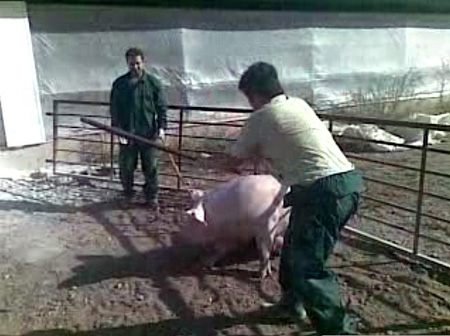 In February 2012, international organization Animal Equality shared a video with images of the animal abuse inside El Escobar farm, located in Murcia, Spain.

The images, which were captured by one of the workers, showed farm staff brutally hitting pigs with iron bars and stabbing them with swords while mocking their suffering in front of the camera. The video also shows one of the workers opening up a pregnant pig’s abdomen and uterus with a knife in order to remove her babies while she was still conscious. 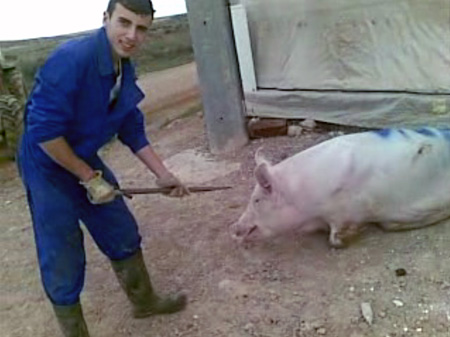 In an interview, the whistleblower admitted to Animal Equality that those were standard practices that took place every day at the farm.

The police detained three workers 48 hours after Animal Equality reported the crimes and turned over the evidence.

Publications such as The Sun, Daily Mail, El Mundo and Today.it included stories about the case and the historical sentence.