With an initial lack of words followed by countless questions and visibly physical reactions upon finishing the experience, it is obvious that virtual reality has only just begun to find its place in animal protection.
January 28, 2016

Animal Equality has joined forces with Condition One to introduce a revolutionary means in animal protection through use of virtual reality at the 2016 Sundance Film Festival in Park City, Utah. With the 360-degree immersive experience, viewers are transported into a whole new world. Our 12-minute video inside a factory farm and slaughterhouse leaves the observer breathless with magnified empathy. 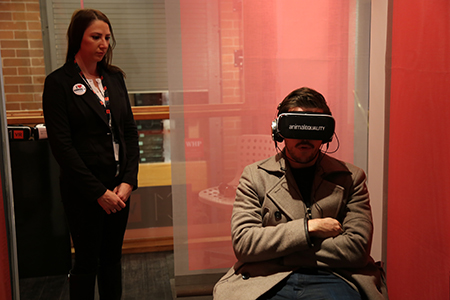 Animal Equality’s Dane Charbeneau with a viewer of Factory Farm

Co-founder and Director of Investigations for Animal Equality, Jose Valle, guides the viewer on a tour through a pig farm and slaughterhouse. This is a rare opportunity to take a look inside an industry that is hidden so well from the public eye. 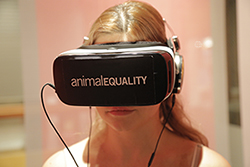 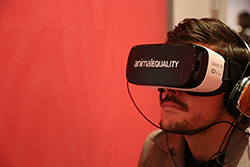 Animal Equality has been reaching approximately 100 people a day with the impactful video entitled Factory Farm. Along with Sundance guests, the amount of press who have watched the film has been outstanding. Journalists from The New York Times, LA Times, The Guardian, Democracy Now, celebrities such as the talented actors Jon Mack and Diego Luna, Danity Kane’s Dawn Richard, producers, filmmakers, and those from the film and tech industry have all been sharing their thoughts and reactions. 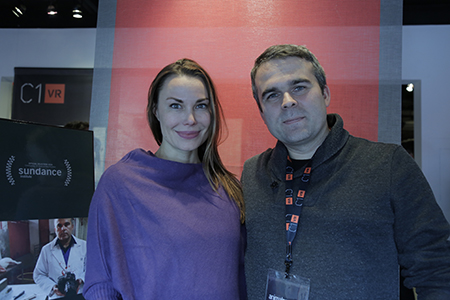 With an initial lack of words followed by countless questions and visibly physical reactions upon finishing the experience, it is obvious that virtual reality has only just begun to find its place in animal protection. We are very thankful for the opportunity to join Condition One in making this film and we are hopeful that it will draw attention to the horrific conditions in which these animals live. 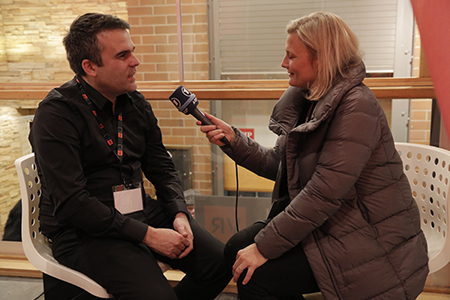 Animal Equality Leads in Effort to Ban Chick-Culling in Brazil
May 6, 2021
This week, Animal Equality, along with Animal Protection and Defense Forum and Sinergia Animal, presented a bill to ban the culling of male chicks in the state of São Paulo, Brazil. São Paulo is Brazil’s largest egg producer, and if approved, the new law would be able to influence changes…

Unmasking the Enemy: Our Investigation Into Mexico’s Factory Farms Shows Environmental Nightmare
April 29, 2021
Animal Equality in Mexico has released a new report with alarming figures on the impact that animal farming has on the environment. The report follows the 2020 release of the short documentary, Enemy of the Planet, which was produced using drones that flew over two industrial pig farms in…