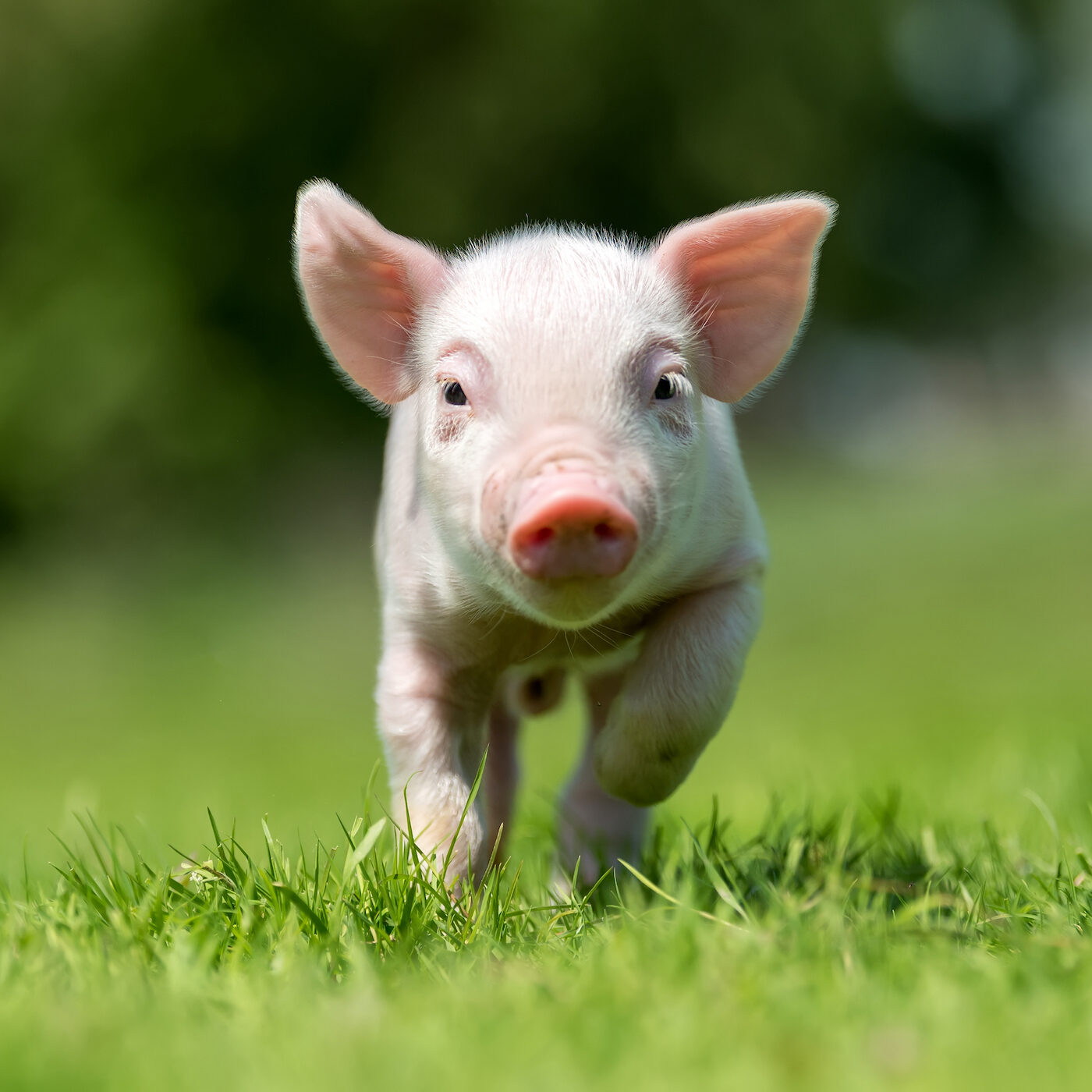 Andrea Kalan
January 13, 2022
Animal Equality works around the globe to expose the inhumane treatment of farmed animals, but once an investigation is released, how do we use this information to do even more to help animals?

In addition to bringing to light the cruel practices on industrial farms, Animal Equality works to introduce legal and constitutional reforms that improve conditions for farmed animals and criminalize abusive and inhumane treatment. Where protections already exist, our legal team works to ensure they are enforced and inhumane acts toward farmed animals are prosecuted.

Through tireless investigations and campaigning, Animal Equality has initiated many groundbreaking legal reforms for farmed animals in Mexico. There’s still much progress to be made, but here are some of the remarkable victories we’ve achieved over the past few years for animals like chickens, pigs, cows, and goats in Mexico.

Animals in the Mexican Constitution

We’re promoting national reforms that will guarantee protections for animals at the federal, state, and city levels. Animal Equality, along with representatives of the Green Ecologist Party of Mexico, has proposed a vital Constitutional reform that will change the legal status of animals. This reform law was presented to the Chamber of Deputies of Mexico’s Congress in December 2021. In a crucial act that paves the way for a general animal welfare law for the country, this reform will grant Congress the power to legislate on issues of animal welfare. In time, this will lead to laws establishing national animal welfare standards.

This reform has been lauded as a necessary step to differentiate animal welfare protection from environmental protection, two areas that are not clearly delineated in current law. It also provides for the possibility of special recognition of farmed animals within legal frameworks, and an overall acknowledgement of how sentient animals suffer when there is a lack of welfare protections.

Thanks to work by Animal Equality, in cooperation with government representatives and local animal protection groups, the city of Zapopan became the first in Mexico to introduce legal protections for farmed animals. This new animal protection regulation, approved in July 2020, made it illegal to slaughter animals without stunning them first and banned killing animals on public roads. The regulation also mandated criminal charges for cruelty, such as failing to stun animals properly or mutilating them.

Zapopan’s law would not have been possible without Animal Equality’s campaign to reform the 2019 Penal Code in Jalisco, the state in which Zapopan is located. The Penal Code paved the way for criminalization of farmed animal abuse, and Zapopan’s city law aligns with this by including criminal punishment for inhumane acts. Zapopan’s progressive recognition of the need for farmed animal protections was an important milestone in our fight to put an end to industrial farming’s cruelties.

Together with legislature members, local animal groups, and civil associations, Animal Equality proposed a 2021 bill that strengthens and expands animal protection laws in Hidalgo. This initiative resulted from our investigation of the Tizayuca Slaughterhouse, which revealed pigs being struck and handled violently, kept in pools of feces and blood, and slaughtered while fully conscious. Using evidence from this investigation, we filed legal complaints with three authorities in Mexico: the Ministry of Agriculture and Rural Development, the State Attorney for the Government of Hidalgo, and the Ministry of Health for the Government of Hidalgo.

This 2021 bill, once passed, will significantly expand welfare laws for farmed animals, including mandating stunning prior to slaughter, ensuring that animals have adequate food and water, and prohibiting forced molting of birds. Other provisions require video surveillance of slaughterhouses, environmental enrichment for animals, and enough room for animals to move and change position naturally. In Hidalgo, where around 41 million animals are killed for food each year, this bill will decrease their suffering by establishing legal standards for their treatment.

Improving Welfare for Hens and Chickens in Jalisco

Jalisco is Mexico’s top egg producer, and we’ve proposed a farmed animal bill that will change the lives of chickens in this state. In addition to many other provisions that will benefit animals, this bill prohibits forced molting. This practice, where hens are deprived of food and water to cause them to lose their feathers and grow new ones, is common in the meat industry because it also leads to larger eggs. The intense stress of this practice results in immeasurable suffering for chickens.

Under this new 2021 bill, farmed animals will be added to current animal protection laws, and the provisions addressing farmed animal cruelty would go above and beyond most animal welfare standards in the United States. Once passed, this bill will mark a historic achievement for farmed animal welfare.

This reform follows a similar successful initiative by Animal Equality in Jalisco in 2019, and institutes criminal punishments such as prison time and fines for violating the new law.

Industrial farms and slaughterhouses get away with cruelty and abuse because their actions are hidden from the public. Animal Equality seeks to create transparency around the inhumane practices of animal agriculture and hold companies accountable when abuse occurs. We worked with the town of Naucalpan to pass regulations not only protecting farmed animals, but also requiring video monitoring of slaughterhouses to ensure welfare procedures are followed.

In addition to other important provisions, the Naucalpan law also incorporated a “Pro Animal” Principle. This states that when implementing the regulations, if there is any question about how they are to be interpreted, the interpretation that is most favorable to animals must be used.

Because of Animal Equality’s initiatives to ban live-animal slaughter at both local and national levels, mobile vendors in Mexico City are no longer allowed to sell or kill animals. This means many animals will be spared the stress of transport, cramped and unsanitary conditions, and the anguish of being killed while fully conscious. Vendors who violate the law risk suspension from work and loss of their vendor’s license.

This is an amazing step forward for animals, but we won’t stop there. We’re working to ban live markets and unregulated slaughterhouses in all of Mexico, and we have launched an international campaign to ban live markets that sell and kill animals worldwide.

Fighting for the Environment in Mexico

Not only are we working to change the laws that protect animals, we’re also demanding that industrial agriculture be held accountable for damages to the environment and our natural resources. In 2020, Animal Equality used drones to investigate two industrial pig farms in Jalisco and released the documentary, Enemy of the Planet, based on our findings. We conducted a follow up report detailing the shocking ecological devastation caused by industrial farms and multiple violations of Mexico’s environmental protection regulations.

Our investigation found ponds filled with liquid manure excreting high levels of greenhouse gasses, wastewater spills contaminating lakes, soil, and groundwater, and toxic odors from the large amounts of waste generated by the farms. Backed by evidence from our investigation, we reported 44 farms for violations causing environmental damage, and we’re asking for these farms to be closed down.

With our investigations and campaigns for legal reform, Animal Equality has made important advancements in the legal status and protection of farmed animals in Mexico. These achievements mean less suffering in animals raised and killed for food, but there is still much to be done to dismantle the secrecy and cruelty of industrial agriculture. We won’t stop until all animals have legal protections.

You can help animals by sharing news of Animal Equality’s investigations widely and supporting our work. The most powerful action you can take to prevent animal suffering is to leave them off your plate. Making compassionate, plant-based choices in your diet will not only spare animals from cruelty, it’s also the best choice for protecting our environment and preserving our natural resources.