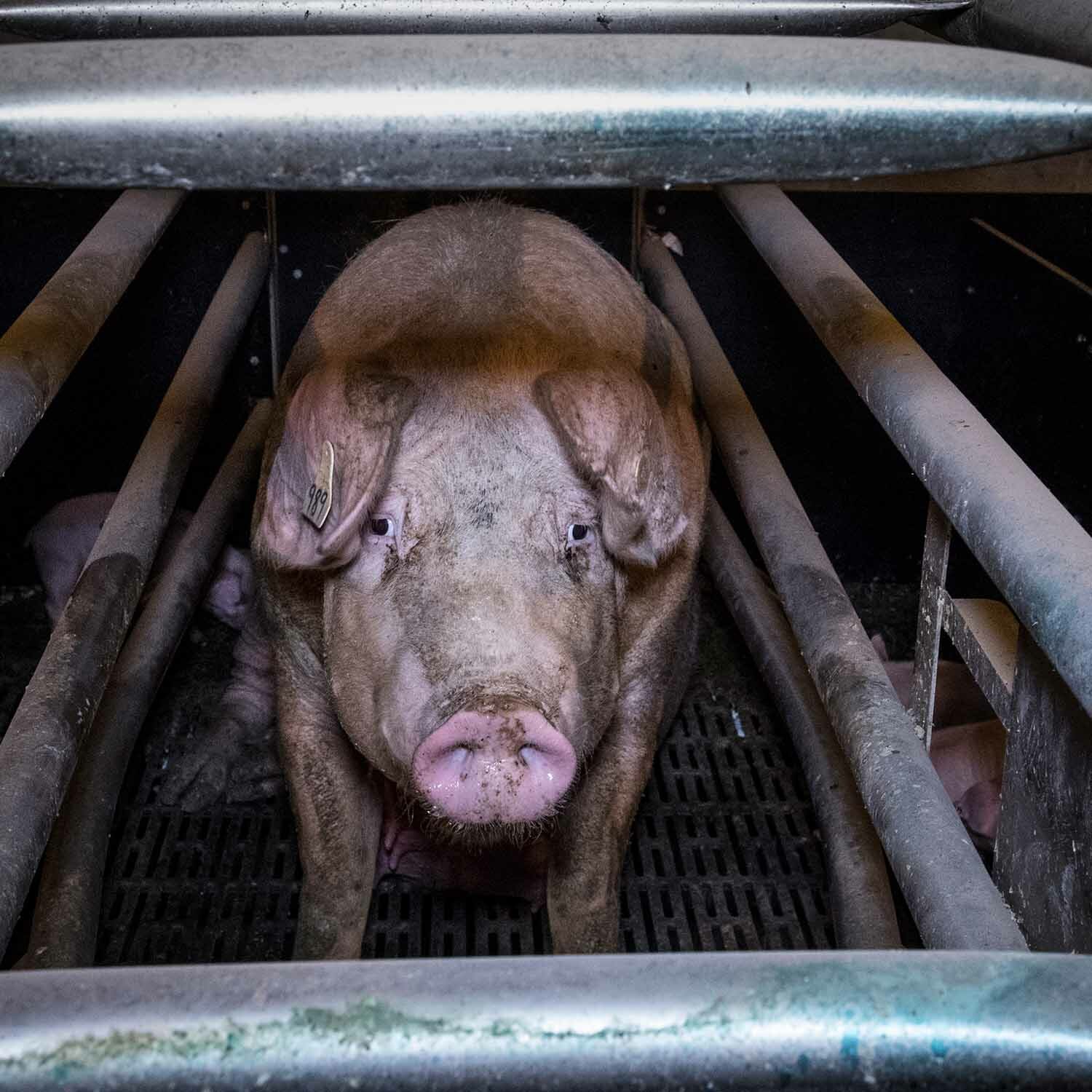 Dane Charbeneau
September 6, 2021
As well as causing unimaginable and unacceptable suffering to animals, the animal agriculture industry has many other dark secrets which it keeps hidden from the public.

When you hear ‘industrial animal farming,’ what’s the first word that comes to mind?

These are strong words that evoke powerful emotions, and, tragically, they accurately describe the lives of billions of animals raised and killed for human consumption every year.

As well as causing unimaginable and unacceptable suffering to animals, the animal agriculture industry has many other dark secrets which it keeps hidden from the public.

More than 99% of farmed animals in the United States come from factory farms.

This means that most meat, eggs, and dairy products come from animals who are kept in extremely unnatural and cruel conditions. Confined in filthy, dark, barren sheds, they are hidden away–out of sight and out of mind.

But this is just the tip of the iceberg. In fact, the impact of animal agriculture in the US is felt all around the world.

Here are five secrets that are deliberately hidden from the public.

To save space and keep costs to a minimum, 99% of animals farmed in the US are crammed by the thousands into overcrowded sheds–many confined in tiny cages where they can barely turn around.

But while the animal agriculture industry tries to save space in some of its operations, it has no problem stealing it. It takes over vast amounts of land to raise cows for meat and to farm crops like soy to be used as feed for the animals trapped on factory farms.

Today, animal agriculture is responsible for more than 80% of the deforestation in Brazil. It poses a major threat to our planet.

Feeding animals to be raised for human consumption requires a lot of resources. For example, it takes 5 pounds of feed every single day to feed a single pig. When you consider that 120 million pigs are raised and slaughtered in the US each year, the amount of feed needed becomes unfathomable.

To maximize production and profit, the feed given to the animals is a high protein feed, designed to induce fast growth. The protein part of the feed generally consists of soy.

It’s impossible to grow all the soy needed to feed the hundreds of millions of animals that live on factory farms every year in the US because there is not enough space.

So, where do we get the soy?

The answer is simple: we buy soy from other countries, especially from South America. To create the space to grow it, entire forests are destroyed and converted into farmland.

Animal agriculture is responsible for at least 14.5% of global greenhouse gas emissions.

In addition, it is also the direct and indirect cause of one of the greatest environmental catastrophes facing our society: the destruction of the Amazon rainforest.

More than 5 million acres were deforested in 2020–a 12% increase from the previous year–and the trend is for deforestation to keep increasing.

Because of meat production, the rainforests are being burned down to the point that the Amazon’s emissions now far exceed its absorption capacity.

Animals raised in deforested areas are often sent to unlicensed slaughterhouses where not even basic minimum animal welfare standards are respected.

Because of this careless system–where it is impossible to trace the entire supply chain–animal cruelty is unknown and undocumented.

5. A waste of resources

When we use resources to raise farmed animals and produce animal products, we are adding an extra step in the food production process. As we feed animals water, soy, and other grains, we are taking those finite resources away from humans who could use them directly.

For example, did you know that nearly 1/3 of the world’s freshwater is used for animal farming? Or that producing just one pound of beef uses around 1,800 gallons of water? That means the water used to produce a quarter pound hamburger is equivalent to approximately three months of showering!

At a time when water security is becoming an increasingly urgent issue in many parts of the world, this is a significant waste that needs to be addressed.