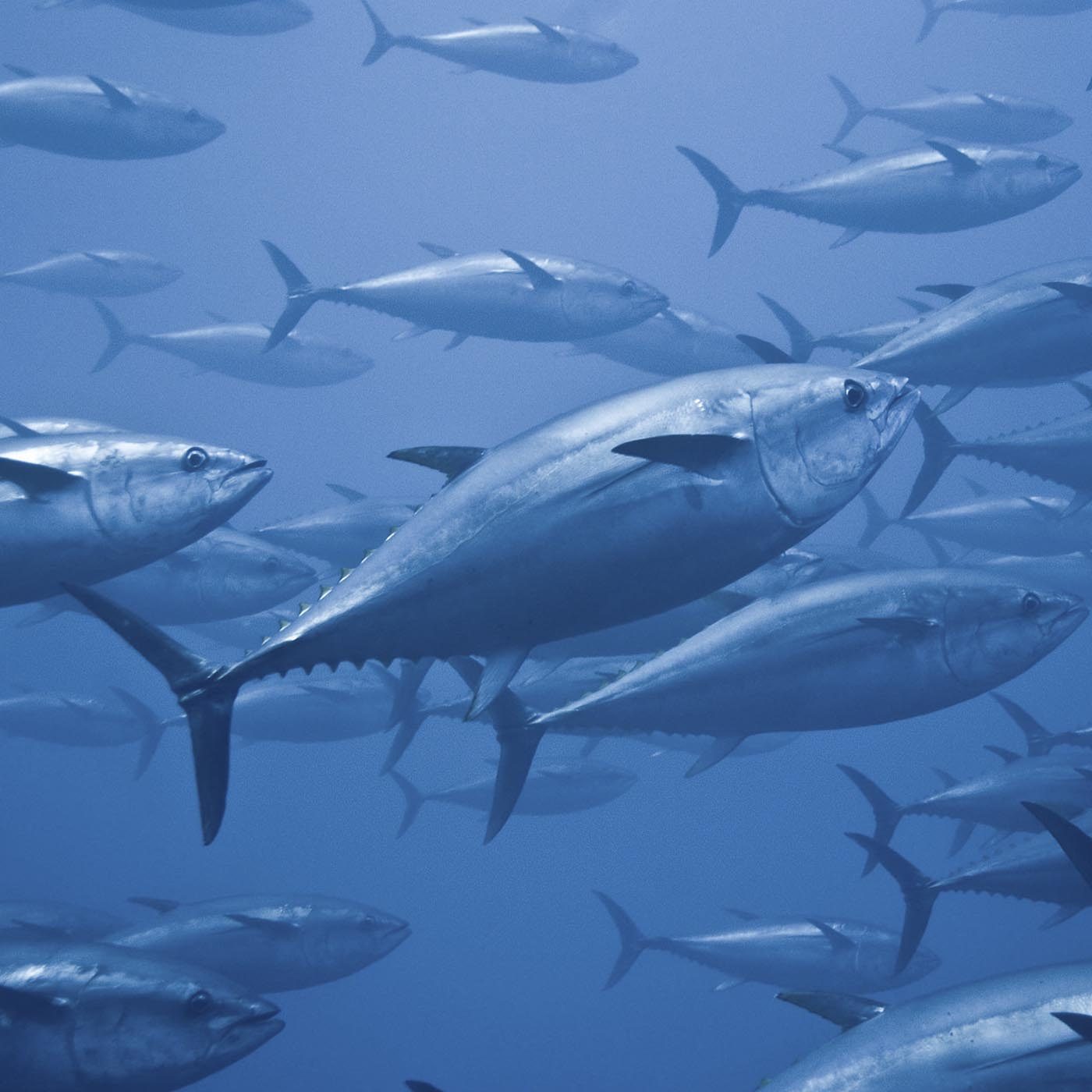 Our Work to Help Fish

Kim Johnson
August 16, 2021
Fish have no legal protections regarding how they’re treated or slaughtered. They're forced to endure unimaginable anxiety and pain in the fishing industry. It’s time for that to change.

The fishing industry operates in two ways: fish farming or “traditional” fishing in the wild, which includes destructive methods like bottom trawling and long line fishing. Both forms of fishing are cruel and wreak havoc on the environment.

FISH FARMS: Most fish eaten today are raised on fish farms, which exist inland or in the ocean. Farmed fish spend their entire lives—up to two years—in crowded pens where they suffer from extreme psychological and physical torment. Due to the crowding, the high levels of ammonia and nitrates poison the fish and surrounding areas, and it’s commonplace for the fish to become infested with parasites. Bacterial infections also run rampant.

WILD-CAUGHT FISH: “Wild-caught” fish also suffer tremendously due to the fishing industry. They experience terrifying deaths when they’re yanked from their ocean homes and slaughtered. In the United States, fish aren’t covered by the Humane Slaughter Act. This results in a variety of killing methods that cause the animals prolonged agony. They’re forced to slowly suffocate, or they’re clubbed or harpooned.

Since Animal Equality was founded, we’ve been working to expose the reality of this cruel industry globally.

CATFISH CRUELTY AT A U.S. SUPPLIER: In August, we went public with the evidence we obtained during an investigation of Simmons Farm Raised Catfish. Our investigator documented catfish regularly left out of water to slowly suffocate and others beheaded while conscious at Simmons’ slaughterhouse, which is one of the largest USDA inspected catfish slaughterhouses in the US. We also saw fish forced to live in severe confinement in the farm’s enclosures, and unwanted turtles and other animals who were caught in Simmons’ nets be placed on a conveyer to be ground up alive.

PAINFUL “FISH MILKING” EXPOSED: In February, we released an investigation into India’s fishing industry exposing the abuses and crimes of the country’s aquaculture sector and showing the inefficient use of precious resources, like water and land. Our team captured footage from fish and shrimp farms, hatcheries, and fish markets in West Bengal, Andhra Pradesh, Tamil Nadu, and Telangana, areas in India known for their fish production. The cycle of cruelty seems to never end, with our investigators witnessing fish suffering in a variety of ways. One particularly brutal practice is “fish milking,” an extremely painful process in which the eggs from a female fish are squeezed out by hand. In another, farmed fish are killed by asphyxiation as workers pull them from the water and put them on ice to slowly and agonizingly suffocate to death.

UNDERCOVER AT A SALMON SLAUGHTERHOUSE: Also in February, we shared undercover footage obtained by our investigator at a slaughter facility operated by The Scottish Salmon Company, a supplier of major UK supermarkets, as well as numerous international retailers, including in the US. The pioneering footage, shot by an undercover investigator, is the first of its kind to be released in the UK and shows the brutal nature in which farmed salmon are killed. The investigation, published exclusively by The Times, has revealed several serious animal welfare violations, including a significant number of fish who were killed while fully conscious.

STOPPING FALSE FISH MARKETING CLAIMS: In an effort to combat false marketing claims, we filed a lawsuit against Champion Petfoods. The company had been advertising some of its fish ingredients in Acana brand products with claims such as “caught by fishermen we know and trust” and “from American waters,” despite strong evidence that the fish actually came from fish farms.

We resolved the lawsuit and Champion Petfoods corrected the ‘wild-caught’ marketing claims. The company also agreed to provide more transparency regarding its fish sourcing and will be working with an animal welfare consultant to provide additional animal welfare education to employees.

ANIMAL EQUALITY JOINS THE AQUATIC ANIMAL ALLIANCE: Animal Equality became a core member of the Aquatic Animal Alliance (AAA), an international coalition of fish welfare experts and advocates from nonprofits around the world focused on improving and protecting the lives of fish and other aquatic animals. In the months since launching the coalition, AAA has been focusing its efforts on getting animal welfare considerations incorporated into various seafood certification schemes—considerations that could improve the lives of literally trillions of individuals.

BOTTOM TRAWLING IN THE MEDITERRANEAN: We exposed the brutality and destruction caused by trawling—scraping the sea floor—in the Mediterranean Sea. The footage we captured shows millions of fish being hoisted onto a boat, where they squirmed and gasped for air. The majority of these individuals were gutted alive or put into a freezer to suffer a slow and painful death.

Many non-target fish or sea animals, also known as “bycatch,” were thrown back into the ocean, a common practice in the fishing industry. Most animals discarded as bycatch are injured or already dead from shock, exhaustion, or sudden pressure changes that can forcefully push their organs out of their mouths.

BRUTAL KILLING OF TUNAS: Animal Equality investigators in Italy went undercover and documented frantic bluefin tuna being forced into nets and pulled onto boats. The terrified animals struggled, choked, and bled to death after being violently struck with harpoons. The shocking footage, which was typical of the tuna industry, was featured in the 2014 award-winning documentary Cowspiracy.

The Fight for Fish Protection Continues

We’re continuously working to improve the lives of fish and we won’t give up until these amazing animals are afforded the protections that they deserve as living, feeling beings.

WHAT YOU CAN DO: The most effective and easiest way to help fish is by simply not eating them. There are lots of plant-based options to choose instead, including a long list of new vegan seafood products! Also, be sure to sign our petition to urge Congress to include protections for aquatic animals under the Humane Methods of Slaughter Act.

Tell Congress that fish deserve to be protected under the Humane Methods of Slaughter Act.