Today, and in honor of International Animal Rights Day, Animal Equality released a new investigation that reveals that wet markets in China continue to sell and slaughter dogs and cats for meat, despite media reports and statements from the country’s government proclaiming otherwise. According to research, more than 10 million dogs and 4 million cats are killed for consumption each year in the country.

THE DETAILS: This is not the first time we’ve investigated the cruel dog and cat meat industry in China but with new images collected in May 2020, we have again proven that this trade is ongoing and brutal to its animal victims. In exclusive footage collected with the help of local activists in the cities of Liuzhou-Nanhuan, Liuzhou Quianjin, and Guilin-Ximen, the investigation shows: 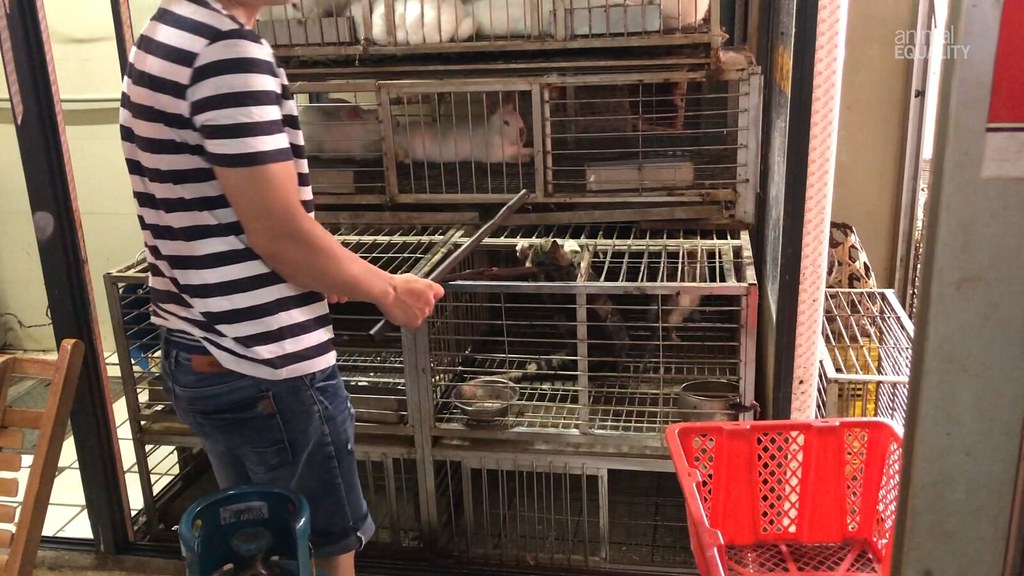 OUR WORK IS ONGOING: The new investigation video also includes footage from our previous investigations into China’s dog and cat meat trade, which we began reporting on in 2013. Thanks to our work, 33 cat and dog meat retailers and a dog slaughterhouse have been closed by Chinese authorities, and coverage of this important issue has been seen by millions of people around the world.

WHAT WE’RE SAYING: “The footage our investigative team was able to collect is truly shocking. Despite international outcry, dogs and cats continue to suffer in China, victims of a cruel industry. These animals are usually kidnapped from loving homes to be then confined in cages and brutally slaughtered. The time is now to end the dog and cat meat trade for good, ” says Sharon Núñez, President of Animal Equality.

WHAT YOU CAN DO TO HELP: We’re asking the Chinese government to permanently ban the consumption of dog and cat meat throughout the country, without exceptions or exclusions. This request is being driven by an international petition that has already collected more than 650,000 signatures across the world. To make the most impact for these voiceless animals, please sign and share our petition. And remember, billions of animals are suffering around the world. Please, choose compassion and leave animals off your plate.