As a result of an investigation into Mexican slaughterhouses by Animal Equality, Deputy Alejandro Hermosillo and Dulce Ramirez, Executive Director of Animal Equality in Mexico, introduced an initiative to make cruelty to farmed animals a crime.

Deputy Hermosillo requested an amendment to two of the current articles within the Jalisco State Criminal Code to ensure that the state complies with the mandatory federal rules that govern farmed animal protections. 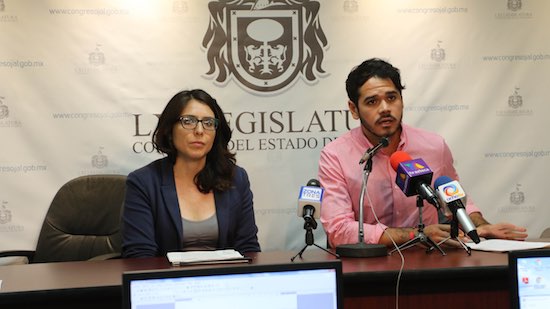 In reforming Articles 306 and 308 of the criminal code, it ensures that slaughterhouses within the state comply with federal animal protections. Once approved, this initiative would help see that more than 187 million animals, who currently have zero legal protections, would be protected from cases of abuse and cruelty:

“Jalisco has the capacity and the commitment to be an example for the rest of the states of the country in terms of compliance with federal regulations to ensure animal welfare and, of course, the well-being of Mexicans,” said Deputy Hermosillo.

He added, “The federal rules are created by experts to ensure that Mexico meets the international requirements of Animal Health and Welfare. There is no reason why they can be allowed to be violated systematically. The rules already exist and are mandatory, we are going to amend them so that it is obligatory to comply with them.”

The initiative once passed, will add additional pressure to our existing campaign asking the Mexican Senate to approve federal animal protections.

“It is very satisfying to find the political will to help animals, especially farmed animals who are totally invisible to state legislation. What this initiative calls for is very simple: that existing laws must be complied with and those who don’t will face serious legal consequences, “said Dulce Ramírez, Executive Director of Equality Animal in Mexico.