After months of campaigning, Animal Equality has won its campaign against Compass Group as the company releases a groundbreaking animal welfare policy.
November 1, 2022

Today, November 1st, the world’s largest food service provider, Compass Group, confirms its commitment to eliminate gestation crates for pigs in its US supply chain by Summer 2023. This becomes one of the strongest animal welfare policies in the food sector and comes a few short months after Animal Equality launched a strong campaign against Compass Group and a week after the organization protested outside of Bank of America, a client of Compass, in Austin, TX.

Compass Group will transition to end gestation crates in the US by Summer 2023. The company will provide regular updates on this progress. The policy also includes meaningful protections for chickens raised and killed for meat and a commitment to exclusively use eggs from hens not confined to cages.

With this new commitment, Animal Equality recognizes and appreciates Compass Group’s progress in making meaningful improvements for animals in its supply chain, which will impact the lives of hens, chickens, and mother pigs. We will continue to ensure that policies and deadlines are rigorously met. Animal Equality will never stop working and campaigning until all forms of extreme abuse towards farmed animals are part of the past.

Confined to a 7-by-2-foot gestation crate, the majority of the 6 million mother pigs in the US live in a space barely bigger than their own bodies. They are unable to turn around or exhibit any natural behaviors for most of their lives. Many resort to biting the metal bars of the crates and banging their heads against them from stress.

Gestation crates have been dubbed by Professor Ian Duncan, a scholar of animal welfare at the University of Guelph, as “one of the cruelest forms of confinement devised by humankind.”

Crates for mother pigs have been banned in ten states in the U.S. – Arizona, California, Colorado, Florida, Maine, Massachusetts, Michigan, Ohio, Oregon and Rhode Island – as well as in the United Kingdom and Sweden. Nearly 100 companies in the U.S. have also committed to banning these crates, including Aramark, Nestlé, Campbell’s, and Kraft Heinz.

Compass Group originally made a public commitment to end crates for mother pigs in 2012. The company published a statement on its website announcing the new policy but remained inactive on its promise for over a decade. The policy was later deleted from its website after only a 10% reduction in the use of gestation crates.

In July of this year, Animal Equality launched a campaign against the multi-billion dollar company to call out its abandoned commitment. Animal activists and supporters took action against the company by sending thousands of emails and tweets to Compass executives and clients, like Google, Nike, Boeing, and Bloomberg, asking them to “break ties with cruelty.” The company remained unresponsive.

Animal Equality organized a protest to take place outside of Bank of America, a powerful client of Compass Group, in Austin, TX. Around a dozen protesters showed up with signs and photos of pigs in gestation crates, taken by the organization during some of their undercover investigations. The protest called on Bank of America to use its influence and urge that Compass keeps its commitment.

Within just a short week of the protest, Compass Group renewed its policy to eliminate gestation crates for mother pigs in its supply chain.

Our team and our supporters worked tirelessly to hold Compass Group accountable for the sake of mother pigs. This is one of the biggest campaigns won by Animal Equality and it shows just how influential our voices can be to help protect animals suffering for their meat.

How you can make a difference for farmed animals:

You, too, can make meaningful choices that protect farmed animals by switching to a plant-based diet. Get inspired by compassionate options and plant-based recipes at LoveVeg.com. 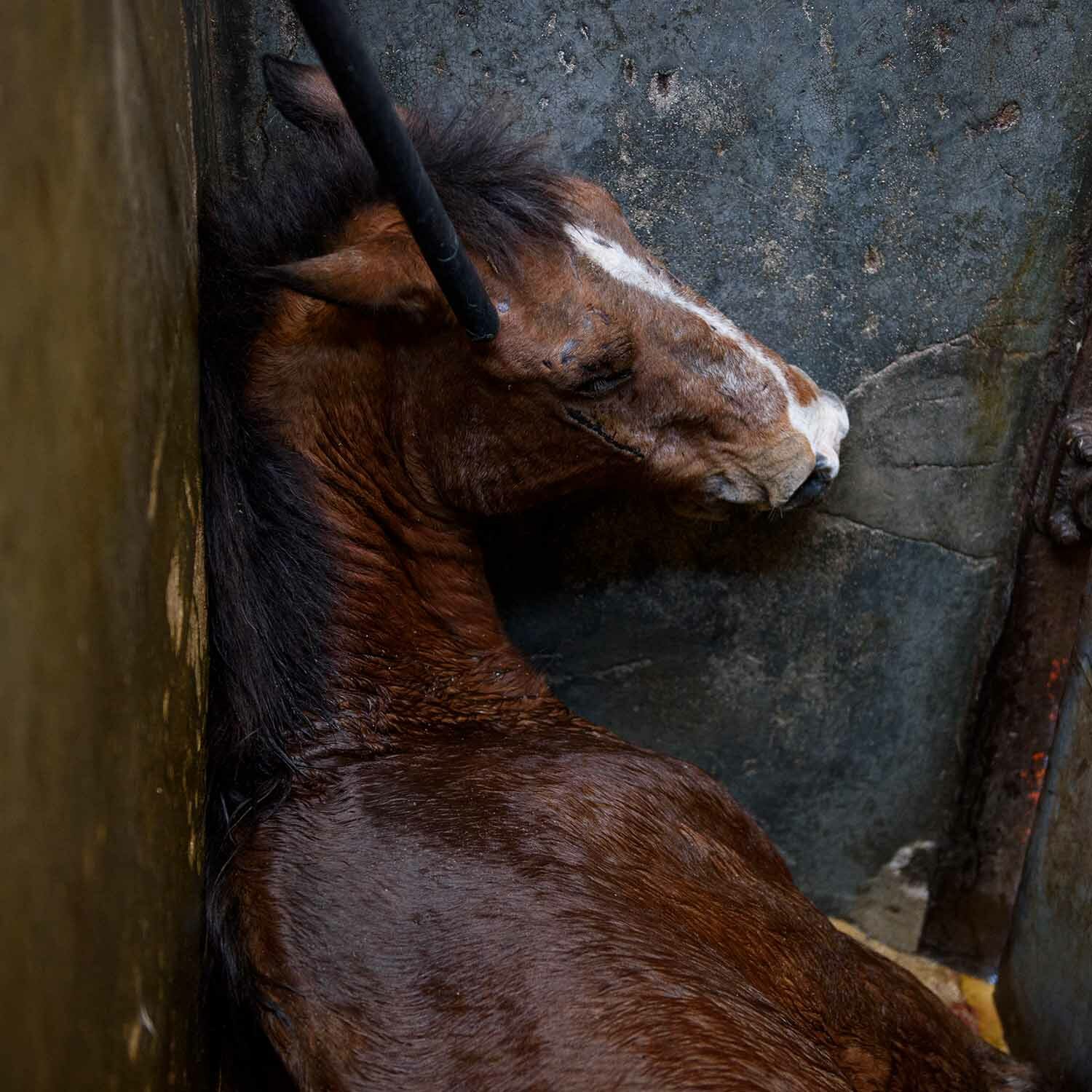