A Decade Later, Compass Group Breaks Its Promise To Pigs

Compass Group, promised to end the cruel use of crates for mother pigs. Instead of fulfilling this commitment, Compass continuously weakened its promise and is refusing to stop forcing mother pigs to be locked in crates.
July 20, 2022 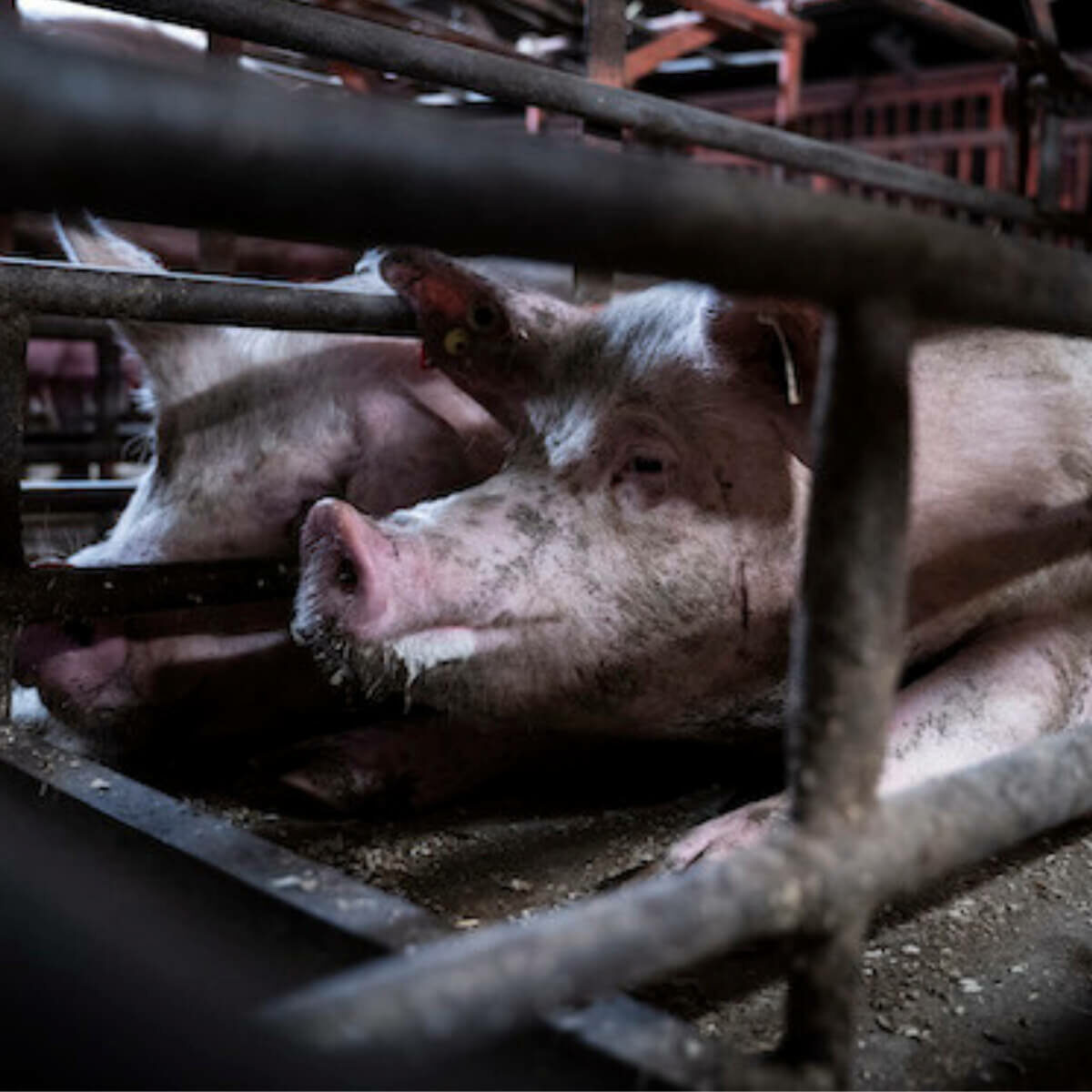 Ten years ago, the largest food service company, Compass Group, promised to end the cruel use of crates for mother pigs. Instead of fulfilling this commitment, Compass continuously weakened its promise and is refusing to make any meaningful progress to stop forcing mother pigs to be locked in crates. Now, Animal Equality is speaking up for the animals and demanding Compass Group keep its promise to protect mother pigs.

The multibillion-dollar company claims in its July 2021 animal welfare report* that it did not meet its goal to eliminate cages for mother pigs by 2017 because of supply chain constraints that limited its ability to purchase meat from pigs from crate-free suppliers. The company further states that only 10% of the pigs it now sources and sells come from supply chains where crates are reduced, but not eliminated.

Ten years after committing to stop buying meat from mother pigs in cages, Compass has reported 90% of the pigs it sources and sells still come from mothers who spent four months locked up in a cage. This is physically and psychologically devastating for mother pigs.

Throughout their lives, female pigs are forcibly impregnated and give birth inside tiny metal crates. Barely bigger than their bodies, these crates are so small that the animals can’t even turn around and are unable to nurture their piglets. This causes not only physical suffering but extreme mental suffering, too.

Professor Ian Duncan, a scholar of animal welfare at the University of Guelph, has described it as “one of the cruelest forms of confinement devised by humankind.” After going through this cycle of confinement and abuse twice a year for several years, the mothers are killed and sold for cheap meat. This is the sad reality for the majority of the 6 million mother pigs in the U.S.

Crates for mother pigs are so cruel they are banned in ten states in the U.S. – Arizona, California, Colorado, Florida, Maine, Massachusetts, Michigan, Ohio, Oregon and Rhode Island – as well as in the United Kingdom and Sweden. Nearly 100 companies in the U.S. have also committed to banning these crates, including Aramark, Nestlé, Campbell’s, and Kraft Heinz.

Earlier this week, Animal Equality called out pet food companies for their lack of public animal welfare policies that protect animals in their supply chains from abuse, including mother pigs forced to live in crates. In our findings, we recognized three pet food companies for their commitment to ending some of the worst abuses of farmed animals. These companies were unable to ignore the animals suffering in their supply chains, including the horrific realities for mother pigs. Compass, however, is choosing to look away from this cruelty.

As the largest food service company in the world, Compass Group, and companies like it, have the responsibility and power to improve the lives of millions of farmed animals with these bare minimum standards. Even Compass claims, “As the world’s largest foodservice company, we have the scale, expertise and opportunity to change the world.” Animal Equality is launching this campaign to hold Compass accountable and to demand the company keep its commitment by banning crates for mother pigs.

We cannot allow Compass Group to ignore the cries of these mothers, or the cries of their piglets they’ll never get to nurture. Help Animal Equality call out Compass Group for their broken promise to mother pigs by emailing the company and demanding they keep their commitment! You can also help pigs in factory farms by keeping them off of your plates. Get inspired with plant-based recipes on LoveVeg.com!