Animals killed for their meat begin suffering the day they are born. Animal Equality works to end this cruelty.

Cows, pigs, chickens, fish and other animals raised for food have little legal protection from cruelty. Although they are individuals who are capable of thinking and feeling, and who want to enjoy their lives, they linger in misery on factory farms all around the world. 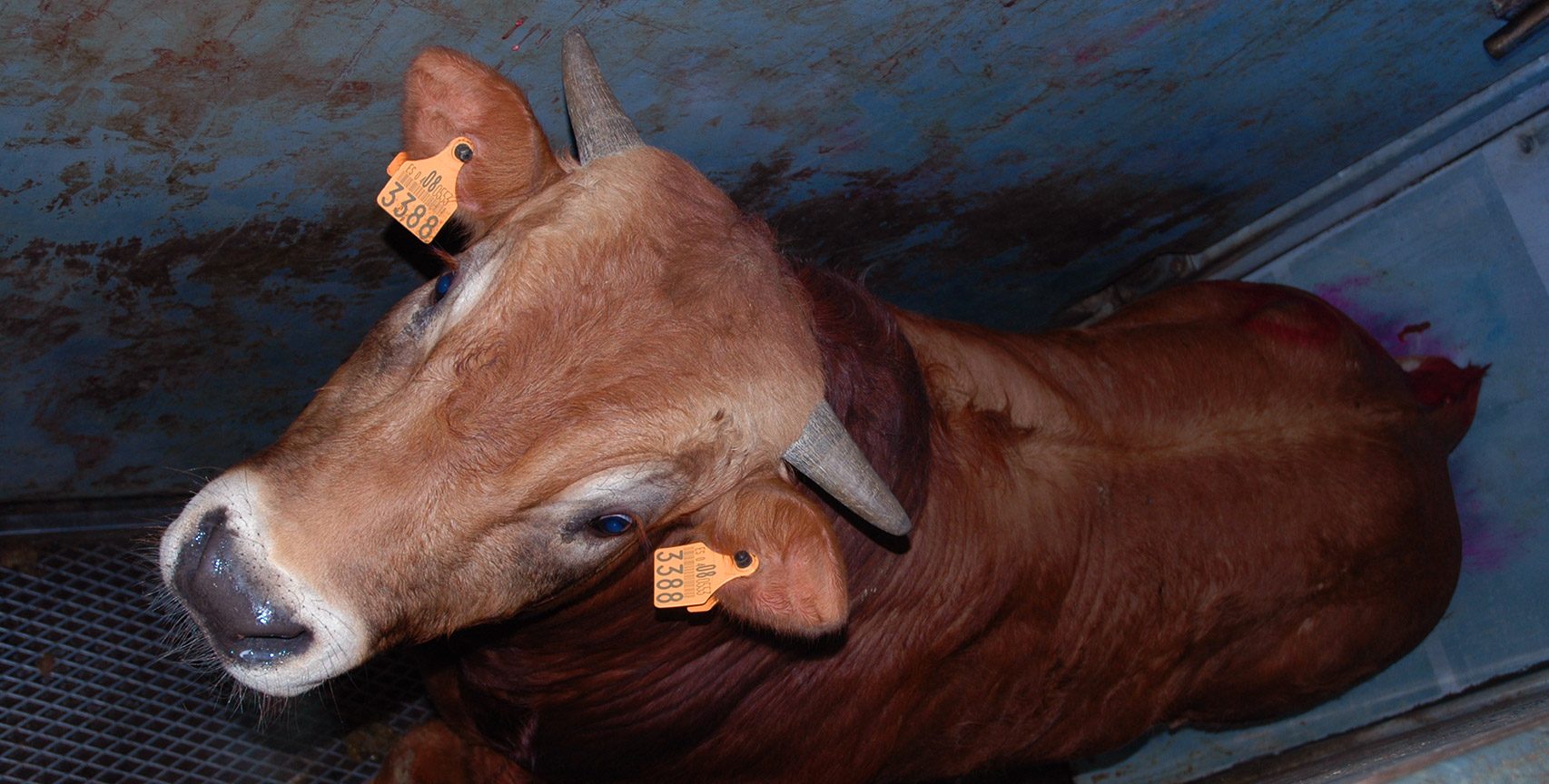 Cows and bulls raised for meat are socially complex animals who develop friendships and experience pain, fear and anxiety when beaten or separated from their herd. Painful mutilations are common in the industry. Farmers cut off or burn their horns and castrate male calves. All of this cruelty occurs before they even reach the slaughterhouse. 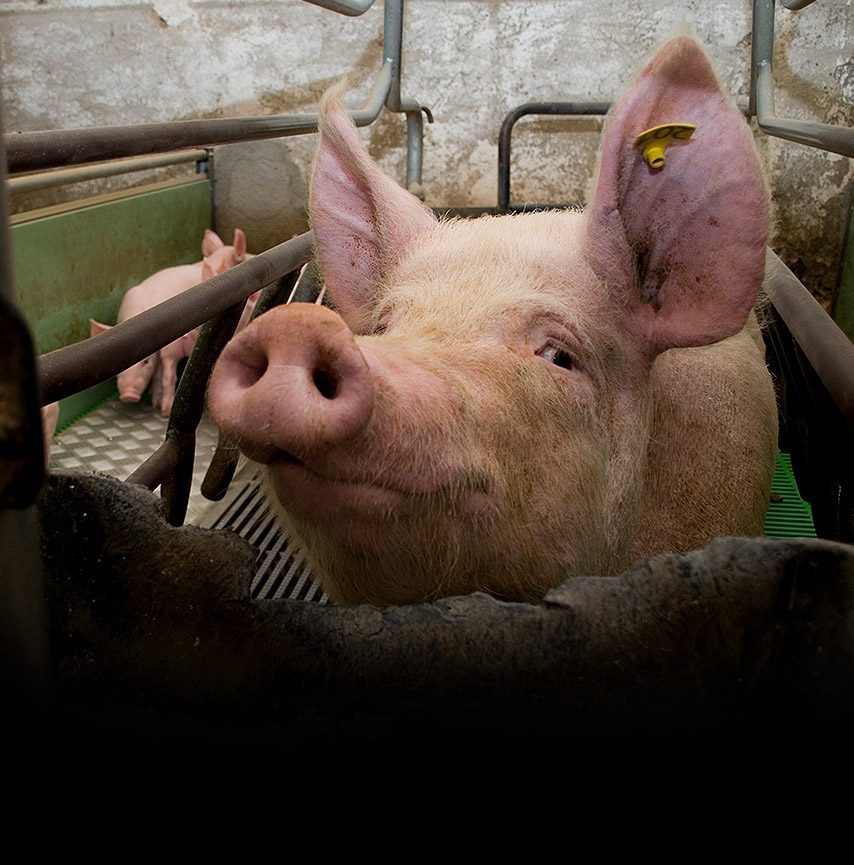 Did you know that pigs are considered to be smarter than dogs? Yet factory farms confine them in cramped warehouses where they will never see the sunlight or breath fresh air.

Perhaps those who suffer the most are the females. They are forcibly impregnated throughout their lives and give birth inside a tiny metal crate, so small they can’t even turn around and are unable to nurture their piglets. They suffer both physically and mentally. 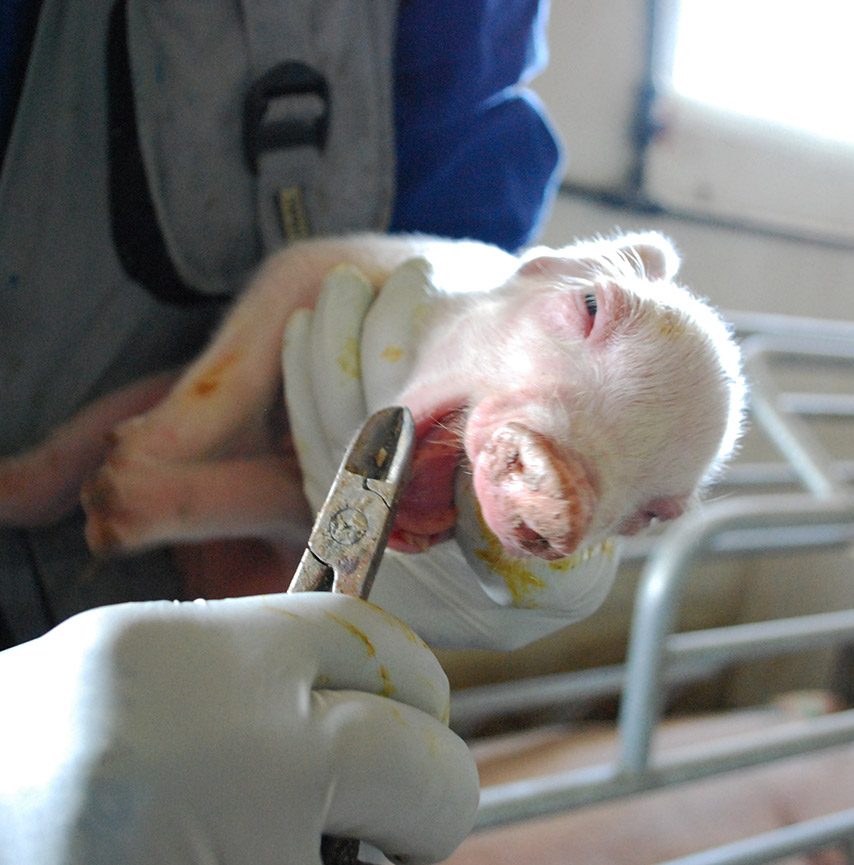 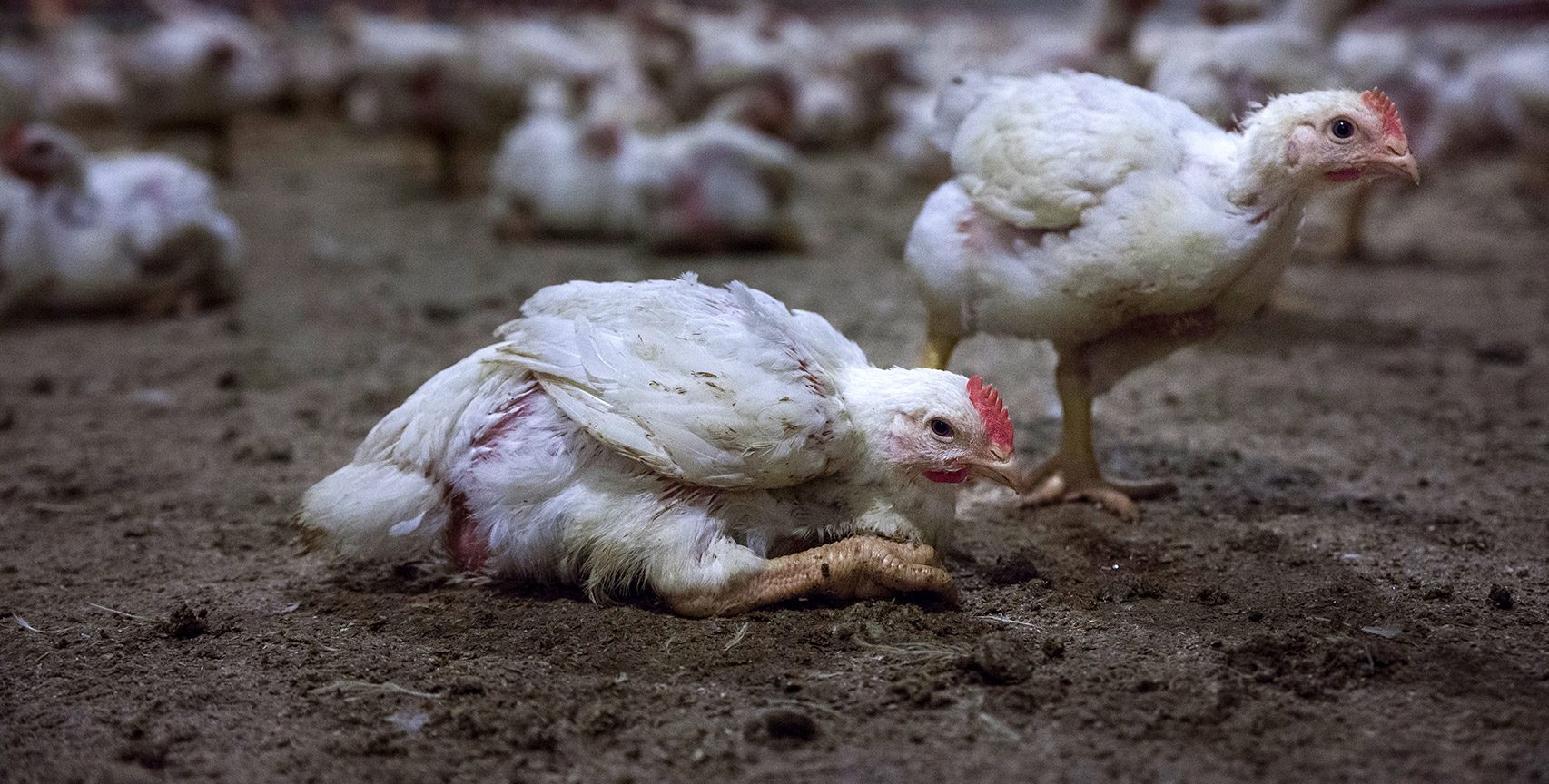 Chickens are the most abused land animals on the planet. More chickens are raised and killed for food than all pigs, cows, and lambs combined.

Chickens spend their entire lives in filthy sheds with tens of thousands of other birds. They are bred to grow so large so quickly that their legs and organs cannot keep up, making heart attacks, organ failure, and crippling leg deformities common.

Those who survive this miserable existence will typically be slaughtered at just 42 days old. 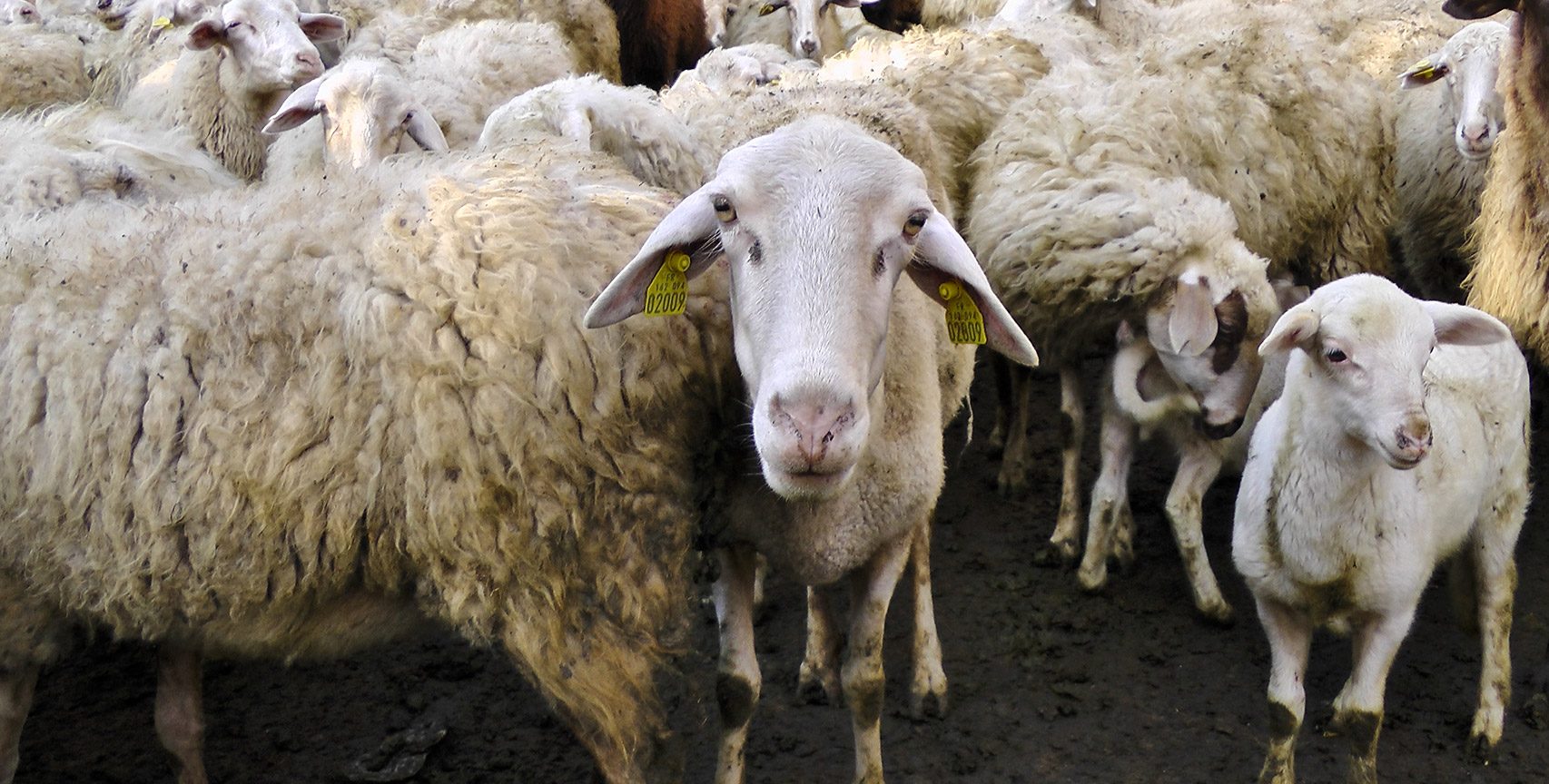 Like other farmed animals, lambs are raised in filthy factory farms, subjected to cruel mutilations, and horrifically slaughtered. Lambs are usually “tail docked” just a few weeks after birth. Farmers claim this is to reduce the buildup of fecal matter around the animals’ backsides. But this cruel and painful mutilation is performed without anesthetics and often leads to infection, chronic pain, and rectal prolapse.

Mother sheep are deeply caring and form strong bonds with their babies. Sadly, this bond is broken at factory farms where lambs are ripped away from their mothers just a few days after birth. 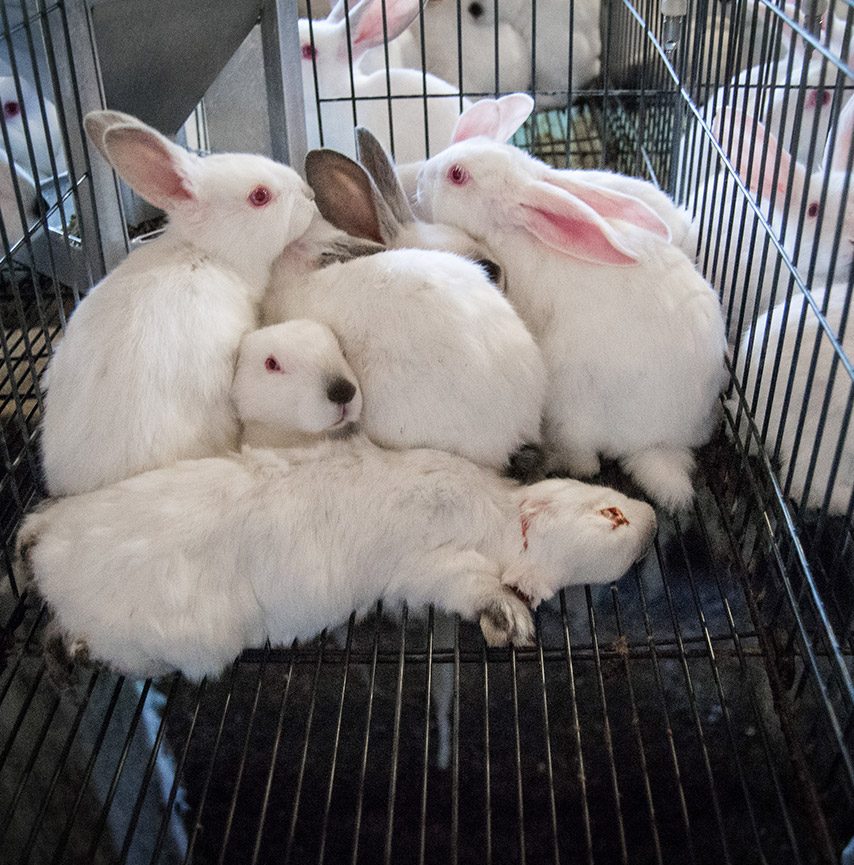 Like chickens, rabbits are not protected under the USDA Humane Methods of Slaughter Act, which means they have zero legal protections during the slaughter process.

Rabbits are often struck in the face with blunt objects in an attempt to knock them unconscious. However, this method is not successful for many of the rabbits, who struggle and squirm as workers snap their back legs — breaking their bones in order to more easily hang the rabbits upside down — then slice open their throats. 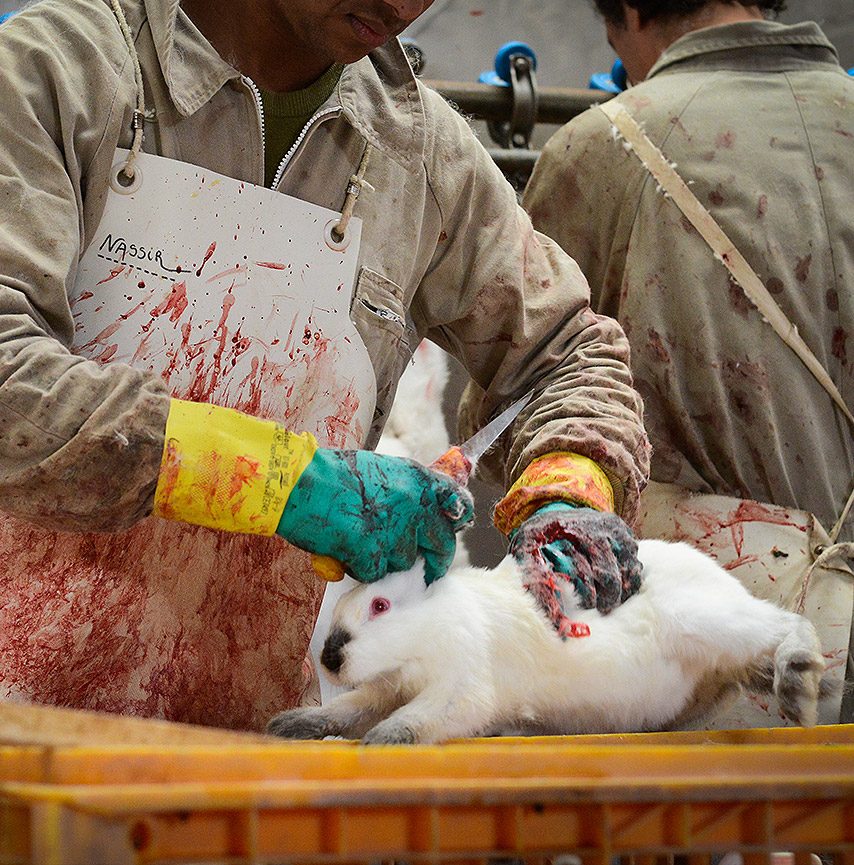 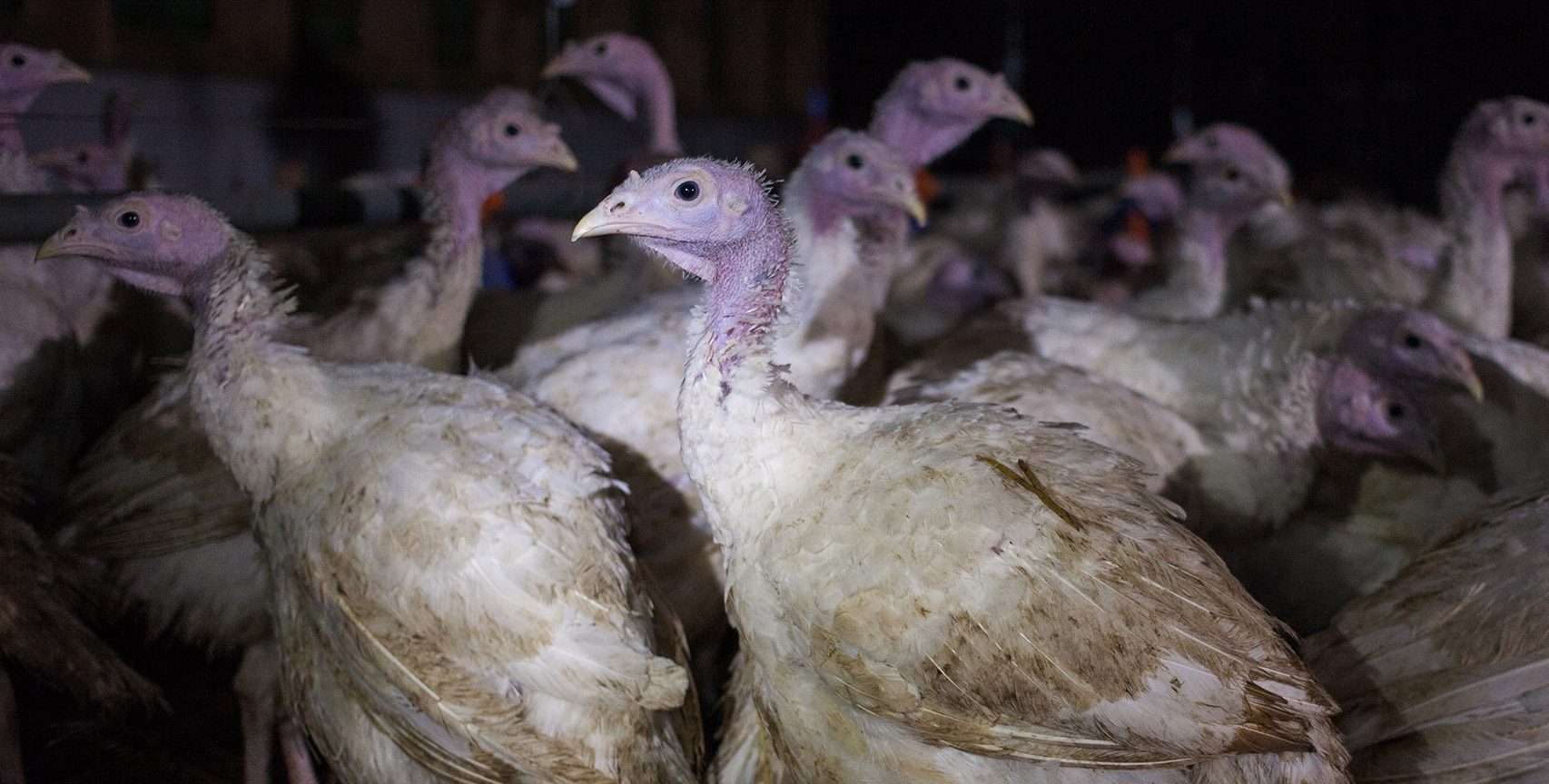 Nearly 300 million turkeys are slaughtered in the U.S. each year – with over 50 million killed just for Thanksgiving – typically at just 4-6 months of age. The final hours of their lives are full of unspeakable cruelty, with more than a million of them dying during crating and transport.

Nearly 1 million turkeys are unintentionally boiled alive every year in U.S. slaughterhouses, where fast-moving lines often fail to kill the birds before they are dropped into the scalding tank. All of this cruelty, despite turkeys being sensitive and intelligent animals who form strong family bonds and even enjoy the company of human companions. 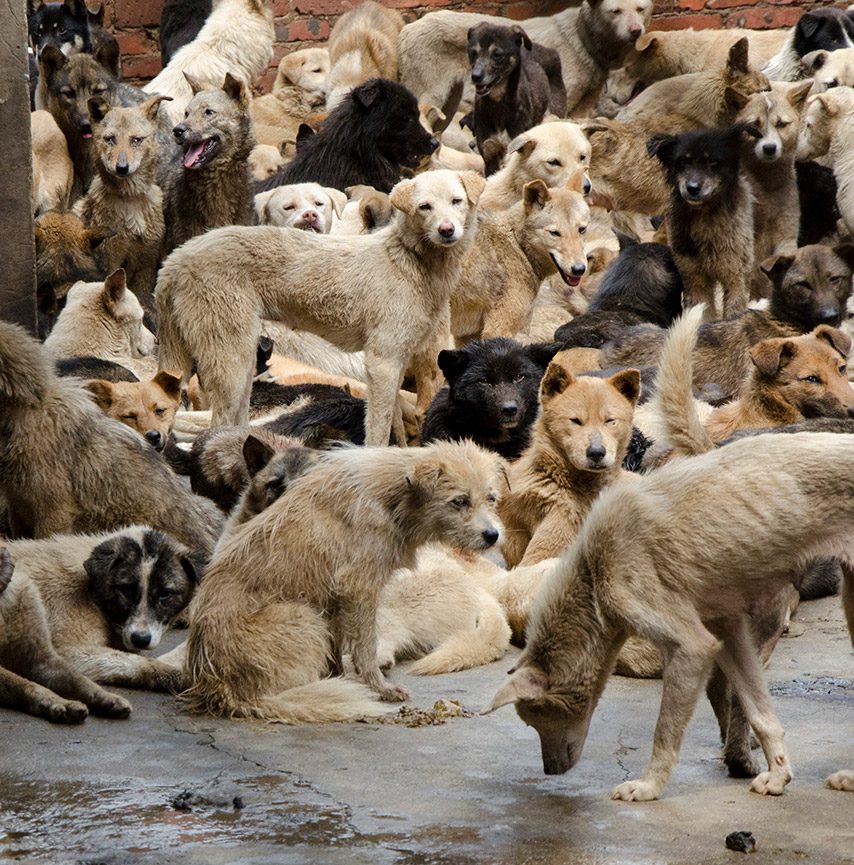 In Korea and China, dogs are considered farmed animals just like cows, pigs, chickens and other farmed animals are here in the United States. Many are taken from the streets, while others are farmed in deplorable conditions.

Often, dogs are crammed into tiny wire cages so small they can’t move. Others are kept in barren pens full of dogs with varying temperaments. In conditions such as these, dogs are afforded zero legal protections and suffer from extreme cruelty and abuse at the hands of workers. 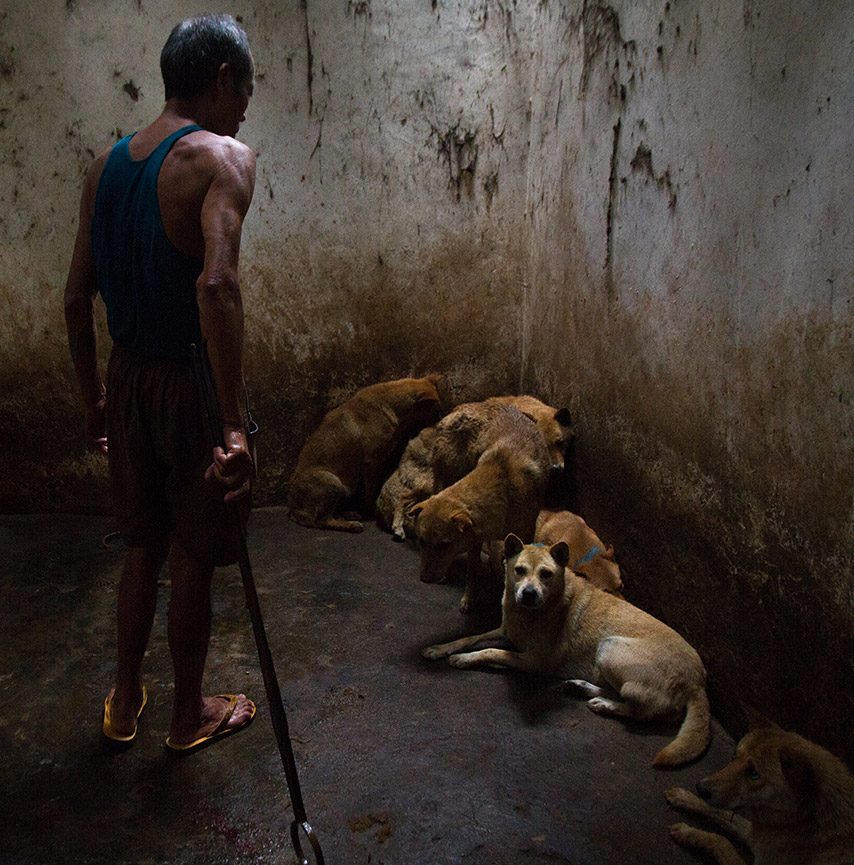 50%
Medically Important Antibiotics Given to Farmed Animals
300+
Land Animals Saved With Plant-based Diet
1.1 million
Animals Killed for Food Every Hour
100
Bits of Different Cows in One Burger
99%
Meat Comes From Factory Farms
65%
Pigs Tested with Pneumonia in the U.S.

The meat industry also has devastating effects on our planet and takes a toll on our health. 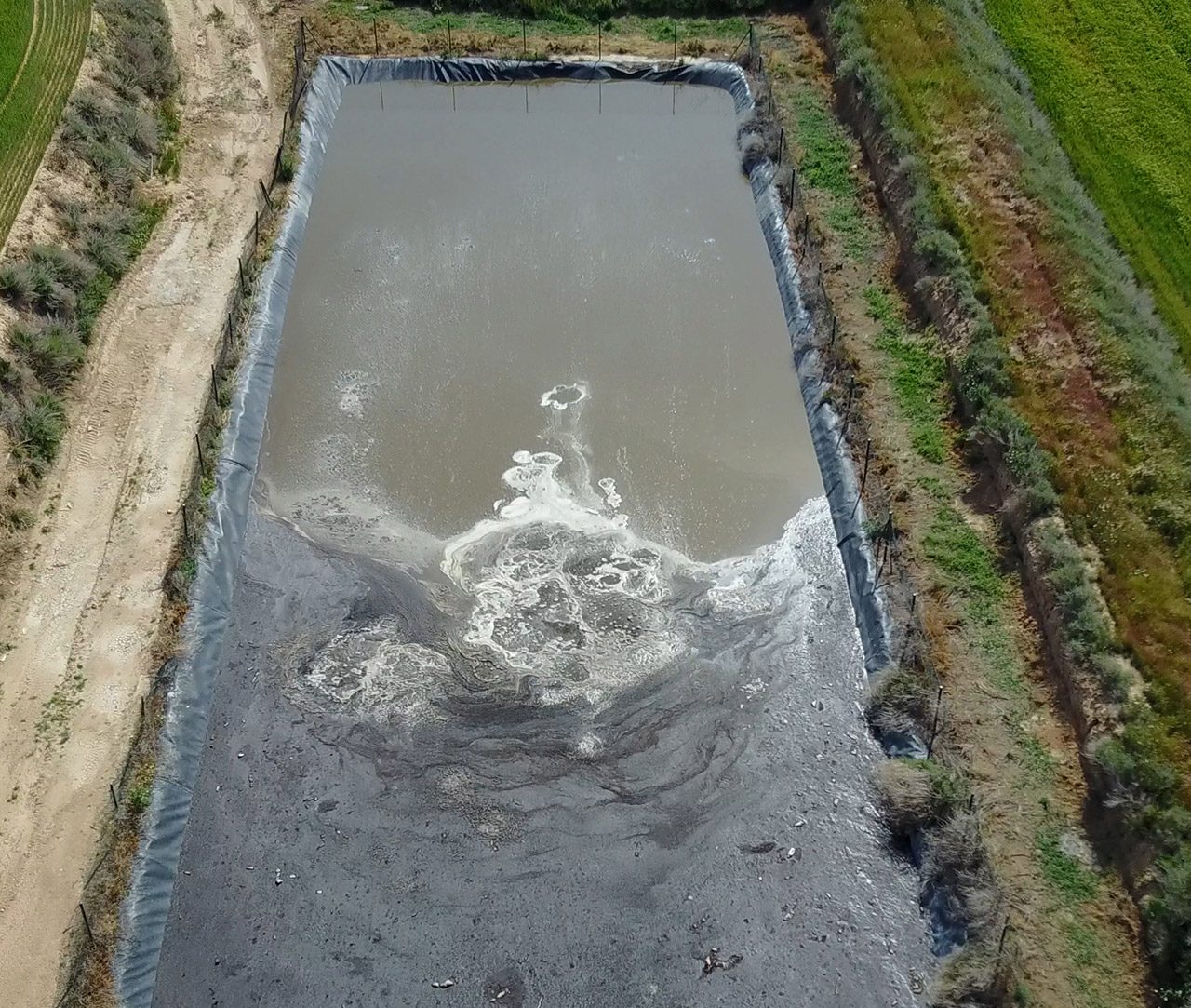 MEAT AND THE ENVIRONMENT

According to the Food and Agriculture Organization (FAO) of the United Nations, the world needs to shift away from a diet of animal products in order to combat the worst effects of climate change. For example, the FAO reports livestock factory farming contributes to almost 15 percent of global greenhouse gas emissions.

Factory farms also use an enormous amount of water. It’s used to grow crops for animals to eat, clean filthy factory farms, and give animals water to drink. Yet the industry has polluted more than 35,000 miles of waterways in the United States. 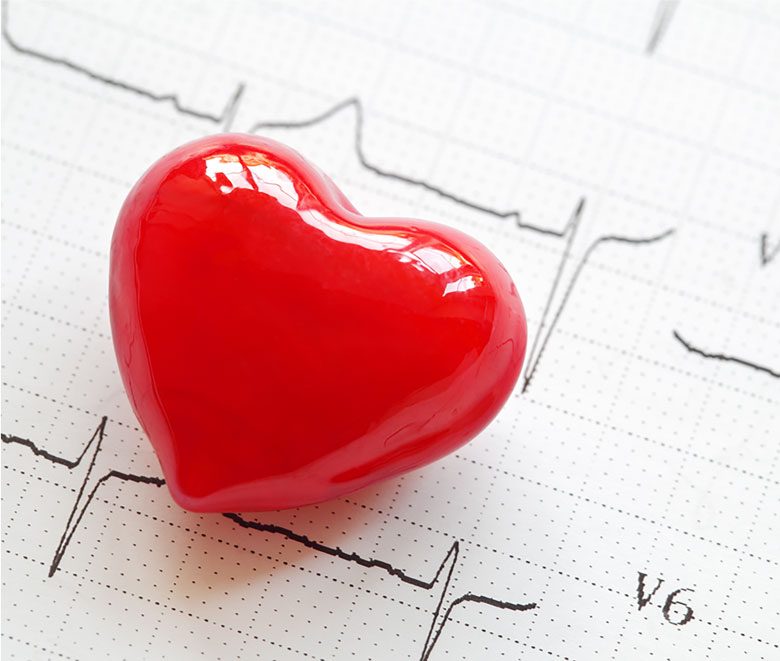 A risk to your health

Consuming animal products, including meat, puts you at an increased risk of several serious health conditions.

The World Health Organization recently declared processed meat a carcinogen that increases your risk of colon or rectum cancer by 18 percent.

In large part because of the increased health risks, people who consume meat don’t live as long as vegetarians and vegans. According to a study at Loma Linda University, of over 76,000 people, vegetarians were 12 percent less likely to have died during a six-year follow-up period than those who consumed meat.

Factory farms are secretive places. They work hard to conceal from the public the reality that farmed animals face. That is why Animal Equality works so hard to expose the cruelty inside and put an end to it. 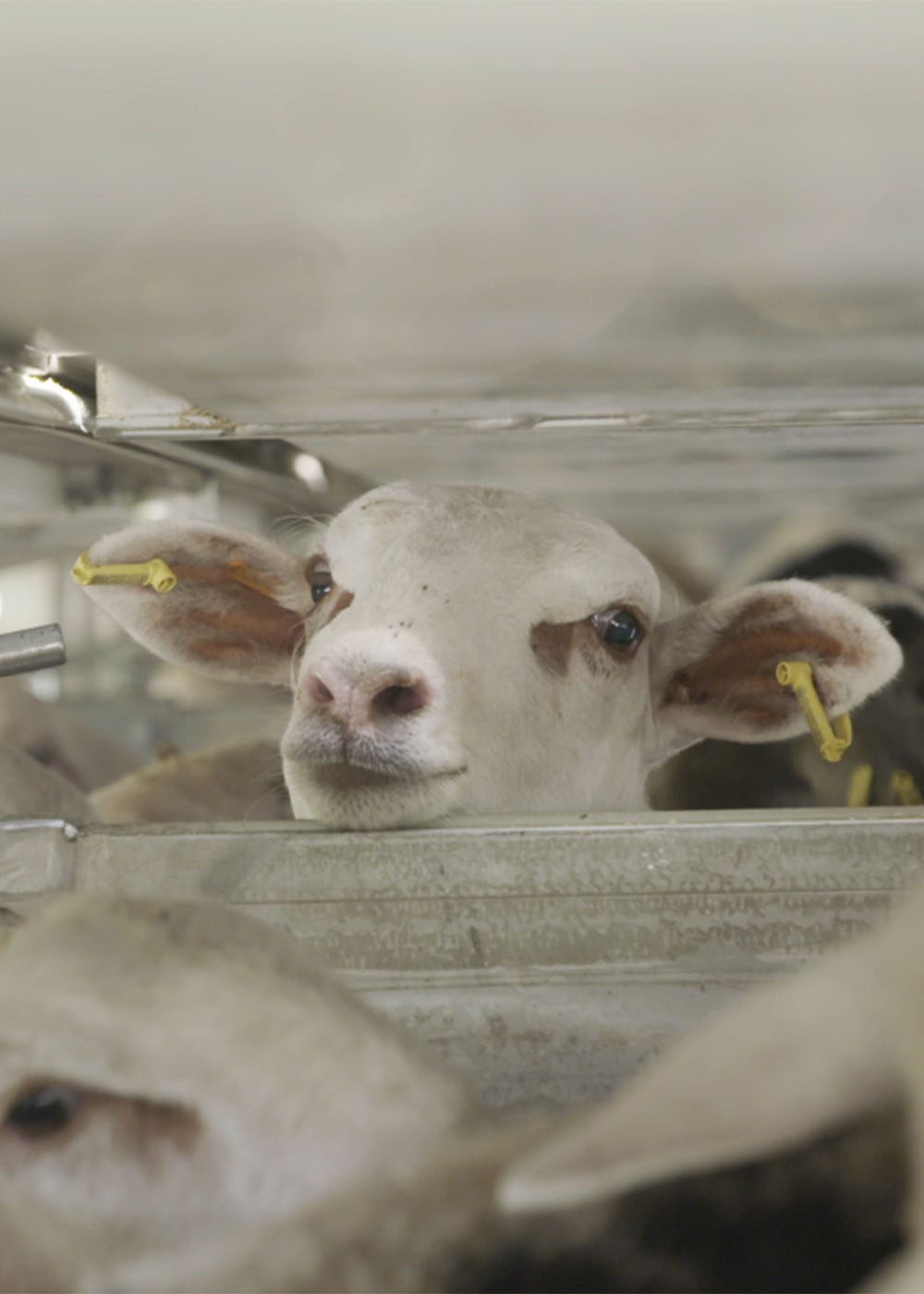 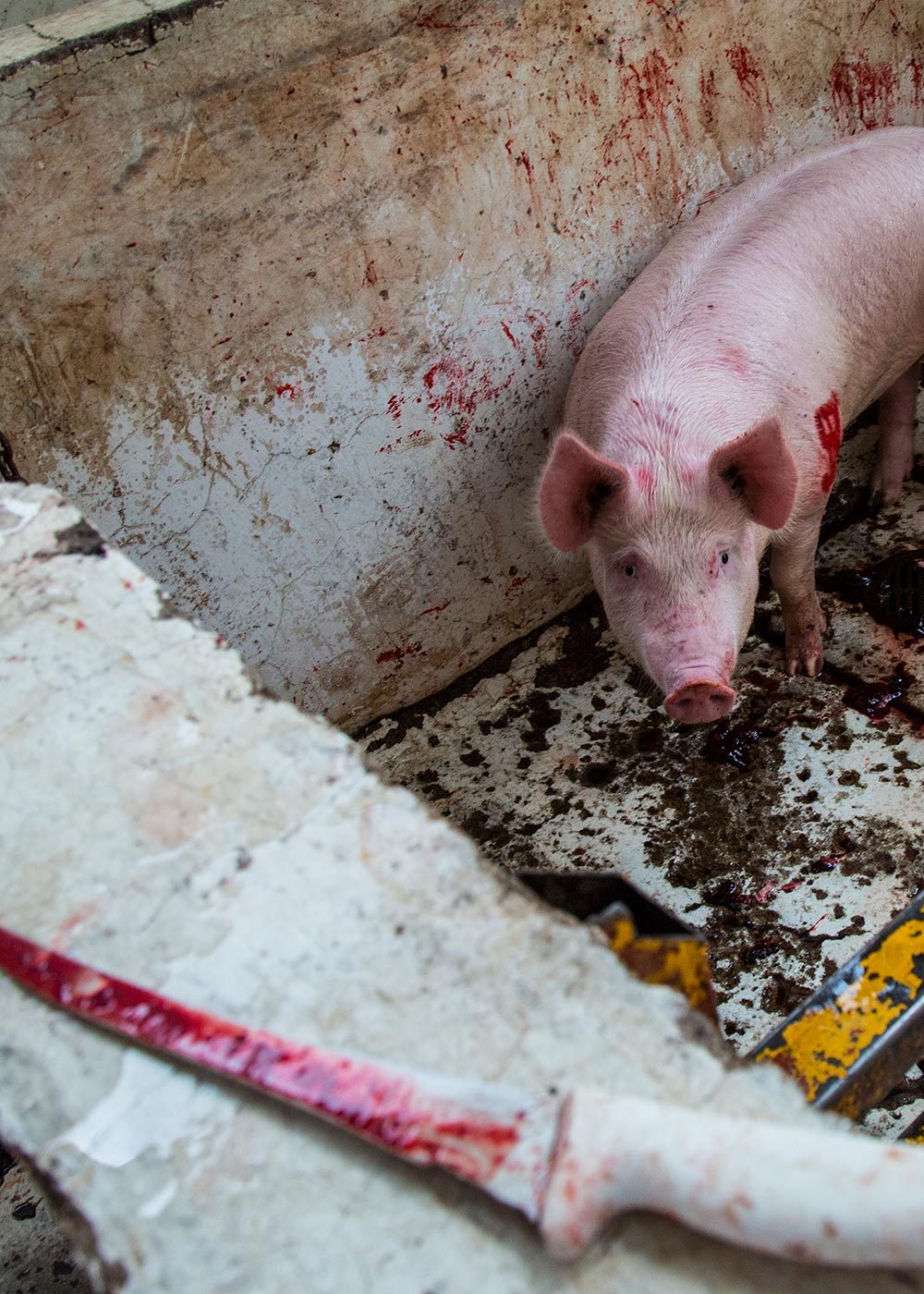 Exposing the Horrors of Mexican Slaughterhouses » 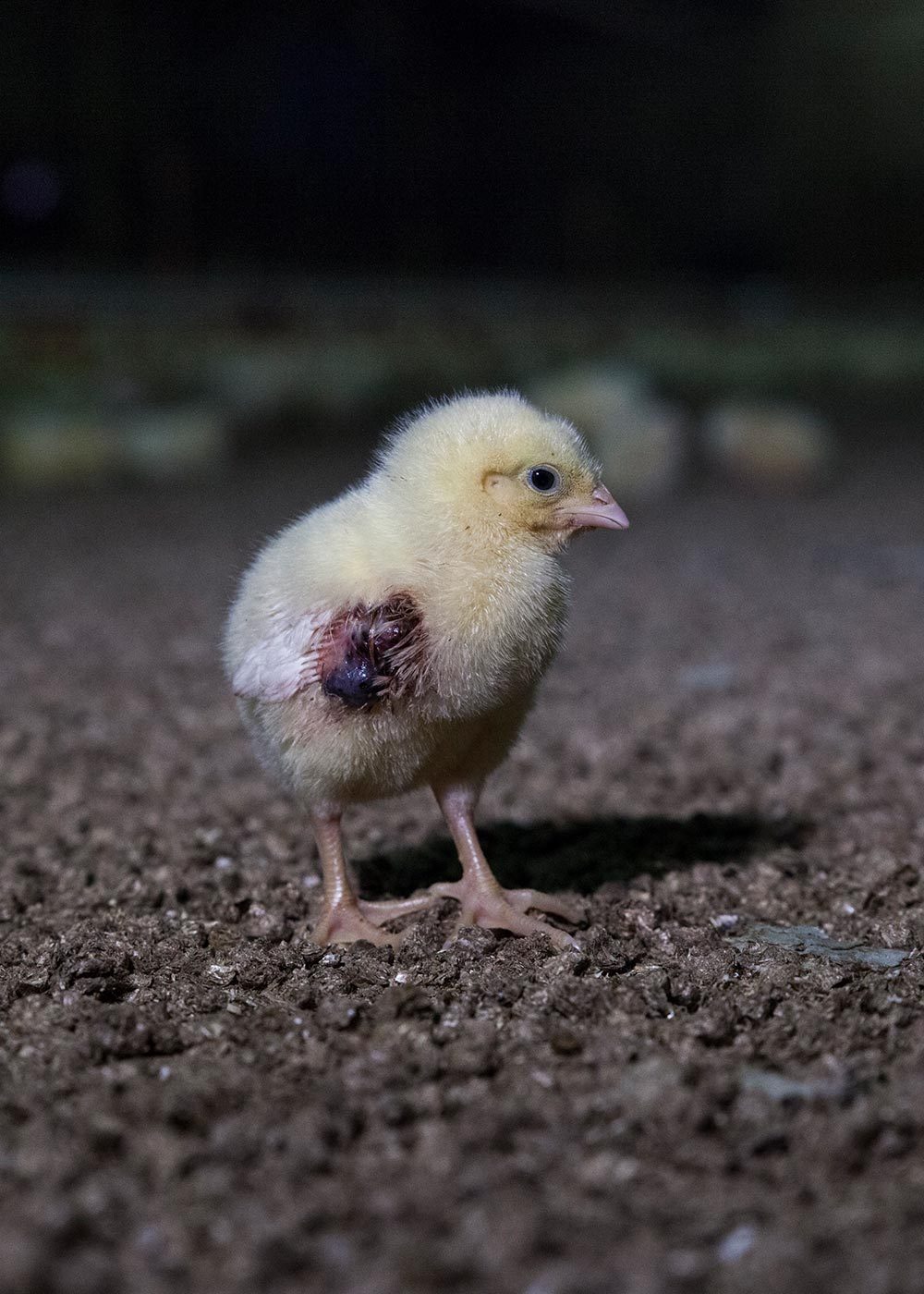 Investigating the Cruelty of Chicken Farms »

Through investigations and the support of people like you, Animal Equality has won numerous successes for farmed animals around the world. 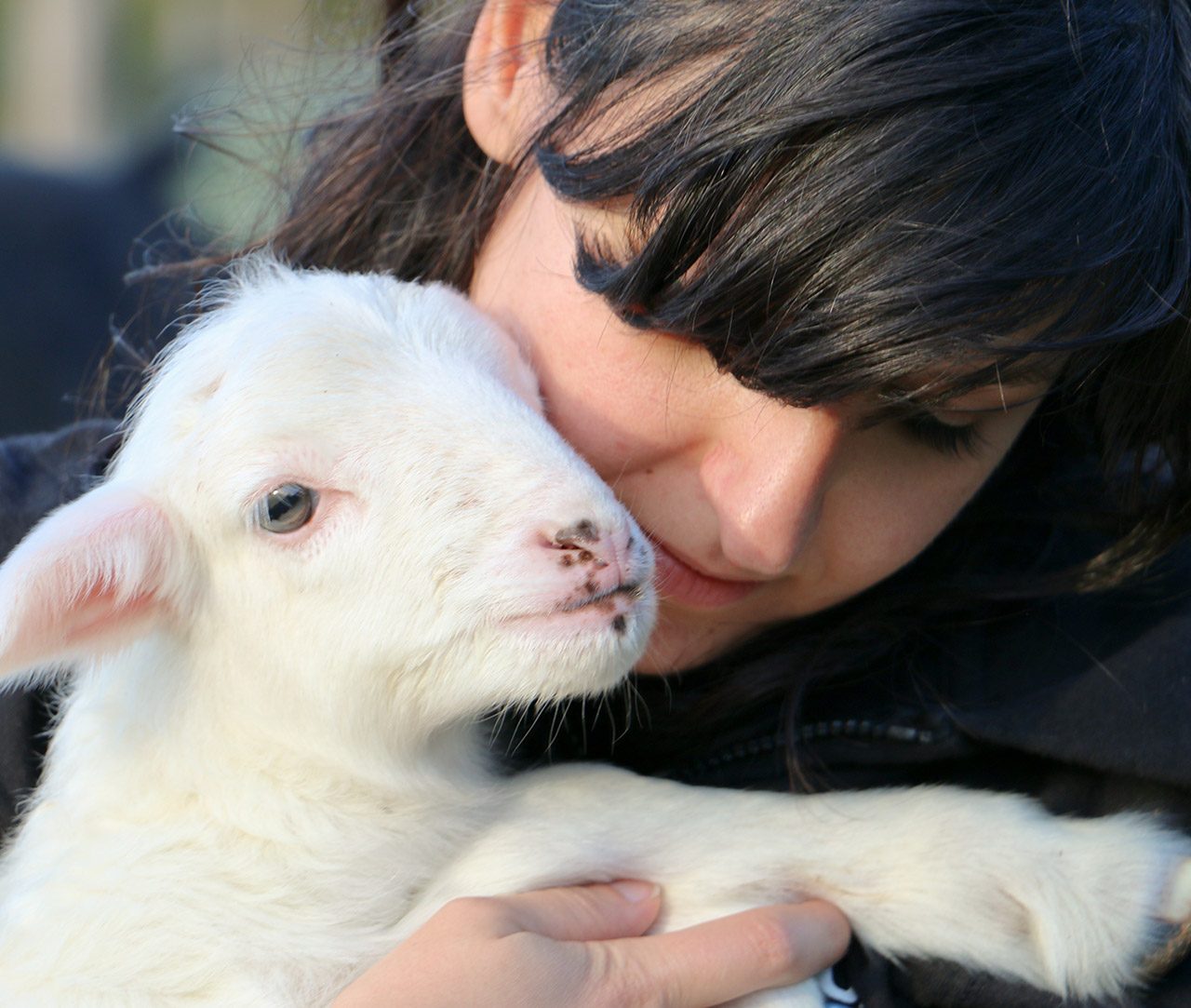 In Italy, Animal Equality’s Save a Lamb campaign aimed to reduce consumption of lambs during the Easter holiday.

The campaign has resulted in a 50% decrease in the number of people consuming lamb meat, with an additional decrease of 10% within the last year. 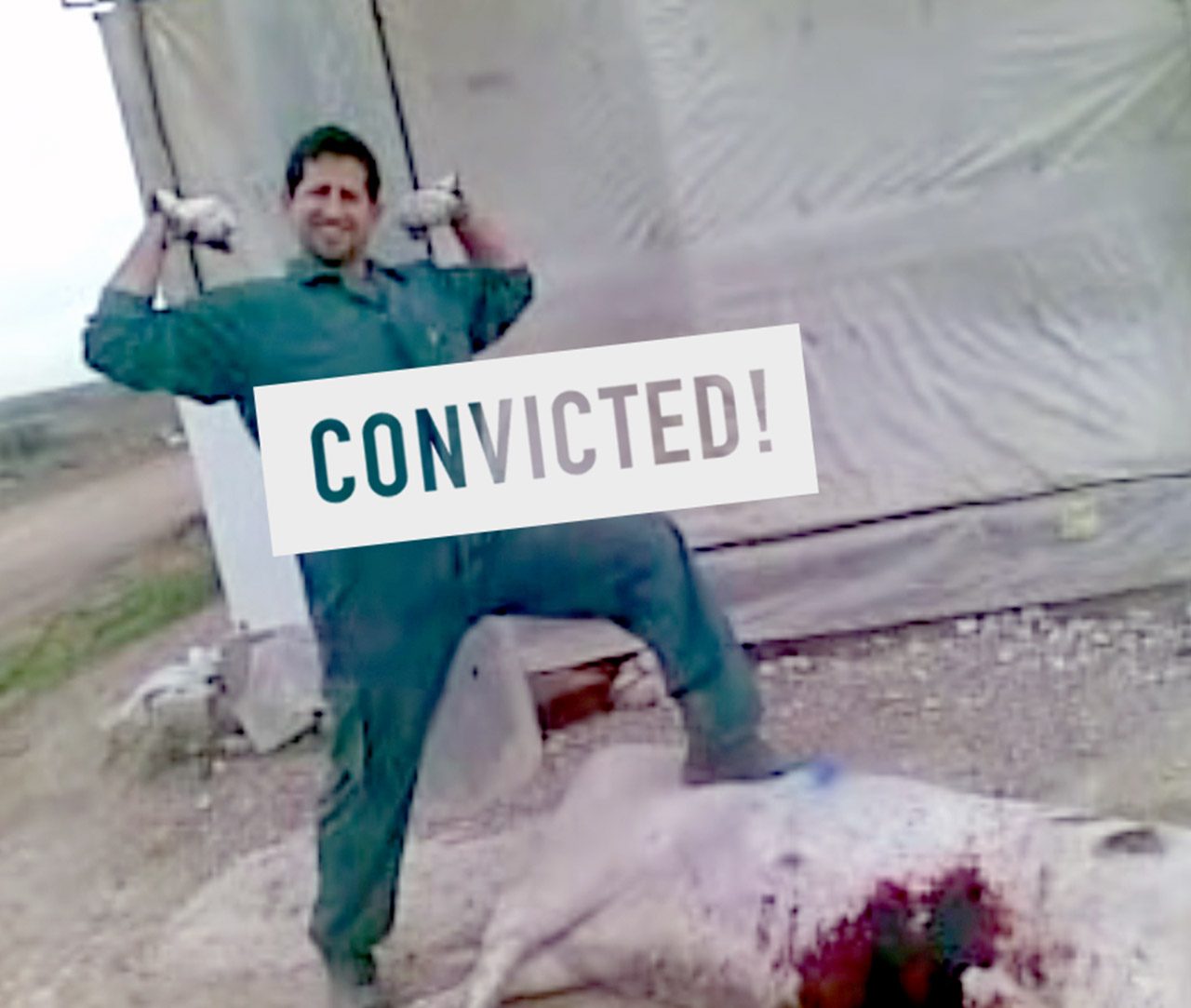 In Spain, after a shocking investigation by Animal Equality, we helped secure the first ever conviction for cruelty to farmed animals. 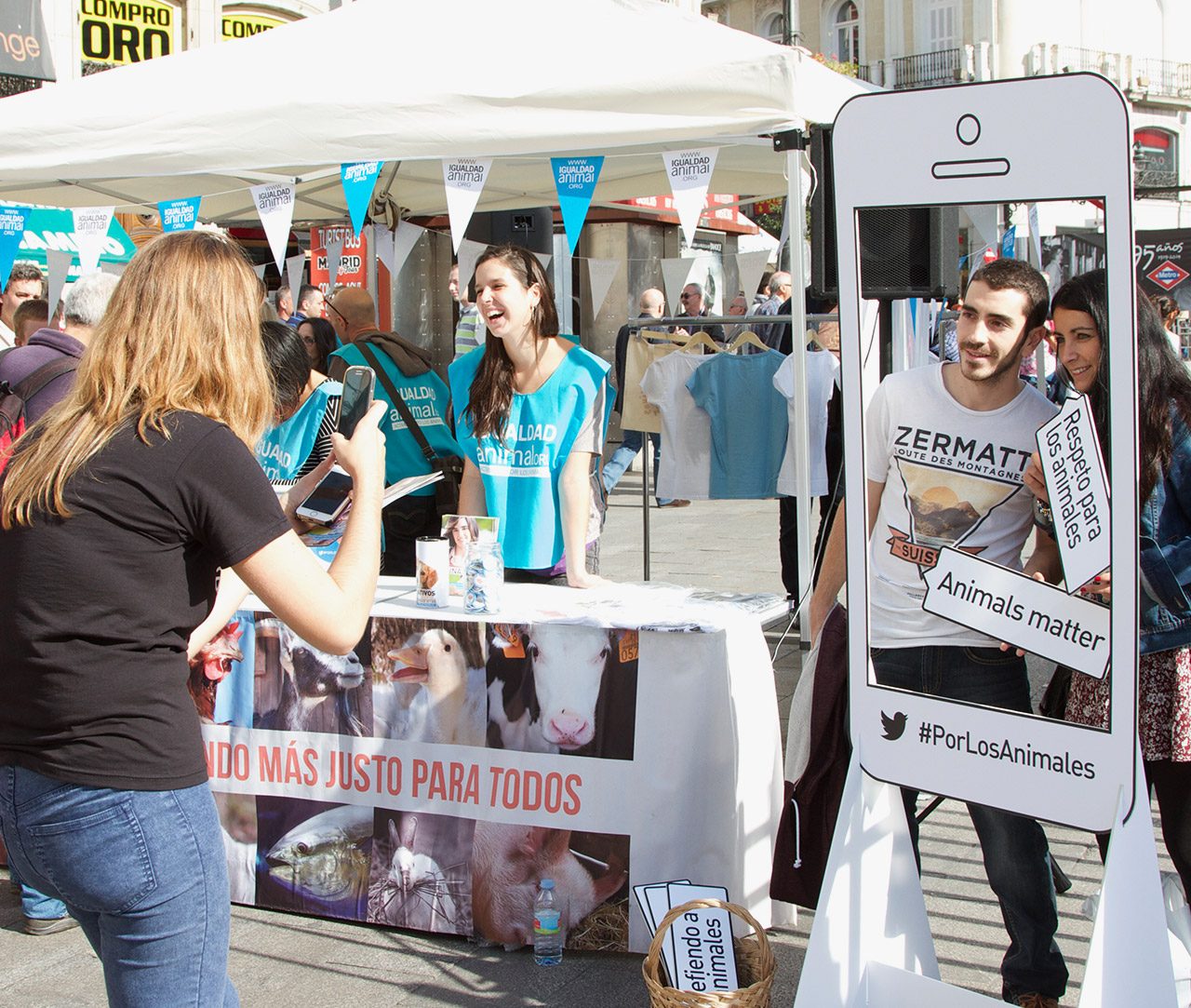 Animal Equality’s dedicated network of volunteers works around the country, helping us share the stories of animals in need! Participate in demonstrations, hand out leaflets, organize iAnimal screenings – your support for Animal Equality helps create a kinder world for animals.