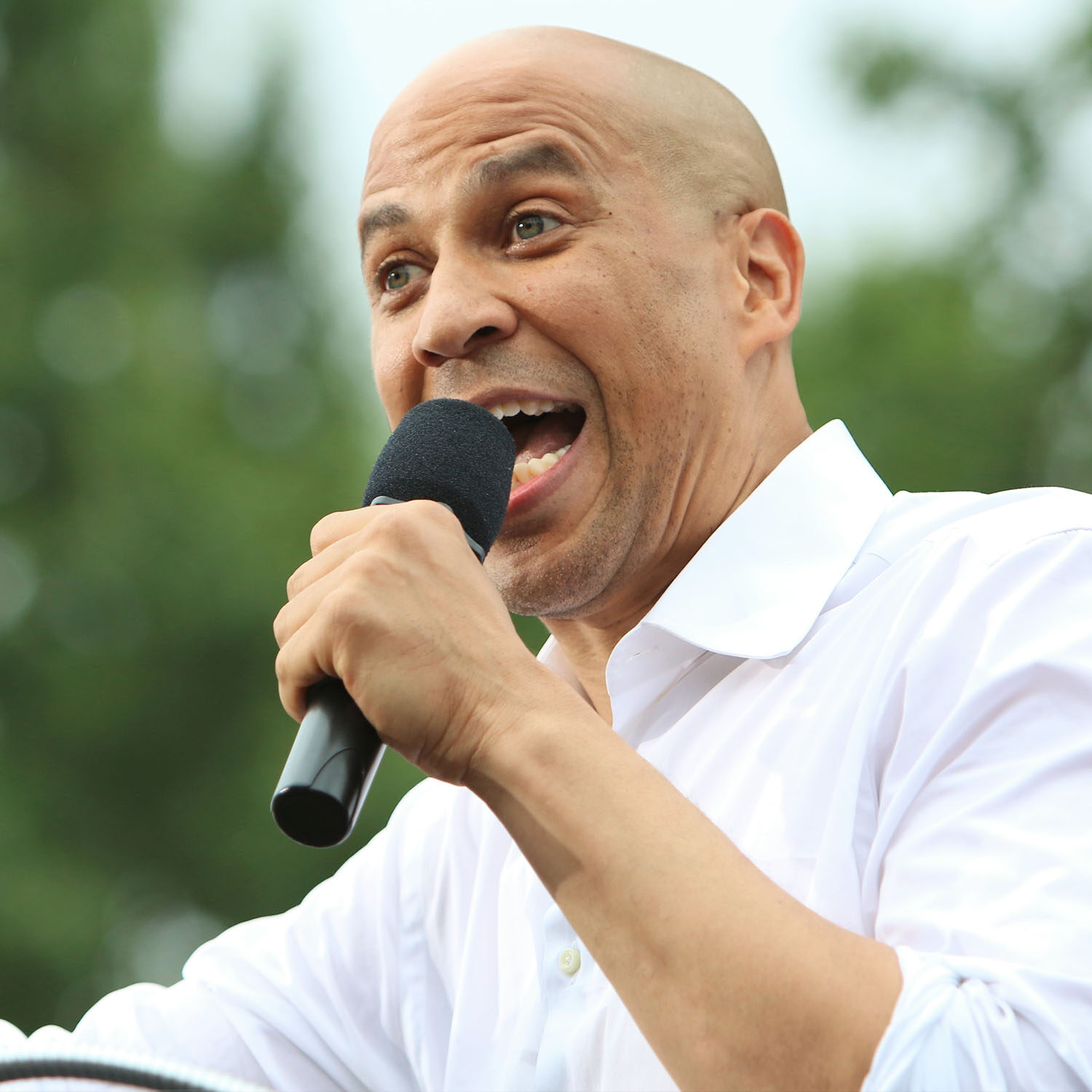 Claire Roberson Communications Manager
December 6, 2022
For far too long, the multibillion-dollar meat industry has been left unaccountable for the harm it causes animals and other stakeholders. US Senator Cory Booker is looking to change that with the Industrial Agriculture Accountability Act.

In the United States, federal protections for farmed animals are extremely limited. US Senator Cory Booker (D-NJ) hopes to change that with a groundbreaking piece of legislation–the Industrial Agriculture Accountability Act.

Animal Equality is among a coalition of animal protection organizations supporting Senator Booker’s ambitious bill. If passed, the Act would hold high-risk meat, dairy, and egg producers accountable—instead of tax-payers—for its reckless operation in the event of large-scale disasters, among other improvements.

About the Industrial Agriculture Accountability Act

The proposed Industrial Agriculture Accountability Act addresses multiple concerns with how the meat industry operates. The Act includes a decrease in the time animals are allowed to spend in transport to slaughterhouses, higher-welfare technologies for slaughter, and a pilot program to train and employ more slaughterhouse inspectors.

The Accountability Act also addresses an end to line-speed increases. This is an issue Animal Equality has been fighting as the United States Department of Agriculture (USDA) continues to allow slaughterhouses to operate faster and faster line speeds to increase profits. The increased speeds cause harm to the animals, the workers, and public health.

Faster line speeds are also an issue of public health, especially as the USDA has decreased its slaughterhouse oversight after it established new regulations in 2020. In a sworn statement by Jill Mauer, a veteran USDA inspector, sanitary conditions suffered as a result of faster line speeds and unregulated facilities. As she described:

This groundbreaking bill would help ensure powerful companies aren’t pocketing excess profits at the expense of animals, workers, and the environment. It will help stop certain cost-cutting measures during transport and slaughter, alleviating the suffering of farmed animals in important ways.

Senator Cory Booker is also looking to change the way agribusiness operates in times of crisis by establishing additional provisions for disaster response in the Act.

At the beginning of the COVID-19 pandemic, slaughterhouse facilities began to operate at a limited capacity, while some closed altogether. Without a plan in place, factory farms and slaughterhouses experienced a bottleneck of animals awaiting slaughter. The issue was felt largely by pig and poultry facilities. In an effort to protect profits, these facilities chose the cheapest option of inhumanely “culling”—the industry term for ‘selectively killing’—millions of farmed animals en masse.

An undercover investigation by animal protection organization Direct Action Everywhere, along with statements by a whistleblower employed by Iowa Selects, the largest pig slaughterhouse in Iowa, reveal the appalling methods used for depopulation. The ventilation systems of the barns were closed off and steam was introduced. As the heat increased and oxygen decreased, pigs were left overnight to die from suffocation and heat stroke.

This method, referred to as “Ventilation Shutdown” (VSD), left numerous pigs still alive. Workers were sent into the barns the next day with guns to kill the survivors.

The same method is currently being used in an attempt to battle the US’s worst bird flu outbreak in history. So far in 2022, 52 million birds have been killed using VSD, as well as a method that uses foam to suffocate the animals in large groups. Even birds not yet infected are culled due to the highly infectious nature of the virus.

During the pandemic, the federal government provided compensation to meat producers who culled animals—80% of the animal’s market value, plus the cost of killing and disposing of them. By April of this year, over 146 million taxpayer dollars had similarly been paid to poultry farmers to subsidize the culling of animals due to the ongoing bird flu.

US Senator Cory Booker is looking to shift the burden caused by the industry’s lack of disaster preparedness off of taxpayers and the animals. The proposed legislation would require the industry to submit a disaster preparedness plan and pay a fee towards a fund for disaster response. This fund would largely end taxpayer bailouts during times of crisis and ensure more humane methods are used in the event of mass depopulation.

There is no excuse for this multi-billion dollar industry to be bailed out with tax-payer dollars, or for animals to continuously suffer due to a lack of preparedness or responsibility. Farmed animals have borne the burdens of factory farming for far too long, and it’s time the responsibility is placed back on the meat industry. Animal Equality endorses Senator Booker’s proposed Act that will finally begin to hold agribusiness accountable.

We’ve seen multiple recent crises that have shined a light on the threat that corporate meat producers and their web of factory farms represent to workers, animals, the environment, and rural communities. Built by agribusinesses, the industrial livestock and poultry system is designed to maximize production — while externalizing risk and liability — to ensure corporate profits even when the system fails.

Farmed Animal Federal Protections in the US

Only a few federal laws exist to provide limited protection for farmed animals in the US. The 28-hour Law establishes guidelines for the transport of livestock. This requires trucks to stop after 28 hours of transport to offload animals for food, water, and rest for at least five hours. Unfortunately, this law is rarely enforced. Over 4.7 million farmed animals die in the US every year during transport due to injury, illness, starvation, dehydration, and extreme conditions.

The Humane Methods of Slaughter Act (HMSA) requires stunning prior to slaughter to “prevent needless suffering.” The Act expressly excludes chickens and other birds, who are some of the most abused farmed animals in the industry. However, even with HMSA protections, animals in slaughterhouses are routinely killed while conscious, as documented numerous times by Animal Equality investigators.

Nevertheless, if passed, the Industrial Agriculture Accountability Act would be the strongest federal animal protection legislation passed by Congress. It is the second package Senator Booker has presented to reform the meat industry and protect slaughterhouse workers, the public, and, most importantly, the animals.

How You Can Support Animals:

You can help end their suffering once and for all! Sign our End Factory Farming petition to lend your voice to the 266 land animals killed for their meat every second:

While federal laws to protect farmed animals are crucial, the best way to protect them is to leave them off your plate. That’s why we urge you to try a plant-based diet and encourage your family and friends to enjoy a more compassionate way of eating.