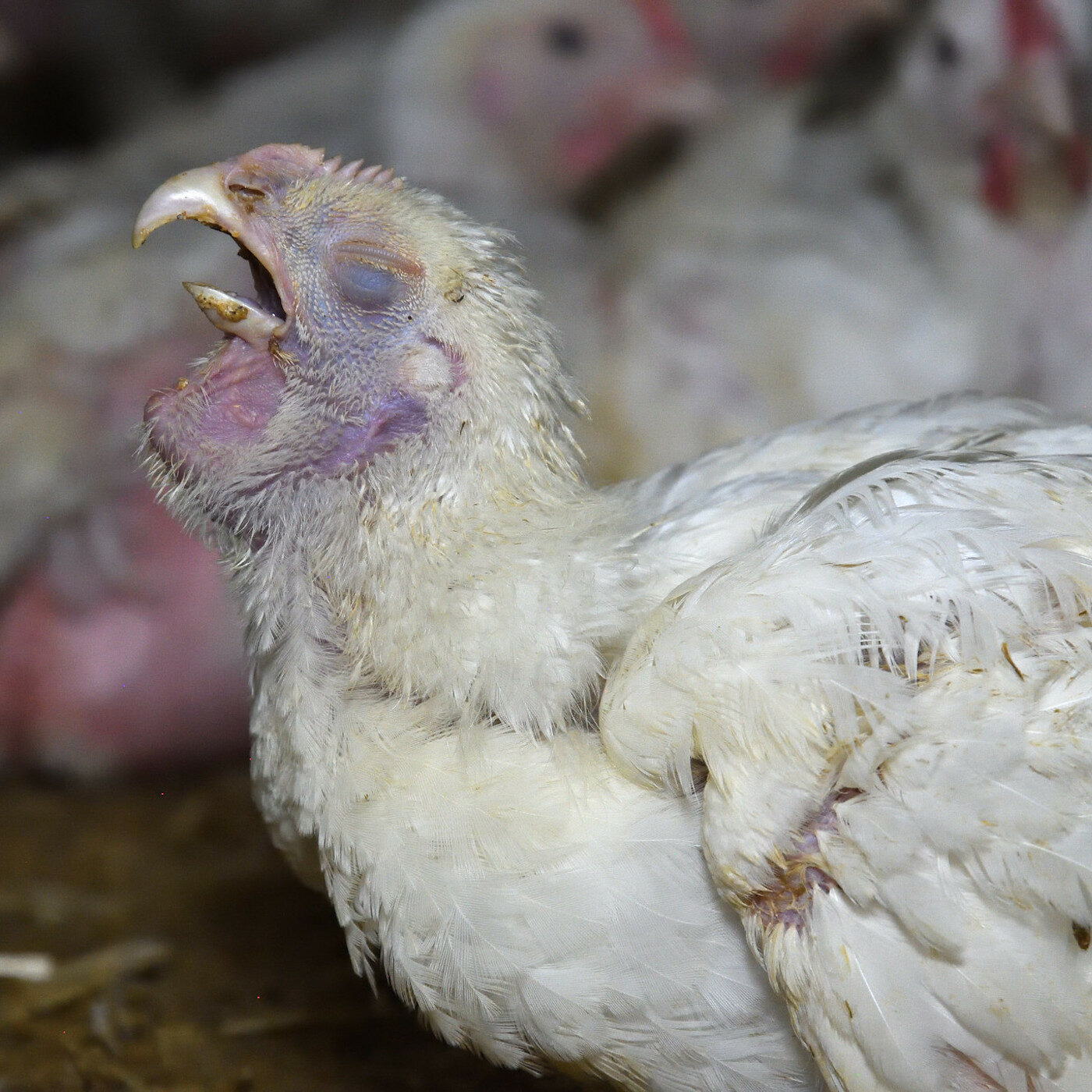 What More Will it Take, Home Chef?

Dane Charbeneau
September 13, 2021
Consumers across the globe are demanding more transparency about the sources of their food— especially with regard to animal welfare. In response to public pressure, food companies are committing to do better. But one company has completely ignored calls to raise their standards: Home Chef.

In September 2020, Animal Equality launched a campaign targeting three meal kit service companies for their lack of a public commitment to higher animal welfare in their chicken supply chains. The companies, which include Gobble, Yumble, and Home Chef, have all either refused to disclose any chicken welfare policy they adhere to or whose standards do not match up with what their customers would expect.

THE PUBLIC HAS VOTED: Visitors to the campaign page, MealKitCruelty.com, have the ability to vote for who they believe to be the worst meal kit for animals, as well as sign petitions for all three demanding that the company executives take animal welfare seriously. After months of campaigning, Home Chef was the clear “winner” for the worst of the worst.

FALSE ADVERTISING: Home Chef has made questionable statements regarding their animal welfare, marketing “high quality” products and claiming to “source responsibly as often as (they) can.” Yet, without an established chicken welfare policy, Home Chef is most likely allowing some of the cruelest factory farming practices in their chicken supply chain.

IT DOESN’T HAVE TO BE THIS WAY: Over 200 brands in the United States have adopted the Better Chicken Commitment, a comprehensive set of welfare reforms that address the worst abuses suffered by chickens on today’s farms. Even Home Chef’s main competitors, including Blue Apron, HelloFresh, and Sun Basket, have stepped up and put an end to the most horrific practices.

A YEAR OF CALLS TO ACTION IGNORED: After a year of imploring that Home Chef raise their standards, the company is seemingly no closer to doing so. Hundreds of calls, emails, social media messages, and more have simply gone unanswered.

Join us in urging Home Chef — and their CEO, Pat Vihtelic — to do better, for its customers, and the animals in its supply chain by adopting the Better Chicken Commitment.