Your Chicken Had a Bath, But it Wasn’t in Water

Chlorine-washed chickens are symbolic of much bigger concerns around animal welfare.

WHAT IS IT?: US farms are allowed to dip or wash chicken carcasses in water containing chlorine dioxide in order to kill potentially harmful bacteria such as E. coli, campylobacter and Salmonella on meat. The process is known as pathogen reduction treatment (PRT) by the industry, which has been banned by the European Union due to food safety concerns.

IS IT HARMFUL TO HUMANS?: Data from the European Commission indicate that a person would have to eat 5 percent of their own body weight of chlorine-washed chicken in one day to be exposed to harmful levels of chlorate, a chlorine byproduct. So for a 130 pound person, they would have to eat 6.5 pounds of chicken. The problem is that we really don’t know how much chlorate is present, on average, in chicken that has been washed with chlorine.

Moreover, in 2008, the Council of Europe rejected a European Commission proposal to allow the use of chlorine-washed chicken, which it said can, “lead to the formation of chloro-organic compounds, several of which are persistent, bioaccumulable or carcinogenic.” Meaning, the compounds are hard to get rid of, have a tendency to build up over time when repeatedly consumed, and can cause cancer.

WHAT ABOUT THE ENVIRONMENT?: The 2008 Council of Europe decision also stated that chlorine-washed chicken “can pose a risk to the aquatic environment, the health of staff working in waste water systems and the operation and performance of sewerage systems and/or wastewater treatment plants.”

DOES IT DO ITS JOB?: A 2014 investigation by the independent non-profit organization, Consumer Reports, found that 97 percent of 300 chicken breasts it tested from across the US contained harmful bacteria including E. coli, campylobacter and Salmonella. In addition, more than half of the samples contained fecal matter and at least one bacterium that was resistant to three or more commonly prescribed antibiotics.

WHAT ABOUT ORGANIC CHICKENS?: In the USDA Guidelines for Organic Certification of Poultry it states, “Water used in direct post-harvest contact for egg or carcass washing is permitted to contain chlorine materials at levels approved by the Food and Drug Administration or the Environmental Protection Agency for such purpose.” In other words, yes, chickens deemed organic can be washed in chlorine.

THE ROOT OF ALL EVIL: With the human health and environmental concerns, it’s no wonder chlorine-washed chickens have been banned in the EU. Why does the US allow such a controversial practice? Advocates for this method can argue that it is to protect the American people from harmful bacteria, but from studies we know of its ineffectiveness. Could this just be a ploy to avoid costly higher welfare practices? When money is on the mind, there is little room for concern for others.

THE REAL ISSUE: Why do we even need to have this unnatural process in the first place? It might have to do with the horrific conditions in which chickens raised for meat live. Tens of thousands of chickens are confined to dimly lit sheds with virtually no ability to perform any behaviors natural to them to help promote their well-being. The young, sensitive birds are bred to become so large so quickly that they become prisoners in their own bodies, often unable to walk and suffering in pain. And because there is no set standard for cleaning the substrate on which they live, the ammonia from the urine and feces covers the floor and causes burns on the chickens’ bellies and feet. During investigations we find dead and dying birds among the living. Nothing about how these animals are raised is sanitary.

WHAT’S THE ALTERNATIVE?: The best way to protect yourself from harmful bacteria and help chickens is by simply not eating them! And in the meantime, those who support a ban on chlorine-washing believe that farmers are relying too heavily on this process to kill harmful bacteria. Hygiene and animal welfare standards must be raised instead of trying to prevent these pathogens from taking form in the first place.

Animal Equality, along with other animal protection organizations, is trying to do just that – improve animal welfare standards for chickens used for meat by asking companies to adopt a set of higher welfare standards known as the Better Chicken Commitment. Since the launch of this program in our Corporate Outreach Department, more than 200 brands, including top companies like Nestlé and Burger King, have adopted the policy.

Want to help in these efforts? Join our Animal Protectors online action team! We’ll send you quick and easy online actions you can take to help animals. Sign up today! 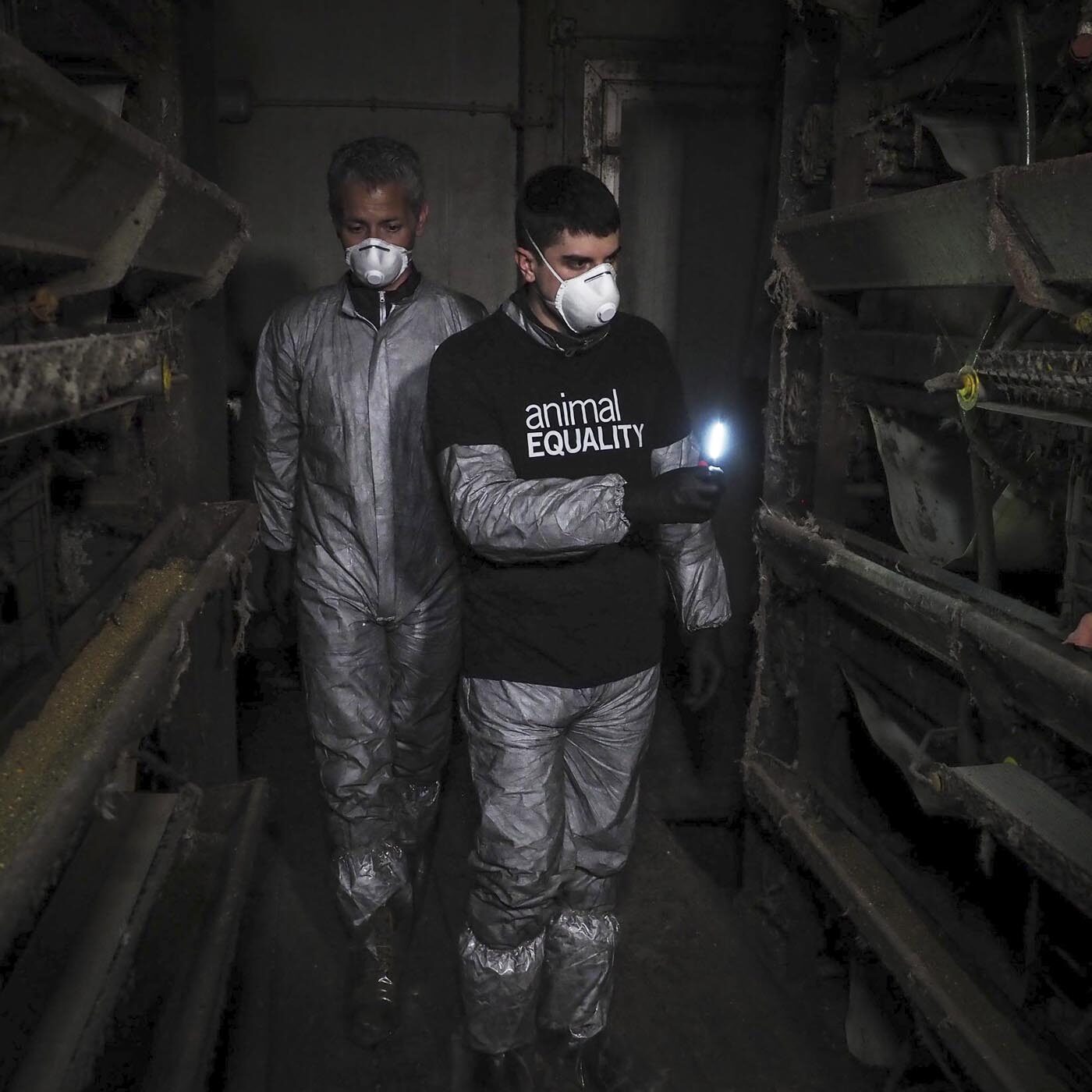 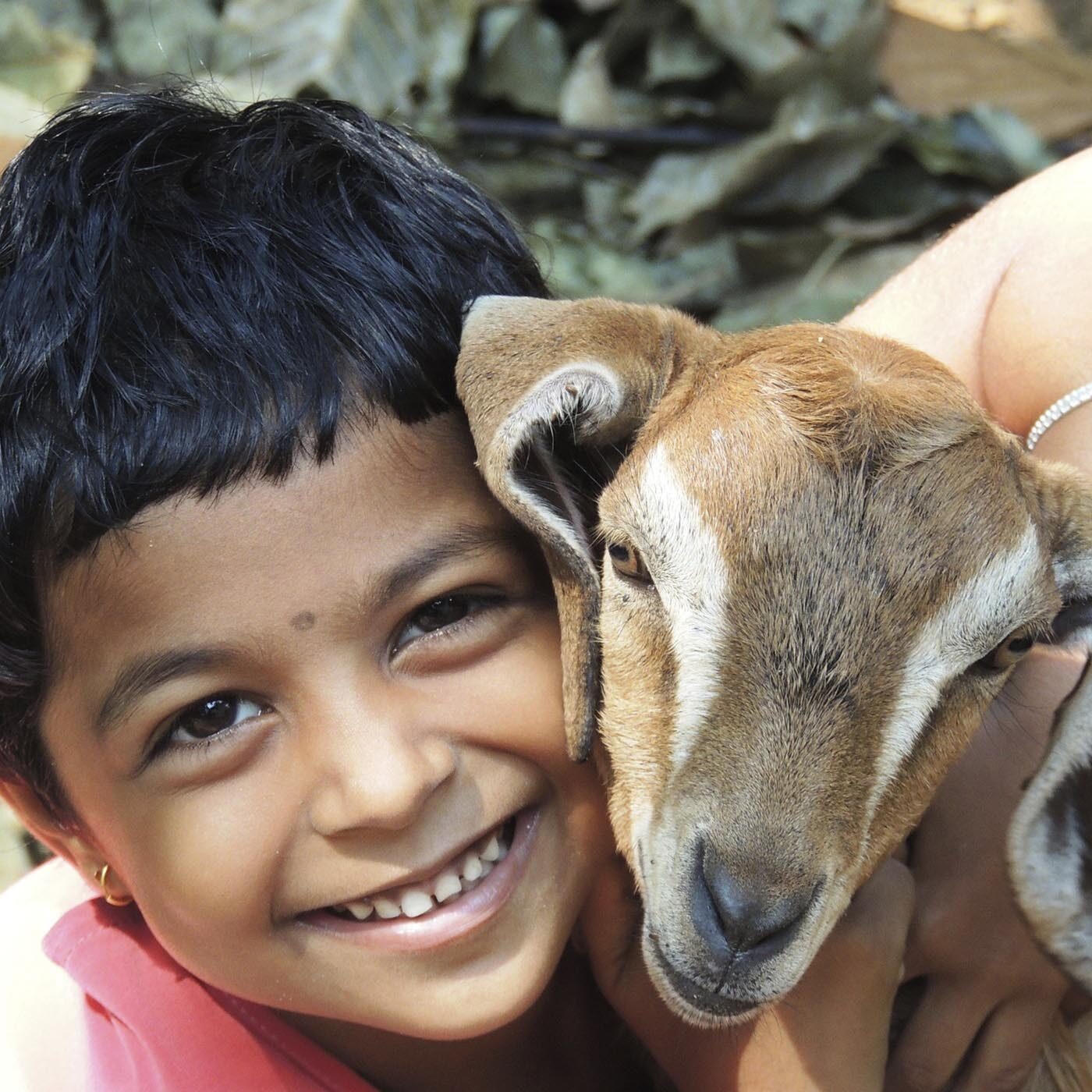 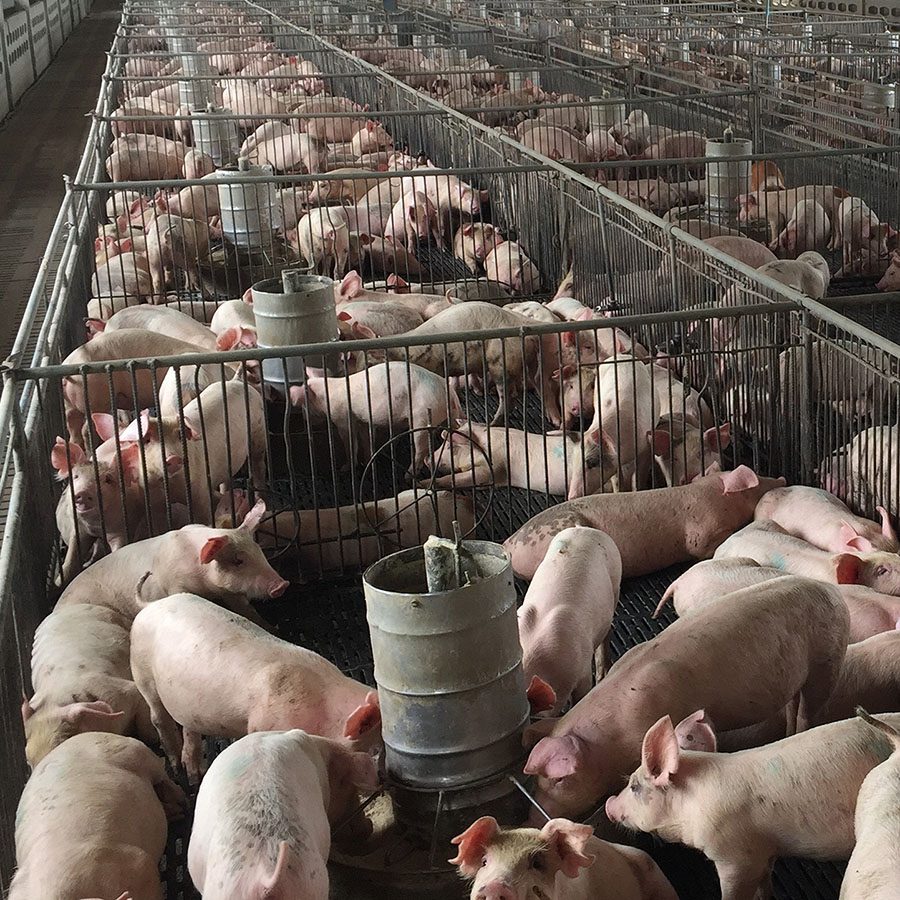