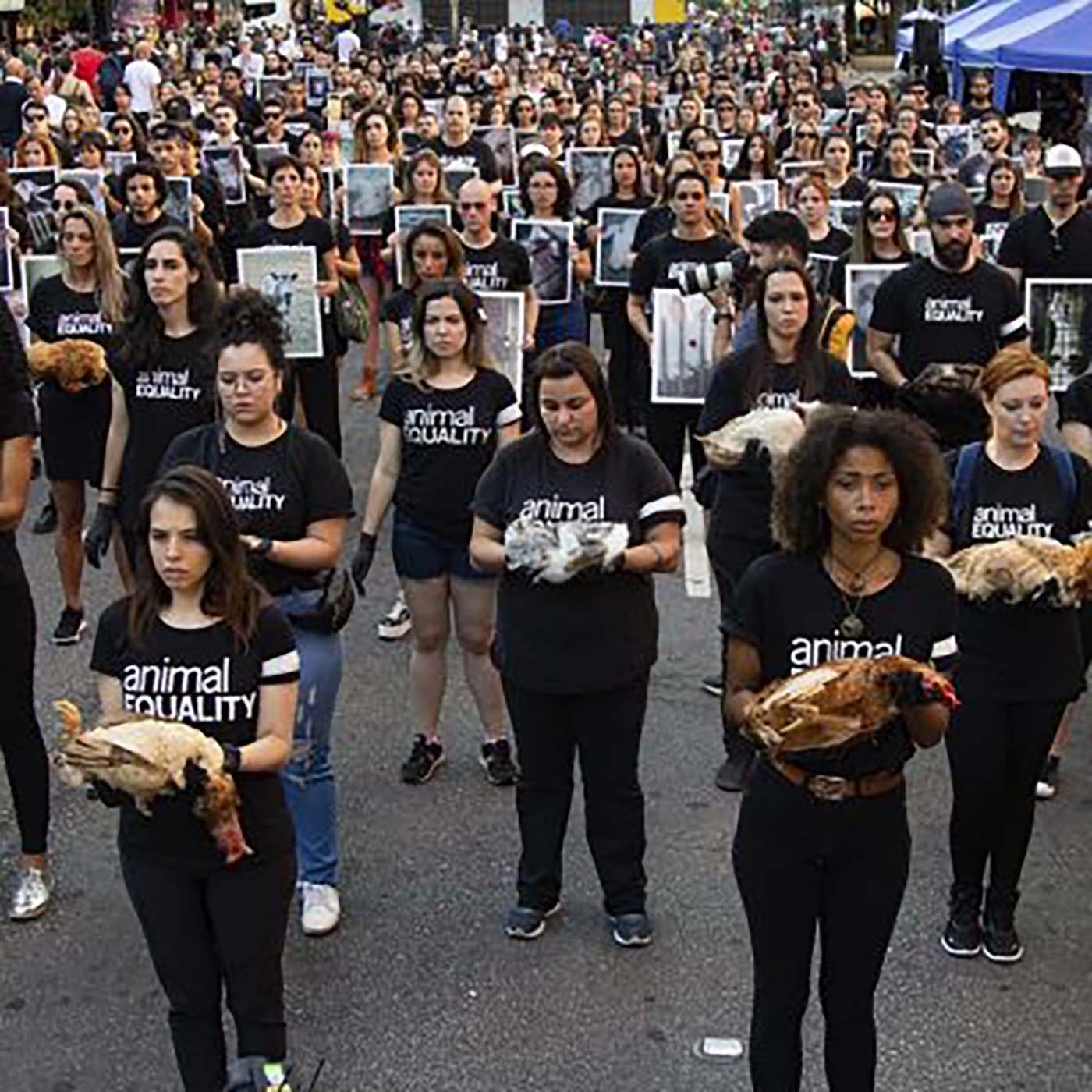 Animal Equality
December 10, 2019
Animal Equality led large demonstrations involving photographs and the actual bodies of animals who have been killed as a result of human exploitation.

Today is International Animal Rights Day. To commemorate the day each year, activists all over the world join together to raise awareness about animals who are the victims of exploitation as well as to pay homage to the billions of animals killed by humans each year.

Animal Equality is a big part of the international day, organizing large demonstrations, oftentimes involving photographs or the actual bodies of animals who have been killed as a result of human exploitation.

Memorializing and respecting the animals’ bodies in this way helps consumers make the connection between the deceased animals they witness at the demonstration and the animal parts on their plates.

The majority of the animals’ bodies honored in these demonstrations are obtained from farms where they died as a result of the nightmarish conditions they were forced to live in.