How the Dairy Industry Hurts Cows

Kim Johnson
July 9, 2019
Cruelty and suffering is inherent in the commercial dairy industry. Here’s why, and what you can do to help.

Time and time again, Animal Equality has exposed animal welfare violations and extreme abuse from farmers on dairy farms all over the world. But even under the best possible circumstances when no laws are violated, cruelty and suffering is inherent in the commercial dairy industry. Here’s why:

COWS ARE FORCIBLY IMPREGNATED: Just like humans, cows only produce milk once they’ve given birth. So to keep the milk flowing, farmers artificially inseminate female cows about once a year. 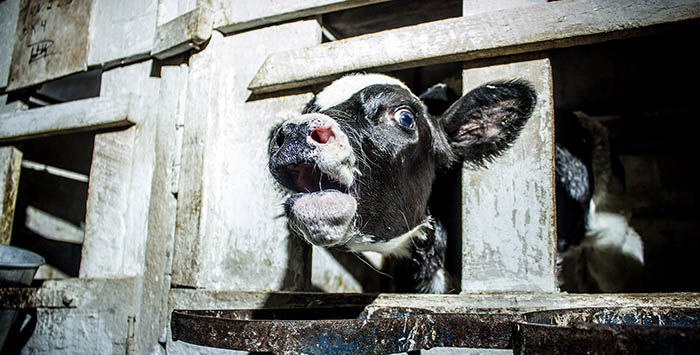 FAMILIES ARE TORN APART: Also much like with humans, once a cow gives birth, a strong bond instantly forms between mother and baby. They won’t have much time together, though. Within a day or two after birth, calves are typically separated from their mothers and fed milk replacers so that the dairy industry can profit off of the milk that was meant for the calf. This separation causes extreme distress for the cow and her calf. Mothers have been known to cry out for their missing babies for days after they’ve been taken away.

THE DAIRY INDUSTRY SUPPORTS THE VEAL INDUSTRY: If the calf is female, she will typically continue the cruel cycle of being forcibly impregnated and exploited for her milk, just like her mom.

Male calves, however, are considered useless to the dairy industry because they cannot produce milk, and if they aren’t sold for beef, they’ll likely be sold to the veal industry. There, they’ll suffer in solitary confinement in cramped crates. Farmers purposefully limit the calves’ movement to keep their flesh tender, and feed them diets lacking in iron to keep their flesh white. They’ll be killed for veal after a few miserable months of life. 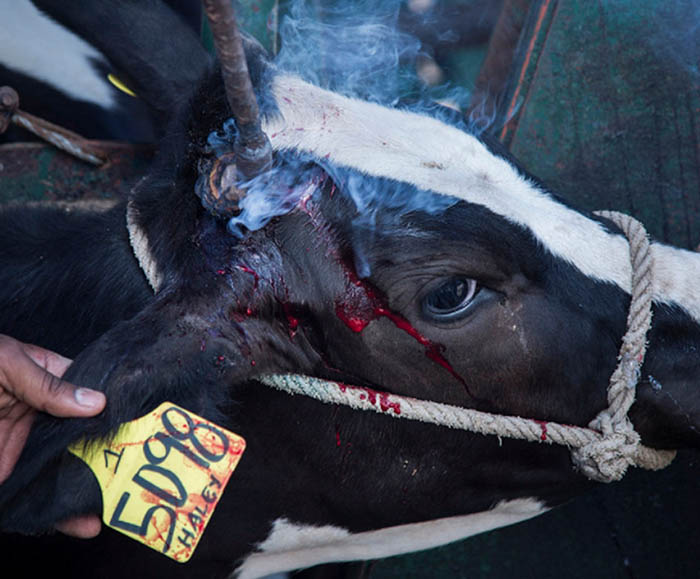 COWS SUFFER PAINFUL MUTILATIONS: Cows who aren’t bred to be hornless, are typically “de-horned.” To do this, farm workers cut the horns—which are full of sensitive nerve endings and blood—out of the animal’s head or burn off the delicate horn tissue. Cows are also burned with searing hot irons (“branded”), their tails are painfully removed (“docked”). The animals are forced to endure all of this without anesthesia.

LIVES ARE CUT SHORT: Cows in the dairy industry suffer for their entire lives. They endure the agony of their calves being taken away over and over, and their bodies give out from the stress of constant milking. Once considered “spent” at about five years old, cows used for dairy don’t get to retire. Instead, they face the same fate as those in the meat industry: they’re packed into trucks and shipped off to a terrifying death at the slaughterhouse. 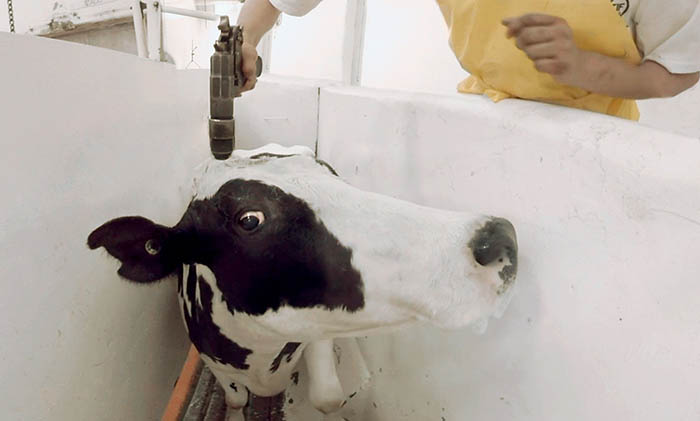 WHAT YOU CAN DO: The good news is that we don’t have to contribute to this cruel cycle. With all of the delicious plant based options available at the grocery store, helping cows is now easier than it has ever been. With some minor adjustments, you can make kinder choices that don’t contribute harming animals. Visit LoveVeg.com to learn more! 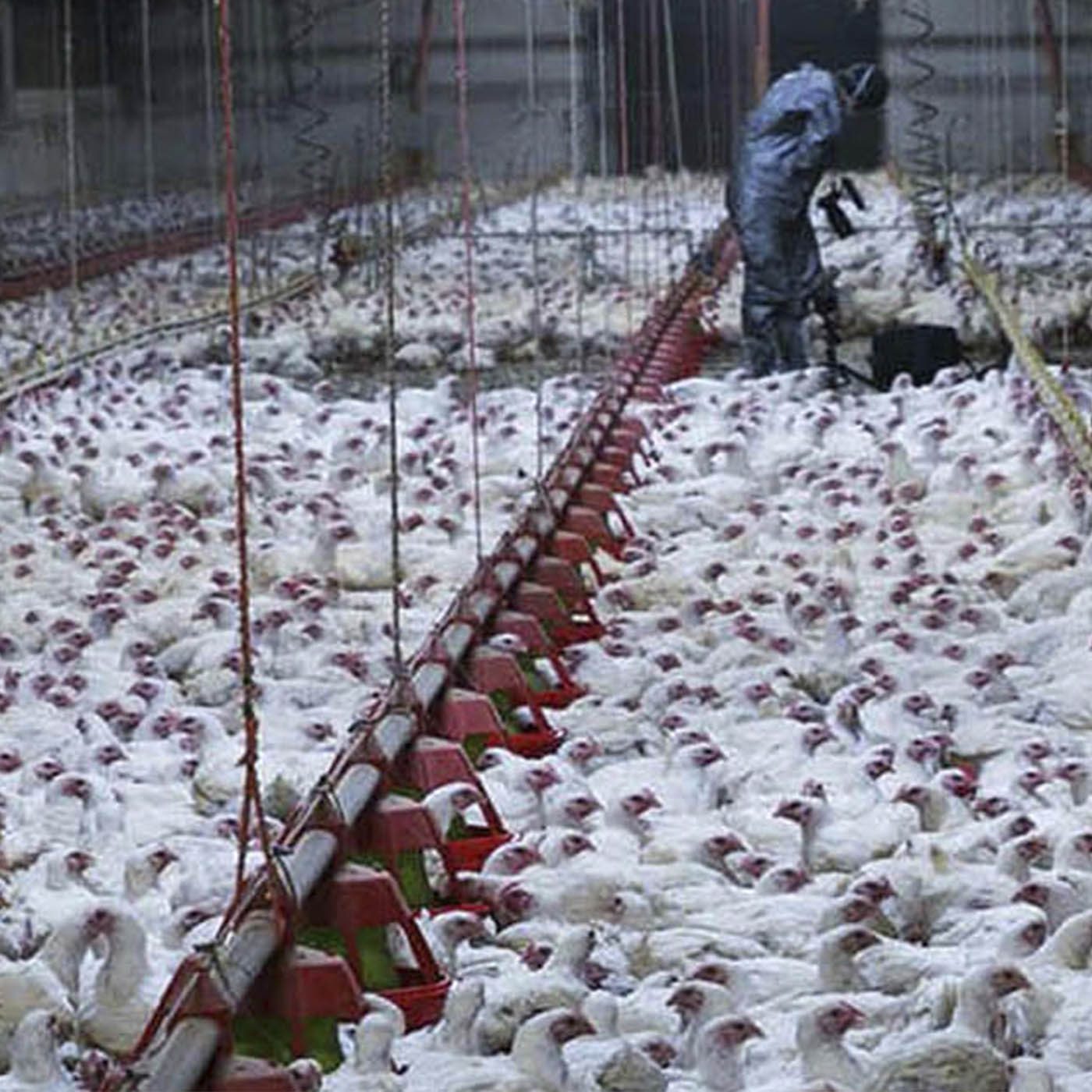