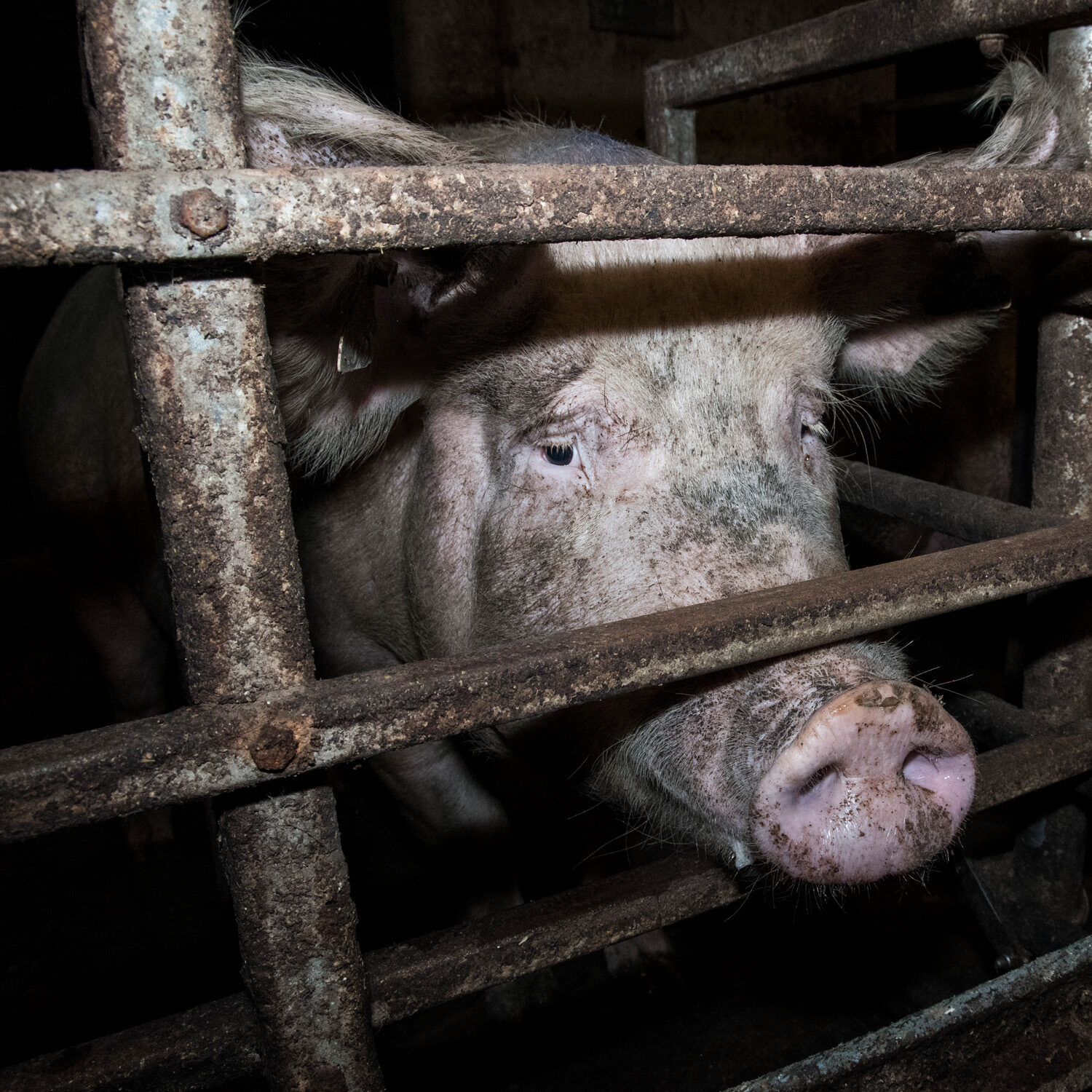 May 17, 2022
Factory farming is a broken system where the interests and needs of the animals have been erased entirely. They need your help to change this cruel food system for good.

In Animal Equality’s 16 years of campaigning for animals, we’ve investigated more than 800 farms and slaughterhouses worldwide leading to the closure of farms, convictions for animal cruelty, and millions of people learning about the treatment of animals in the meat, egg and dairy industries. We have persuaded food corporations to eliminate some of their worst practices such as confining hens and pigs in cages for their entire lives or eliminating extreme abuses for chickens.

Our work continues worldwide to create a world where all animals are respected and protected.

Animal Equality has been working for over 15 years to end cruelty to farmed animals; through our investigations, educational work, and efforts with companies and legislators, we have impacted hundreds of millions of animals worldwide. We are committed to creating a world where factory farming belongs to history.

What are factory farms?

Companies breed, grow, and kill animals as quickly as possible to produce cheap meat, eggs, and dairy. Unfortunately, this means that cows, pigs, chickens, and other animals are viewed and treated as nothing more than products in a factory assembly line.

Pigs and hens born into factory farms will spend their short lives packed tightly together in small crates and cages while chickens are crammed by the tens of thousands into sheds with barely enough room to move around. They will never step on grass and only feel the sun on their faces on their way to the slaughterhouse.

Factory farming is a broken system where the interests and needs of the animals have been erased entirely. They need your help to change this cruel food system for good.

The suffering of animals inside factory farms

When it comes to factory farming animals, cruelty exists in every sector.

On pig farms, piglets are mutilated by having their tails, testicles, and teeth cut without painkillers or anesthesia. Mother pigs are trapped in crates so small they can’t even turn around.

Hens used for their eggs are confined to small and barren metal cages, unable to even spread their wings or engage in anything natural and comforting to them.

Since male chicks don’t lay eggs, they’re disposed of like garbage, either suffocated to death or put into large industrial grinders while still fully conscious.

Chickens have been selectively bred to grow to an abnormal weight so fast that they often develop joint and skeletal problems and have chronic pain. Some even die prematurely due to organ failure, heart attacks, or not being able to reach food and water.

In the dairy industry, cows are artificially impregnated by workers to keep milk production flowing. Newborn calves are separated from their mothers shortly after being born.

Fish are killed by being gassed, electrocuted, or decapitated or they’re left to die by suffocation when left out of water too long.

To make “foie gras,” ducks and geese are force-fed three times a day with long metal tubes to unnaturally enlarge their livers.

Inside the slaughterhouse, animals are often stunned improperly before they are killed, leaving them fully aware of the horror they are enduring.

Raising and killing animals for meat, eggs, dairy, and other products causes enormous suffering to animals who are as sensitive and intelligent as the dogs and cats we share our homes with.

What has Animal Equality done so far?

From our first investigations in Europe in 2007 that achieved widespread media coverage and important sentences against animal abusers, Animal Equality has been achieving meaningful change for farmed animals around the globe.

Our investigations in India resulted in government recommendations to the entire industry as well as bans on cruelest practices such as the sale of foie gras. In Mexico, Animal Equality has brought about laws that make farmed animal cruelty a crime, and in the US we have been supporting efforts to ban cages in major states, helping to pass Prop 12 in California, and Question 3 in Massachusetts. These laws not only ban cages, but also the sale of products that come from animals confined to cages in both states. In 2021, we calculated that our efforts directly impacted approximately 229 million animals.

We have achieved important changes for animals and are committed to ending factory farming through our corporate, legislative, and educational initiatives.

How can I help end factory farming?

Every time you share our news stories and investigations on social media, sign our petitions, and donate to fuel the work of our brave investigators, you are helping to change the future for animals. And each time you choose to leave meat and other animal products out of your diet, you’re directly eliminating animal abuse and suffering.

Every time you sign a petition to call for a ban on cages or end the sale and production of a cruel product like foie gras, you’re helping to eliminate some of the worst abuses to animals on factory farms. Now, it’s time to end factory farming.

And this is why we need your help now more than ever. Because the magnitude of what we’re trying to accomplish is huge.

The signatories of this petition will urge companies and lawmakers to change their policies and implement laws to change the US food system.

A better world for animals is possible, and it starts with you.