ALL DONATIONS MATCHED FOR A LIMITED TIME! Give now 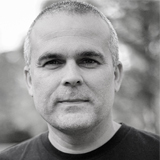 An Animal Equality undercover investigation inside Madox Farm, a dairy farm in Carmarthenshire, South Wales revealed workers kicking and punching cows in the face and stomach, twisting their tails, and hitting them with sharp metal shovels. The footage aired on BBC One’s Panorama, and was seen by millions of viewers. Animal Equality is calling for the farm to be prosecuted and held accountable for its crimes.