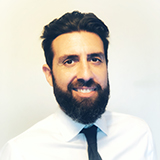 Animal Equality released an investigation documenting suffering and abuse on a pig farm in Lombardy, Italy, affiliated with the Bompieri Group, whose products are known through a marketing slogan to be the “Excellence of Made in Italy.” The investigation—carried out in collaboration with local Italian television—reveals poor and unsanitary living conditions, as well as sewage spills that could put the surrounding environment at risk. The footage also shows the mummified and worm-filled carcasses of dead pigs abandoned in the corridors of the farm, in violation of animal disposal laws.