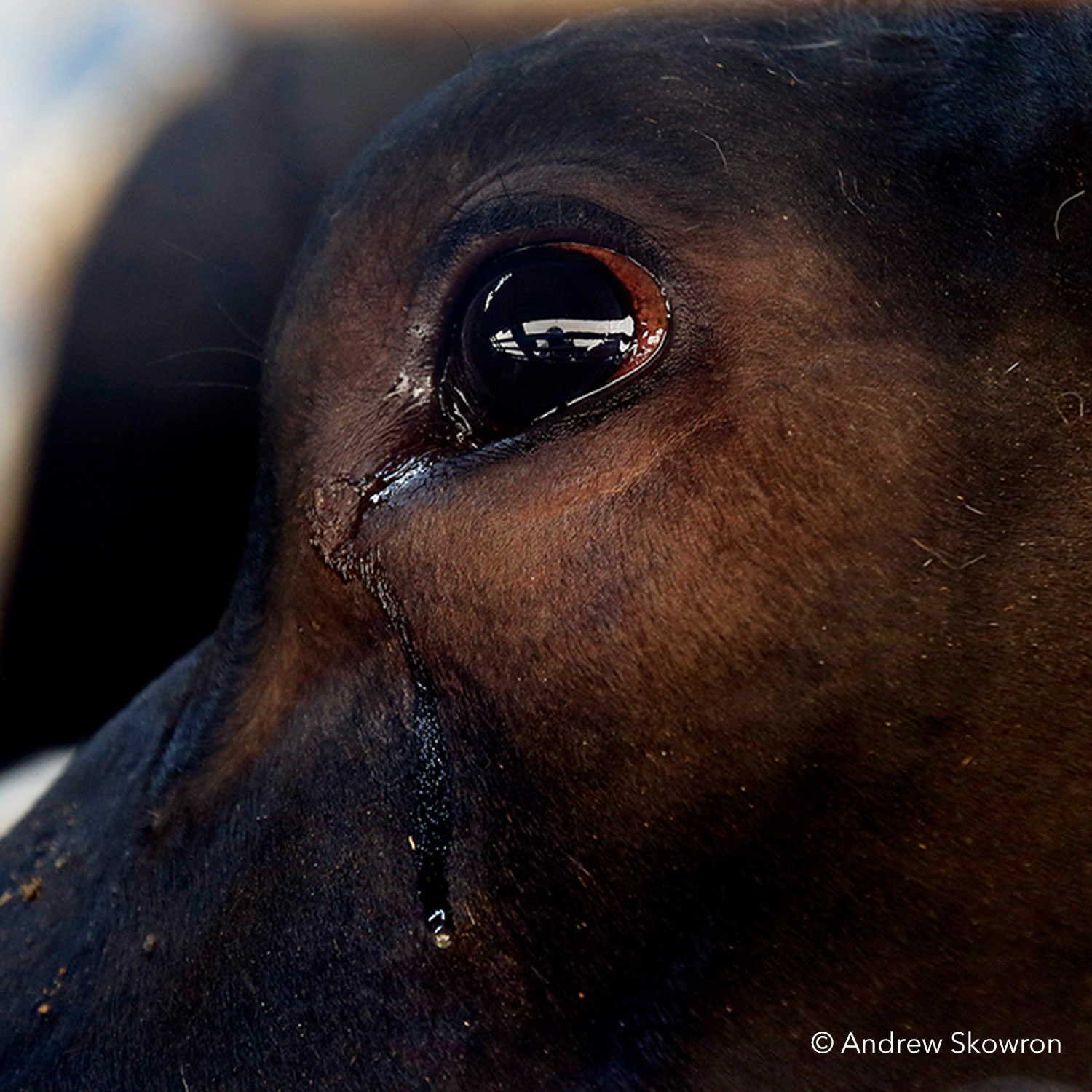 The Truth About Cows Raised for Human Consumption

Dane Charbeneau
September 10, 2021
The public deserves the truth. For this reason, Animal Equality's investigators take their cameras where the industry does not want you to see.

Animal Equality is committed to exposing the terrible fate of cows, calves, and steers exploited by both the meat industry and the–only seemingly less cruel–milk industry.

Our investigative team has captured images and footage from around the world showing the harsh living conditions, inherent suffering, and brutal abuse that farmed animals endure.

The evidence we have gathered over the years shows calves left outside to die in freezing temperatures in the US, calves beaten and force-fed in the UK, and pregnant cows slaughtered in Brazil.

In addition to documenting animal welfare issues, Animal Equality’s investigative team in Brazil has uncovered the devastating environmental impact of beef production in the Pantanal, one of the world’s most biodiverse areas.

Behind all of this suffering and destruction are industries that treat cows as money-making machines. It’s a system of endless suffering; calves separated from their mothers, females exploited for their milk, and males killed for their meat. That’s why the animal agriculture industry–relentless in its pursuit of profits–is so careful not to reveal what is happening behind closed doors.

The public deserves the truth. For this reason, Animal Equality’s investigators take their cameras where the industry does not want you to see: onto the trucks that transport cows across countries and continents, into the air above the Amazon Rainforest where forests are burned and cleared for cattle farming, and inside factory farms and slaughterhouses.