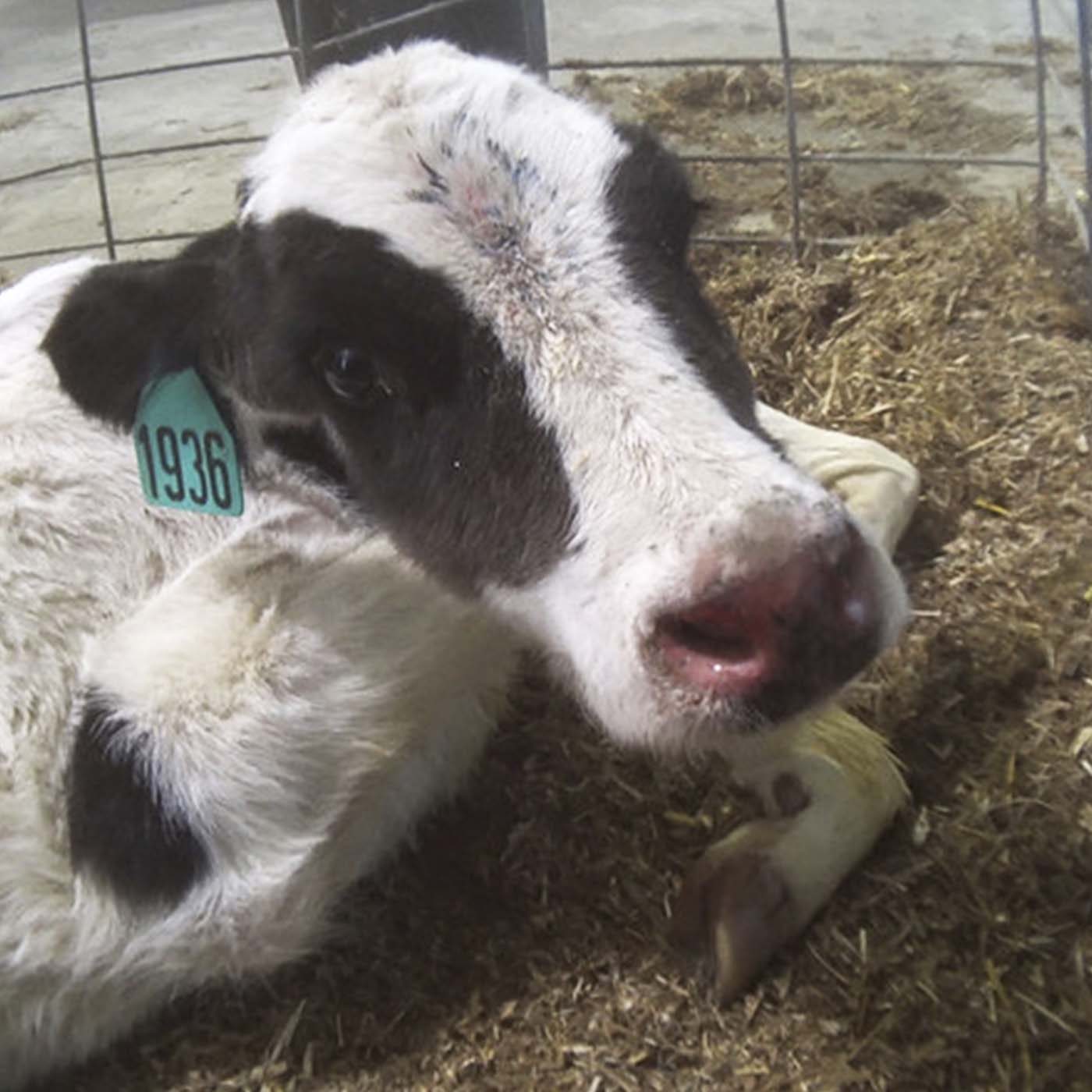 Animal Equality
January 2, 2020
Our brave investigators risk it all to expose the truth, and we will never give up. Here are the investigations that changed the world in 2019.

We believe that people have the right to know where their food comes from and what industries are doing behind closed doors. That’s why investigations are a cornerstone of Animal Equality’s work. Our brave investigators go undercover and risk it all to document and expose what goes on in slaughterhouses, industrial farms, and other places where animal abuse is often hidden from the public eye. Here’s a recap of some of our most important investigations of 2019:

BRUTALITY AT THE GADHIMAI FESTIVAL REVEALED: The Gadhimai Festival, which takes place every five years in Nepal, hosts the largest animal sacrifice in the world. Although the government banned filming at this year’s festival, our undercover team used drones and cameras to capture exclusive footage of the cruel ritual slaughter. Our petition gathered over 95,000 international signatures urging the Nepalese government to ban the slaughter.  We also collaborated with the Red Cross Society of Nepal to organize a blood donation camp on festival grounds, so attendees could to give their blood to honor the deity instead of sacrificing animal blood. Although over 3,000 animals were killed at the 2019 festival, many others were spared — the festival committee had planned to sacrifice over 15,000 buffaloes. Our combined efforts with other animal protection groups likely resulted in this reduced number of deaths. Sign our petition urging the Nepalese government to enforce a ban on animal sacrifice at the next festival.

ROONEY MARA JOINS ANIMAL EQUALITY TO INVESTIGATE FACTORY FARMS: Animal rights activist and actress, Rooney Mara, joined Animal Equality on an investigation inside two factory farms. The video footage, narrated by Mara, reveals conditions that are considered standard on most modern farms: mother pigs kept in crates so small that they can’t turn around to care for their babies, and chickens languishing in filth, many unable to stand. The investigation, called “With My Own Eyes,” encourages viewers to examine the harsh and painful reality for billions of animals suffering in the meat industry.

TURKEY INDUSTRY CRUELTY EXPOSED: Animal Equality investigators documented the lives of turkeys inside modern hatcheries, farms, and slaughterhouses. The footage was obtained in Spain, however, what we documented is similar to what we’ve seen time and time again in the turkey industry throughout the world: chicks discarded alive and crushed in trash containers, birds mutilated—the tip of their beaks burned off, and turkeys genetically selected to grow so large that their legs and organs cannot support the massive size of their bodies. Many are unintentionally boiled alive where fast-moving lines often fail to kill the birds before they are dropped into the scalding tank.

HORROR INSIDE BACKYARD, UNREGULATED LAMB SLAUGHTERHOUSES: Animal Equality Mexico brought to light the cruel treatment and slaughter of lambs and sheep in backyard pens and underground slaughterhouses in the States Hidalgo and Mexico. Our undercover footage shows lambs dragged, tied up, and killed while being fully conscious and in full view of one another, many suffering prolonged deaths.  We’re currently pushing lawmakers to criminalize operating and working at these slaughterhouses, and punishable with up to five years of jail time.

SHEEP BRUTALLY KILLED IN UK SLAUGHTERHOUSE: Our investigator went undercover at Farmers Fresh Wales slaughterhouse in Wrexham, North Wales, and witnessed unimaginable cruelty. Sheep and lambs were decapitated in front of each other, corpses were piled on the backs of live sheep on a conveyor belt, and the use of inadequate machinery resulted in animals becoming painfully trapped and hanging in mid air.  What was most shocking, though, was that cruelty in this slaughterhouse had been uncovered previously by Animal Aid, and that much of this suffering took place with a Food Standards Agency inspector present.

THE CRUEL IMPACT OF ITALY’S BUFFALO MOZZARELLA PRODUCTION: In addition to the exclusive images shot by our investigators, Animal Equality included videos from Vier Pfoten International, a German animal protection organization that has conducted several investigations of buffalo mozzarella production in the area. Additionally, Animal Equality collected testimonials of Italian personalities who knew the conditions of these farms first hand – farms where almost half a million buffaloes are bred every year.  Our video footage revealed animals covered in mud and feces up to their knees, animals forced to live alongside dead bodies, and baby male buffaloes left to die of hunger and thirst. Buffalo mozzarella production in the area is also responsible for sewage spills and contaminating surrounding areas and drinking water.

AMAZON RAINFOREST DESTRUCTION: After the devastating wildfires decimated the Amazon Rainforest, Animal Equality Brazil sent investigators to Northern Brazil to document the increased deforestation of the Amazon rainforest and its connection to animal agriculture. Cattle farming is mostly responsible for deforestation, with fires set to turn forests into pasturelands for cows or soy plantations to grow feed for animals raised for food. Our footage shows that the devastation of the Amazon rainforest for animal agriculture is extreme and far-reaching.

SUFFERING AND AGONY INSIDE ITALIAN PIG SLAUGHTERHOUSES: Animal Equality Italy released a horrifying video from within a pig slaughterhouse in Lombardy, Italy. Terrified pigs tried to escape were gouged with electric prods. Many animals were not stunned properly and were still conscious as they were hung upside down by their legs and slaughtered. with scenes shot inside an Italian slaughterhouse showing the brutal killing of pigs. We’ve collected the support and signatures of over 140 thousand Italian citizens who have asked for change and new reform legislation regarding animal slaughter, and we’re using this footage to push for the installation of closed-circuit television cameras in all Italian slaughterhouses.

ANIMAL EQUALITY COLLABORATES WITH ITALY’S NATIONAL MEDIA OUTLET TO EXPOSE CRUELTY IN ITALIAN SLAUGHTERHOUSE: For four months Animal Equality Italy’s investigation team, along with Tg2 journalist and host Piergiorgio Giacovazzo, made visits to a pig farm in the Northern Italian region of Lombardy. Despite the region’s animal welfare laws, we found that the thousands of pigs living on the farm were being subjected to extreme confinement, filth, untreated wounds, and abuse, including a worker who killed a pig by throwing the animal against a wall. We started a petition urging the Minister of Agricultural Policies to close this farm and improve oversight of all farms in the area.

SHOCKING SCENES OF NEGLECT INSIDE U.S. CALF RANCH: In our first investigation of a farm in the United States, Animal Equality released shocking footage revealing a pattern of neglect at Summit Calf Ranch in Nebraska. The facility housed 11,000 calves and is owned by Tuls Dairy a supplier of Bel Brands, producer of Babybel and The Laughing Cow cheese. Our investigator documented prolonged suffering of dozens of calves who froze to death outdoors. The extreme cold caused some calves to suffer without medical treatment, even when their limbs froze and their hooves separated from their legs. Sick baby animals were often discarded in a “dead” pile left to suffer in agony. As a result of this investigation we started a petition against Bel Brands and urged the public to stop consuming dairy products.

INDIA’S EGG INDUSTRY: Animal Equality India investigators visited several egg facilities in the Indian states of Maharashtra, Gujarat, Andhra Pradesh and Telangana. We found hens crammed together in cages stacked on top of each other with hardly any space to move, sick and dying animals, hens with deformed feet and missing feathers, and massive piles of urine- and feces-soaked litter under the cages.  We’re pushing the Indian government to phase out the use of cages for hens along with a list of recommendations to reduce the suffering of these animals.

HIGH-RISE OF HELL: Our investigators visited Red Tractor-certified farms Saltbox, Ladywath and Mount multiple times between February and April 2019 and found shocking cruelty within the massive double-decker chicken sheds, which held over 30,000 birds on each floor. They saw many chickens unable to stand, which is unfortunately common in the chicken industry, and carcasses left to rot for days amongst the living birds. These farms supply chicken to major retailers in the UK, including high-end supermarkets. The conditions documented on these farms are far from what most consumers would consider to be “high-welfare.”

SUFFERING, ABUSE, AND CANNIBALISM ON CHICKEN FARMS: After a whistleblower’s tip-off, Animal Equality’s investigators filmed on three Red Tractor-certified UK chicken farms that produce chicken for Faccenda, one of the UK’s largest chicken companies. As we’ve witnessed time and time again, our investigation revealed dozens of birds collapsed under the weight of their unnaturally large bodies. Hidden camera footage showed workers kicking and stepping on birds, breaking birds’ necks, and throwing dying birds into a pile to suffer. From the stress of confinement, some animals resorted to cannibalism on at least one farm after the corpses of dead birds were left to rot with the living.

TURKEYS EATEN ALIVE ON AWARD-WINNING UK FARM: In our first investigation of 2019, Animal Equality released harrowing footage showing extreme suffering and cannibalism on an award-winning UK farm, Grove Smith Turkeys Ltd, which supplies turkeys to high-end UK retailers, local butcher shops and pubs. The birds were branded as “English Rose” turkeys and marketed as “prestigious” and “high-welfare.” We documented birds unable to walk being pecked at and eaten alive by flockmates, an unnatural behavior brought on by extreme stress, boredom, and confinement. Multiple animals suffered from severely infected wounds and blindness.

As you can see from our investigations over the past year, these aren’t isolated incidents. Cruelty is commonplace where animals are regarded as products. But the good news is that it doesn’t have to be this way! Humans can live healthy and happy lives without harming others. The best possible way you can help animals in 2020 is by simply not eating them.