Animal Equality
August 23, 2019
The tuna industry is not only terrible for the environment and human health, but it’s also hell for the animals who are trapped and killed.

FISH FEEL PAIN: Time and time again, science has proven that fish have the capacity to feel pain and fear, and they suffer in the same capacity that other animals do. Regardless of this fact, fish aren’t protected by the Humane Slaughter Act in the United States. This means that they’re killed in a variety of excruciating ways, without regard to the suffering they endure before death. 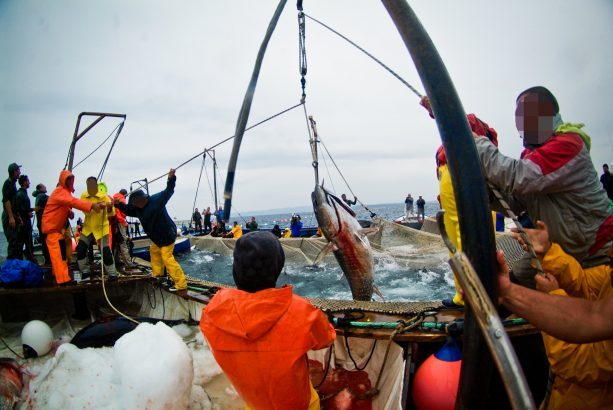 YANKED FROM THEIR OCEAN HOMES, TUNA START TO SUFFOCATE: When fishers pull tuna out of the water, the frightened animals begin to suffocate and frantically struggle. Animal Equality documented the annual Bluefin Tuna slaughter in Italy, and witnessed a massacre of tuna being trapped in the water, harpooned, and pulled aboard ships as they thrashed and struggled to breathe.

PROLONGED AND PAINFUL DEATHS: Once the tuna are out of the water, fishers typically club or stab them with harpoons in an attempt to kill them. Oftentimes, the tuna have to be hit multiple times before finally dying. Their last moments on earth are filled with unimaginable panic, fear, and pain. 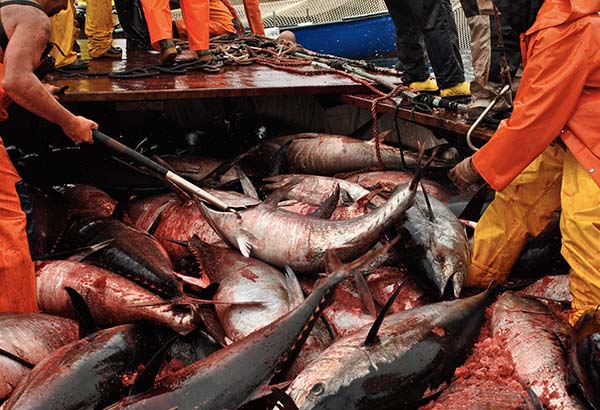 OTHER ANIMALS SUFFER: There are a few different methods used to catch tuna, and many of them result in unintentionally catching other species of fish or sea animals, such as turtles, dolphins, and sharks. These other animals, known in the industry as “bycatch,” are trapped in nets along with the tuna, or are hooked when they bite onto bait intended for tuna in longline fishing. Each year, hundreds of thousands of non-target animals die needlessly as a result of bycatch. 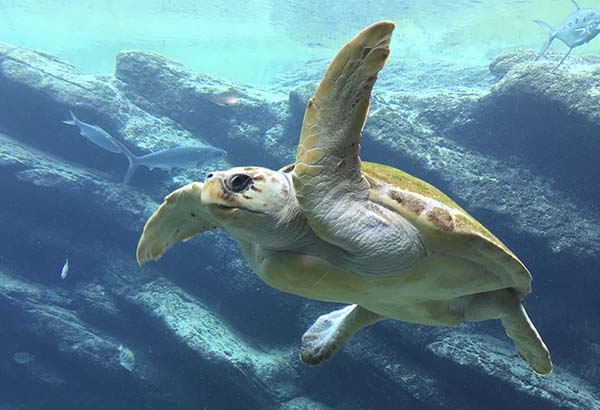 WHAT YOU CAN DO: We know that fish are intelligent individuals who often live in complex social groups, use tools, and can feel anxiety and pain—and we know that the tuna industry hurts them and other animals. The best possible way we can help fish is by simply not eating them. It’s easier than ever to leave fish and other animals off your plate with all of the plant-based foods in grocery stores and restaurants nowadays, including vegan tuna options made by brands such as Good Catch, Sophie’s Kitchen, and Loma Lunda! Remember: fish are friends, not food.