Stop the Massacre of Male Chicks 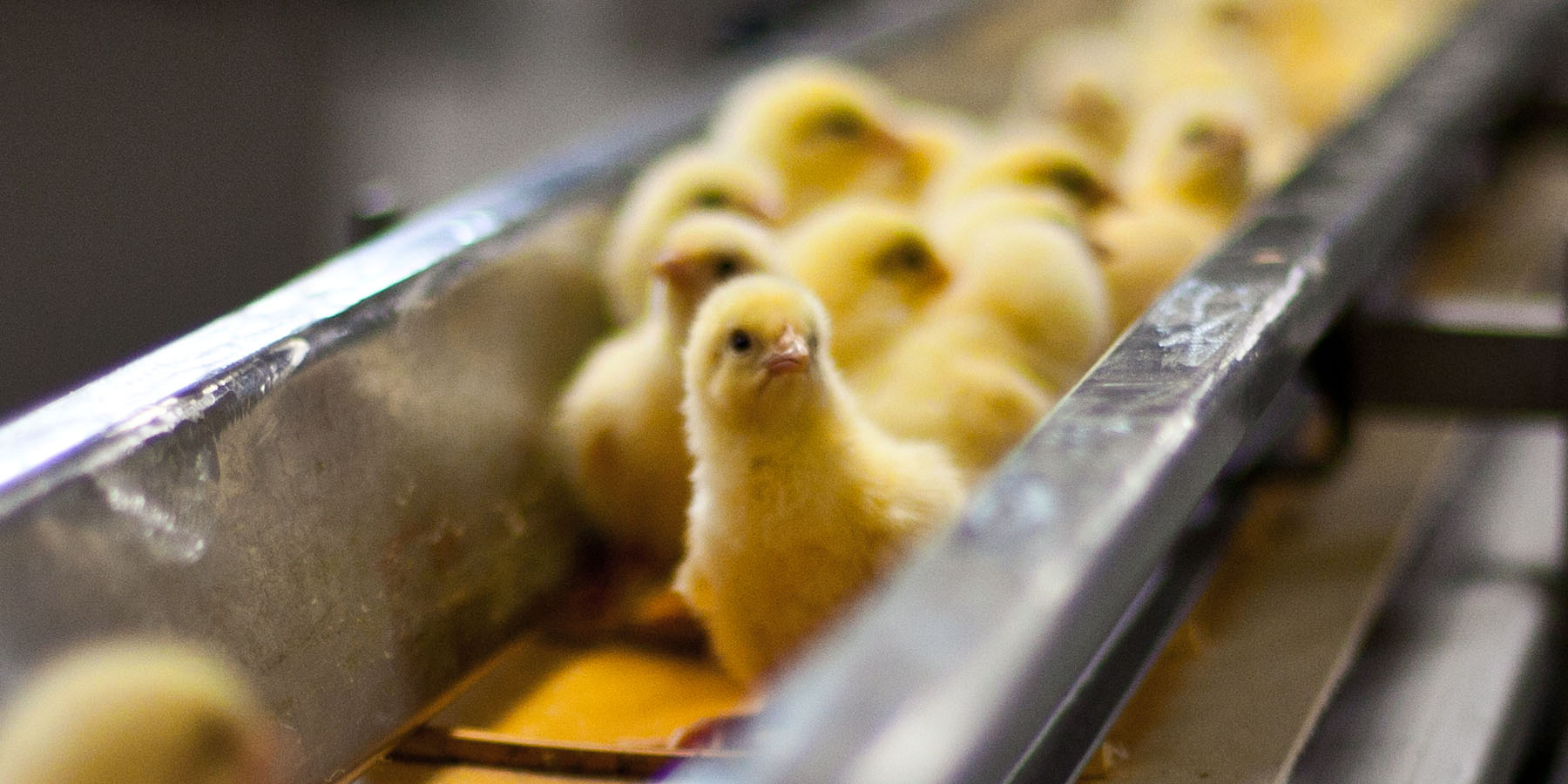 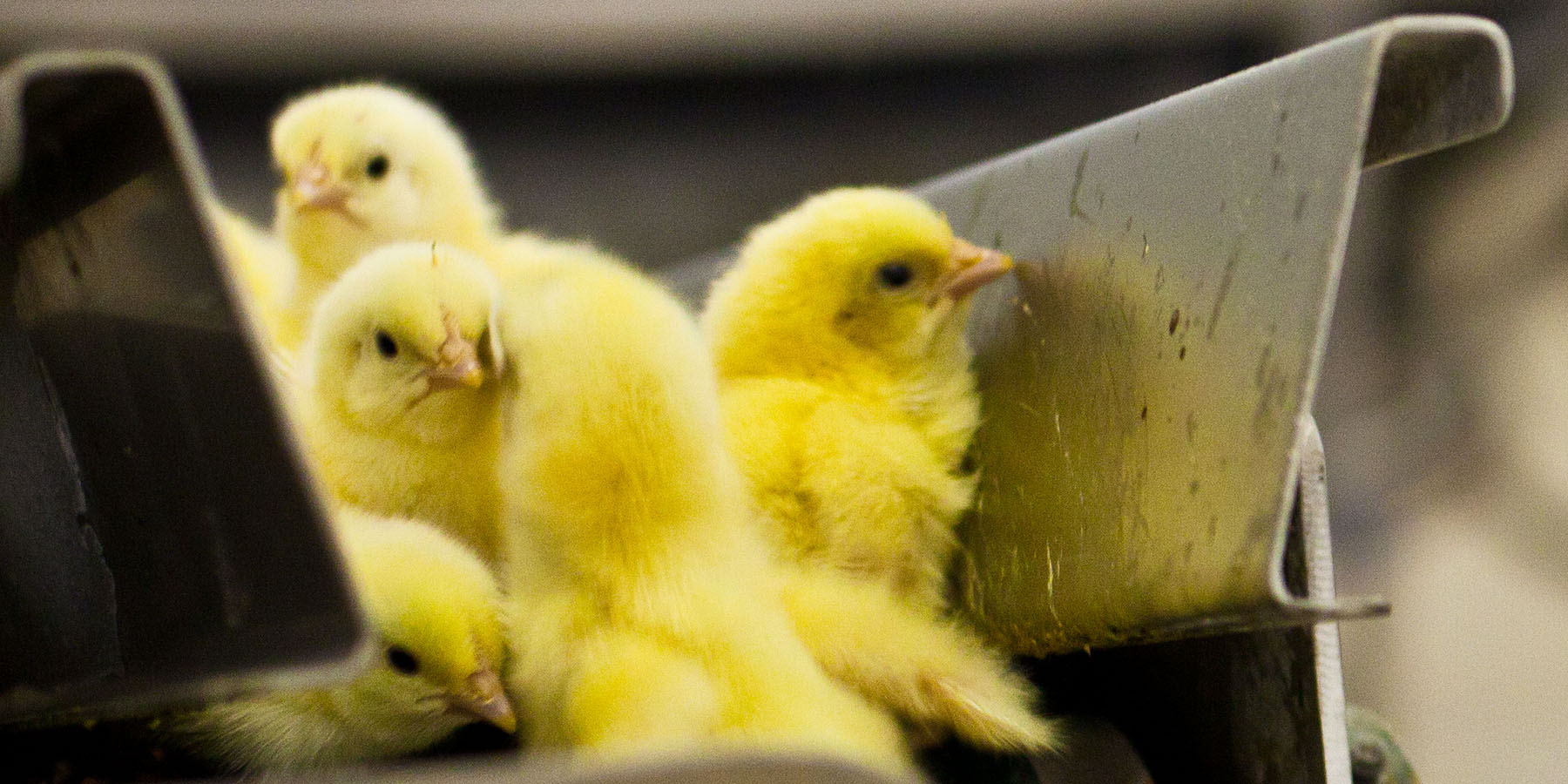 Baby Chicks Killed for Being "Worthless"

Billions of birds face death on the day they are born simply because their lives are not profitable. In the United States, around 260 million male chicks are killed each year. This means around 30,000 freshly hatched chicks every hour.

Why is this happening? Male chicks cannot lay eggs, and they are not the same breed of chicken used for meat. As a result, these baby animals are deemed worthless by the egg industry and are brutally killed, using extremely cruel techniques.

Unfortunately, all of this is completely legal.

One commonly used killing method is maceration, in which the animals are transferred to a machine called a grinder and are killed by “shredding”. The birds are alive and fully conscious as their bodies are violently shredded.

In some parts of the world, shredding chicks alive is not allowed. Yet they may still be burned, crushed, or drowned, as undercover research has shown. Another common method for killing these chicks is by using CO2 gas. This, too, is cruel – a recent study found that animals show behavioral signs of suffering during this process. In the U.S., some chicks are also killed by electrocution.

Whatever method is used, killing newborn baby chicks should be banned.

The Brutality of the Egg Industry 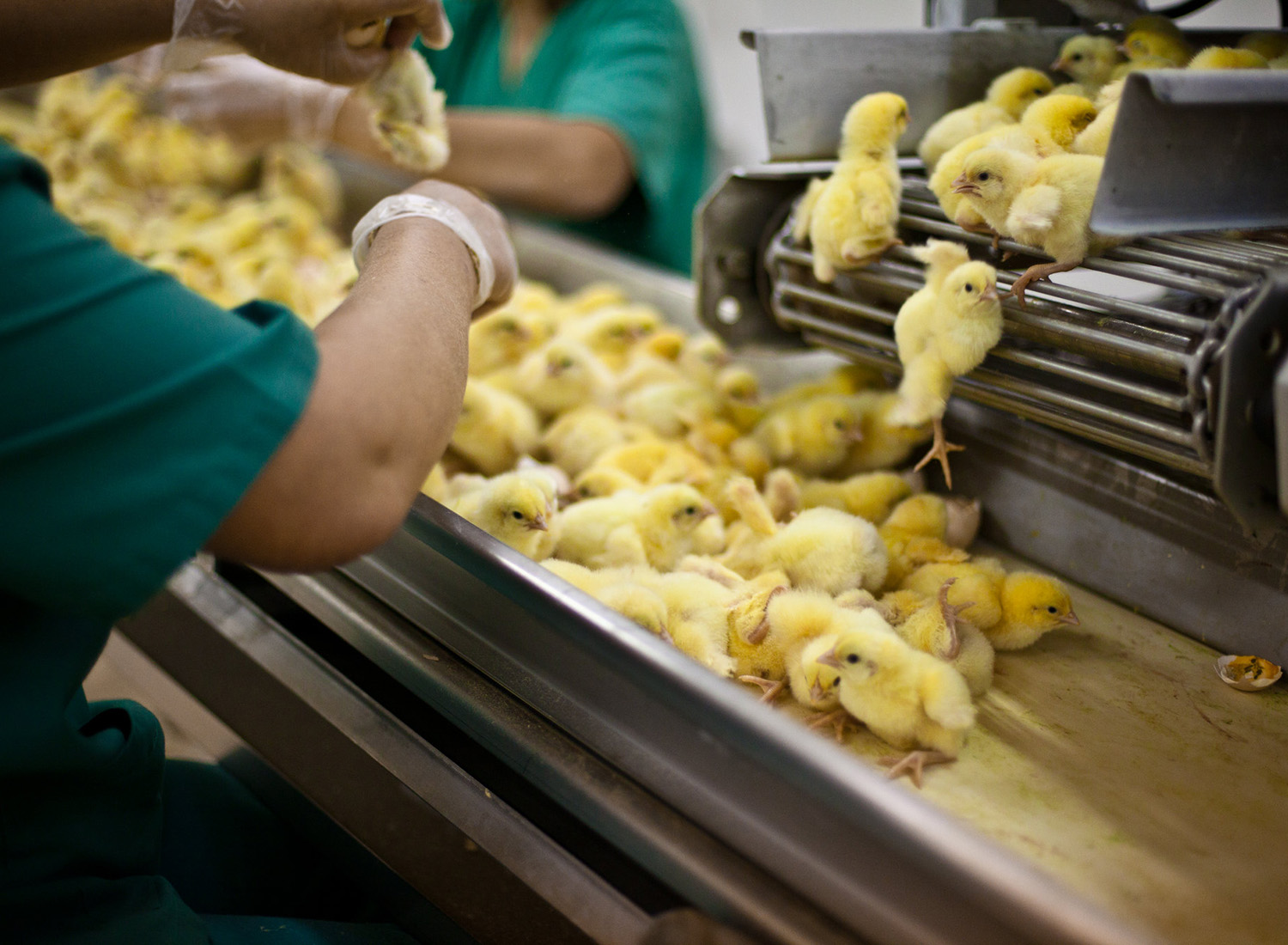 As soon as the eggs hatch, workers proceed with sexing to separate the males from the females, violently handling the chicks. 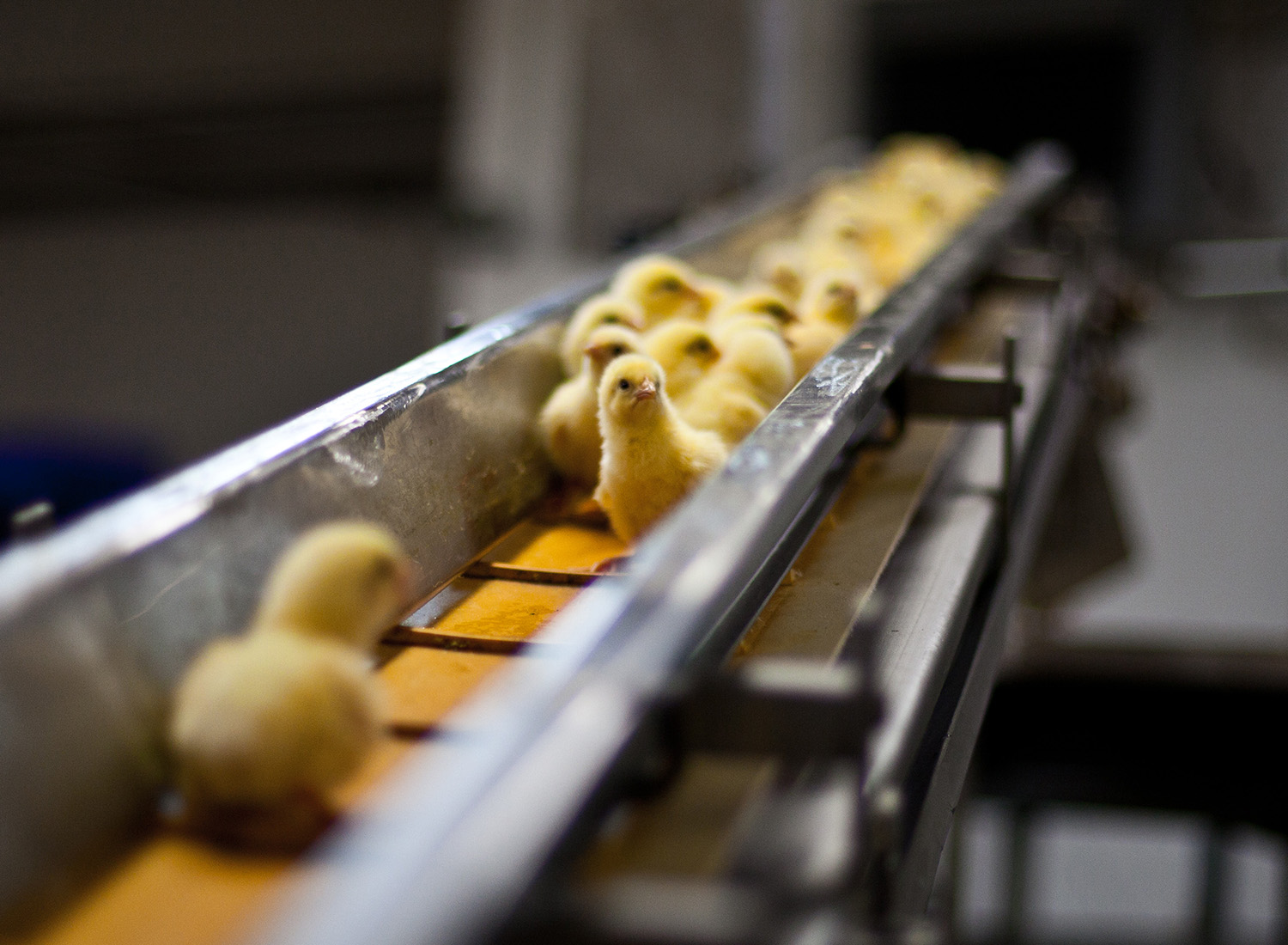 Shortly after hatching, the male chicks, deemed worthless by the egg industry, are channeled onto conveyor belts that lead them to their violent death. 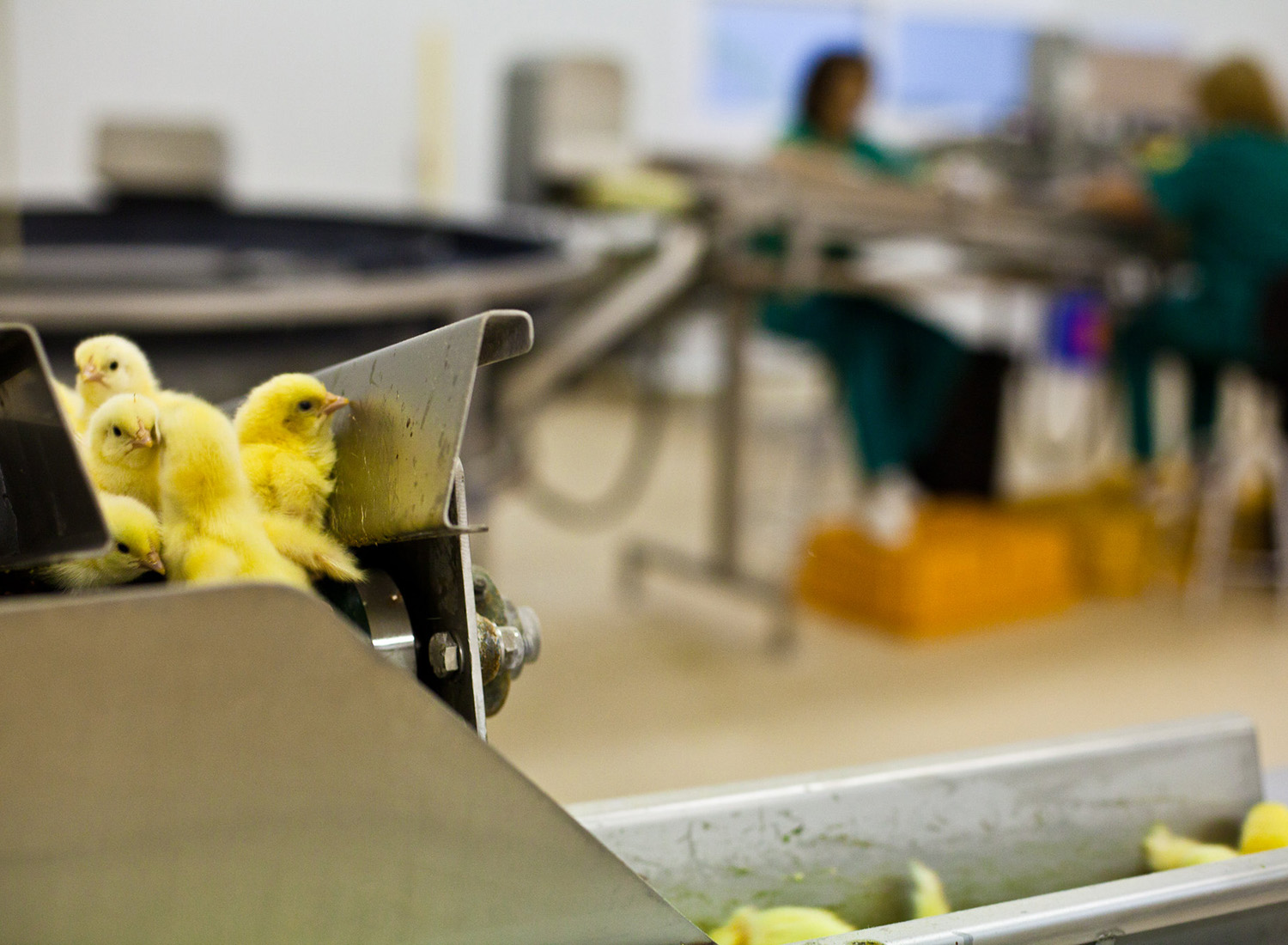 In the U.S. egg industry, male chicks are shredded in a grinder or gassed to death without any prior stunning. Unfortunately, this is all completely legal. 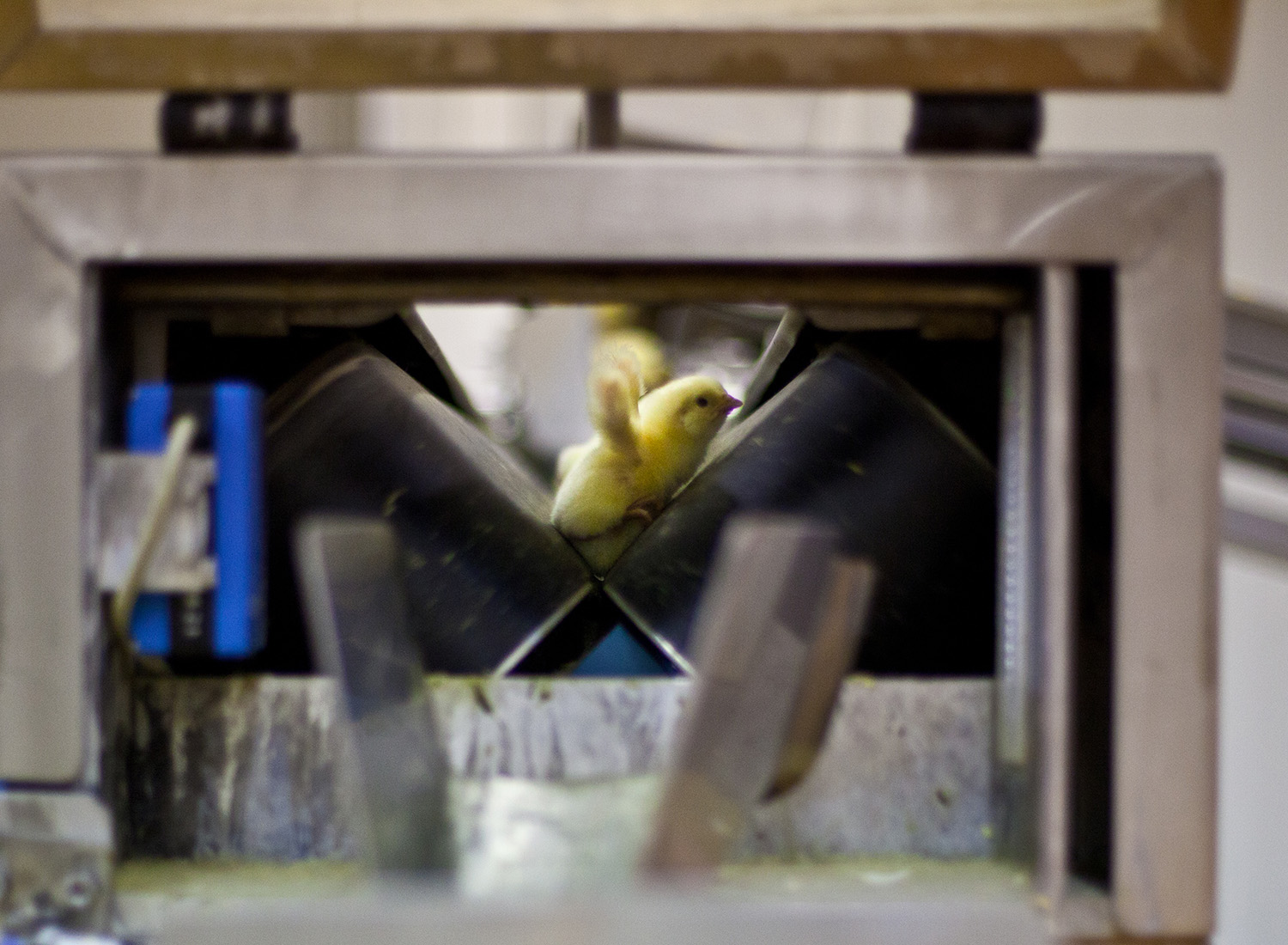 It is a terrible and immoral death, and that is why Animal Equality is raising awareness and trying to create change for the millions of male chicks killed each year.

The Technology That Will Spare Millions of Animals

An alternative, called “in-ovo sexing,” is currently in development to bring this horrific practice to an end. In fact, France has pledged to outlaw the practice of culling unwanted male chicks by the end of 2021, and the German Agriculture Minister has announced that the culling of day old male chicks will be outlawed from 2022.

The aim of in-ovo sexing is to prevent male chicks from hatching in the first place: the sex of the embryo is established before the hatching date (in the egg, hence ‘in-ovo’ sexing). The male eggs are removed from incubation early on, so only female chicks emerge from the eggs after 21 days of incubation.

The routine killing of young and healthy animals has long been unacceptable to animal welfare experts, the general public, and animal protection advocates. Egg products whose production involved male chick culling are still marketed to consumers as “humane.” With increasing public knowledge and disapproval, the search for alternatives has been intensified. Worldwide, there are various approaches that can make the killing of male chicks a thing of the past.

Please sign the petition to lend your support to a public ban on chick culling.

Seeing these innocent newborns slaughtered so violently in the moments after they are born is too much to bear. Chick culling must be banned. Alexandra, Undercover Investigator, Animal Equality 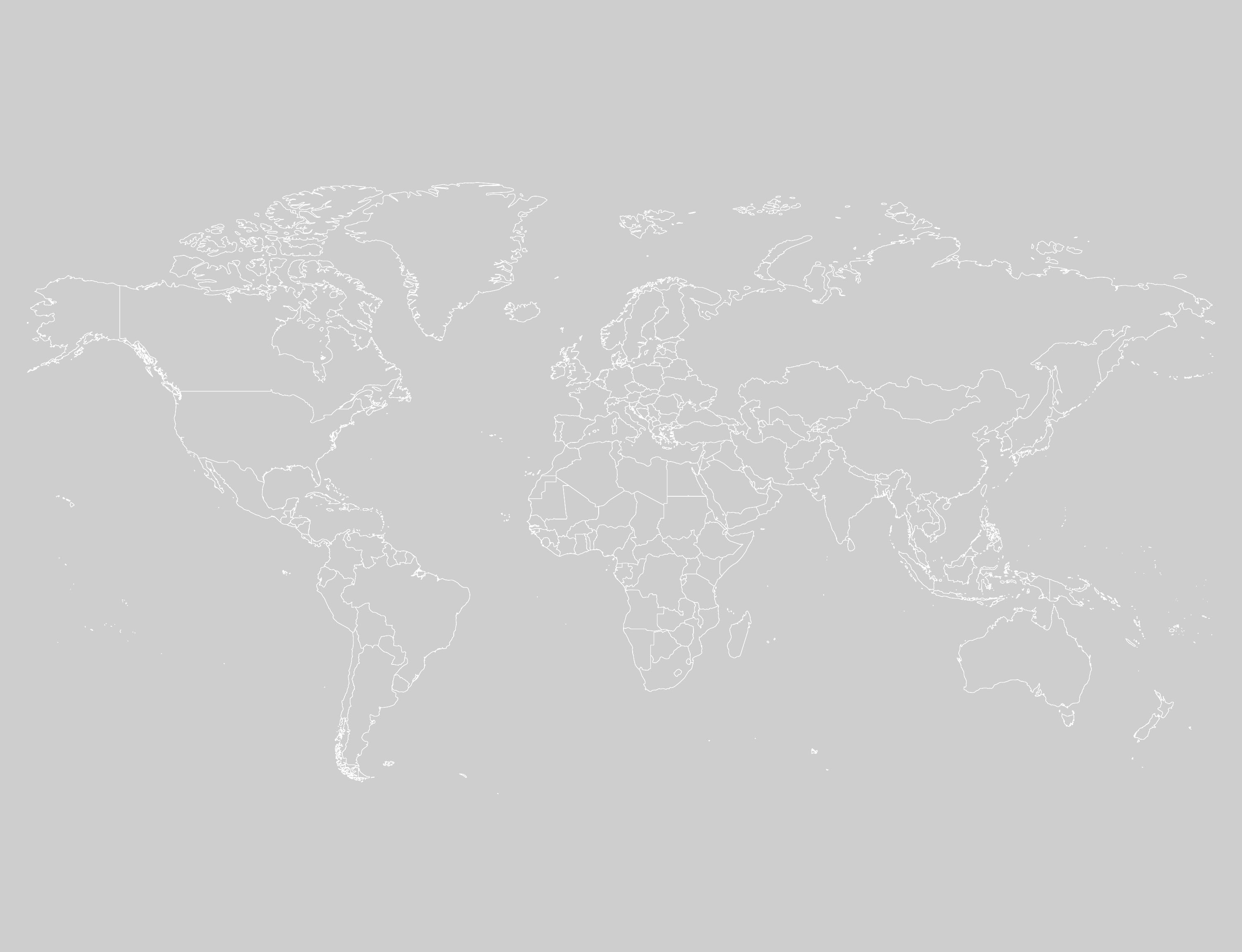 Let's End Cruelty All Over the World

Our investigations are a fundamental pillar within our mission to create a world where all animals are protected and respected.